The world is officially freaking out over the stock market. 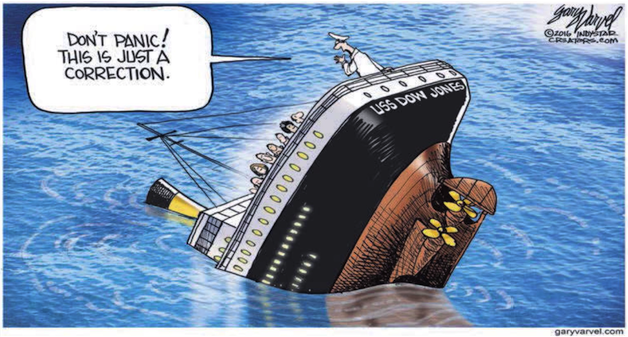 The important part isn’t the cartoon itself. It’s a sinking ship called USS Dow Jones (“right on the nose!”). A Captain, blessedly not labelled “Wall Street Cheerleader” is telling passengers “Don’t panic! This is just a correction.”

To the extent this artwork matters it’s only because it’s on Page Six rather than the business section. Page Six is where New Yorkers go to gossip to about one another. It’s where networks leak “behind the scenes” controversies to trash talent. Brian Williams was murdered on Page Six well before he was cast to Elba.

There’s only one thing to know about mass-media content creation: the goal is to aggressively agree with your target audience. People like to be told they’re smart. That’s how you generate clicks (“newspaper sales”).

Page Six wants to ease itself into the ongoing conversation with a little kick. Right now NY Hipsters are scared to death of stocks. They’ve noticed the crash. Even the cool ones. NYers express fear by punching it in the face then libeling it “off the record”.

Forget other sentiment indicators. The prevailing mood in Bankerlandia is stocks are going lower, no matter what the Space People in Davos tell you.

It’s cool to be bearish. Everyone has their talking points.

That doesn’t mean we’re at a bottom but it does mark the end of the beginning. It’s a Bear Market. Page Six says so (without saying so directly because that would be cowardly).

In fairness, this was published before I created an app for predicting the next market move. Yours free: 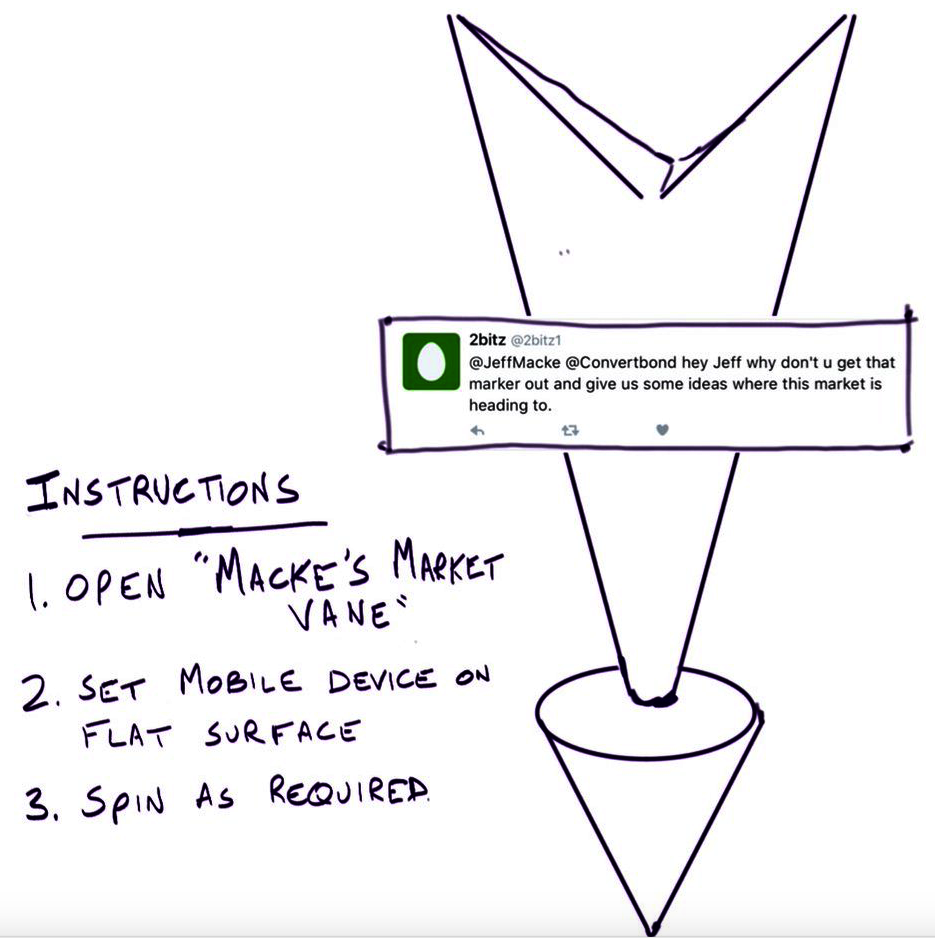 There have been cartoons about stocks for as long as there have been stocks. Art makes great propaganda because the audience doesn’t have to be literate or even necessarily paying attention.

The Chinese have been accused of doctoring their GDP numbers. There are few reasons for this, the largest one being that the Chinese are obviously manipulating their GDP data. (Note: Do I have to say “allegedly” or something here?).

China has responded with official denials but as usual the slave labor artists at Xinhua are there to assuage public fears: 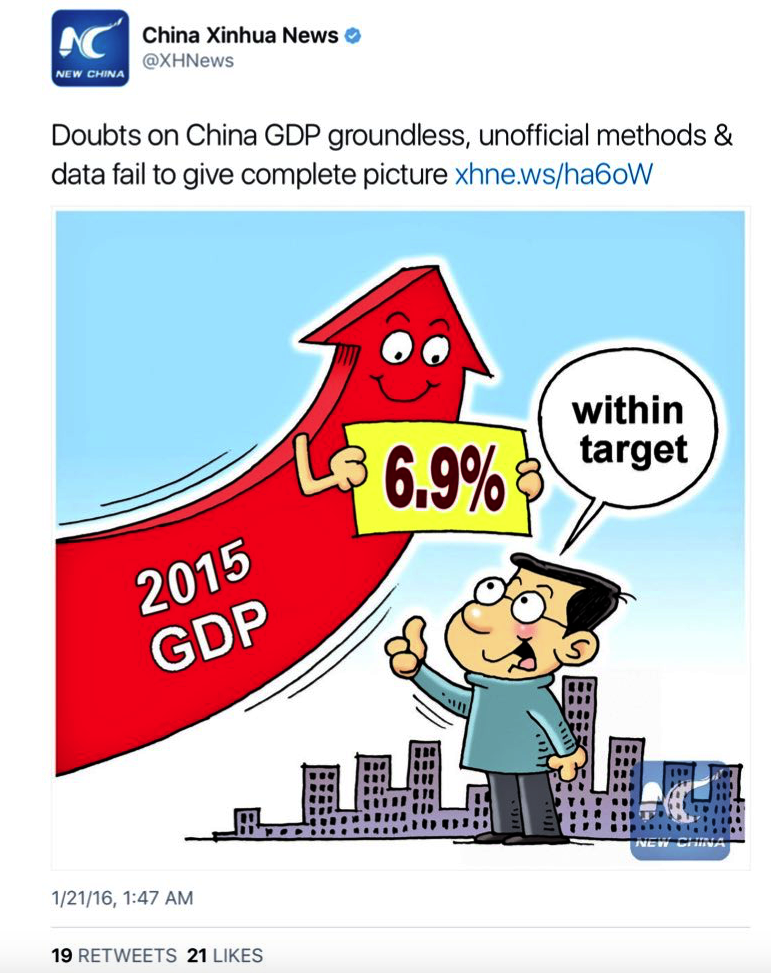 The Chinese aren’t exactly Leni Riefenstahl when it comes to visual impact. Here’s their calming message to investors last July: 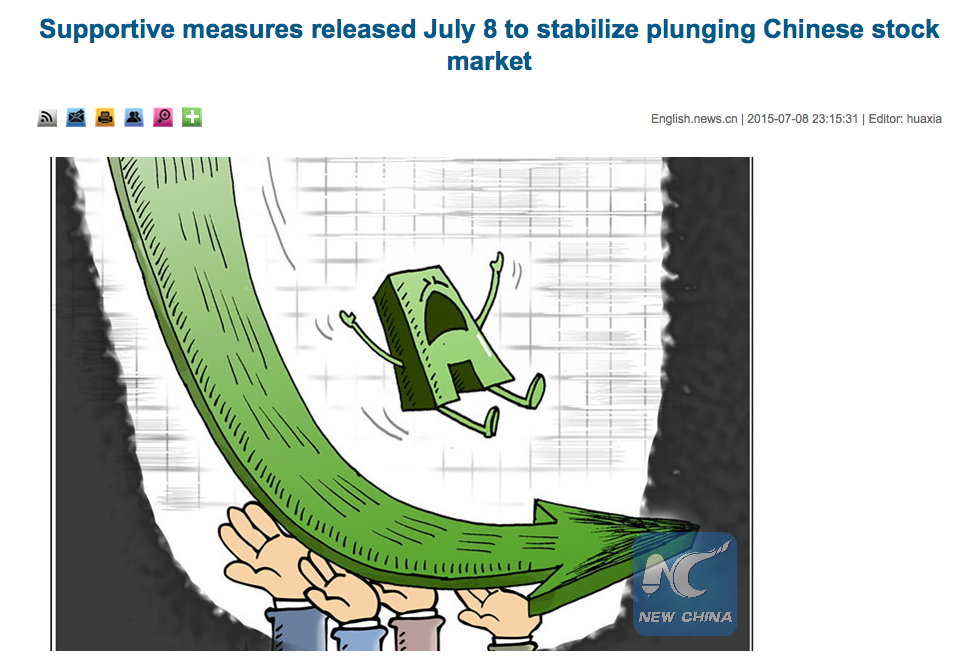 As it happens, this wasn’t the bottom.

“Once Every Bank Stimulates No Banks Have Stimulated” – Subversive Fortune Cookie

For the record the PBOC Injected “the most cash in 3 years” into the market yesterday. It didn’t work. Because Government intervention never works. Especially not with cartoons like the Chinese have. Chinese stocks were lower overnight.

Just to keep things interesting, the US futures were weak all night and are now strongly higher on something the ECB did.

Don’t laugh too much at the Chinese. Here with limited comment are a series of market-related editorial cartoons leading into and in the early stages of the 90% stock slide associated with the Great Depression.

For perspective, the Dow Jones Industrial Average peaked at 388 in September of 1929. It didn’t bottom until 1932. Knowing stocks were going to fall more than 80% over the next 3 years gives a certain poignancy to the 2 “The Fed Will Save Us!” works.

The lesson: Nothing ever changes. Not even the jokes… 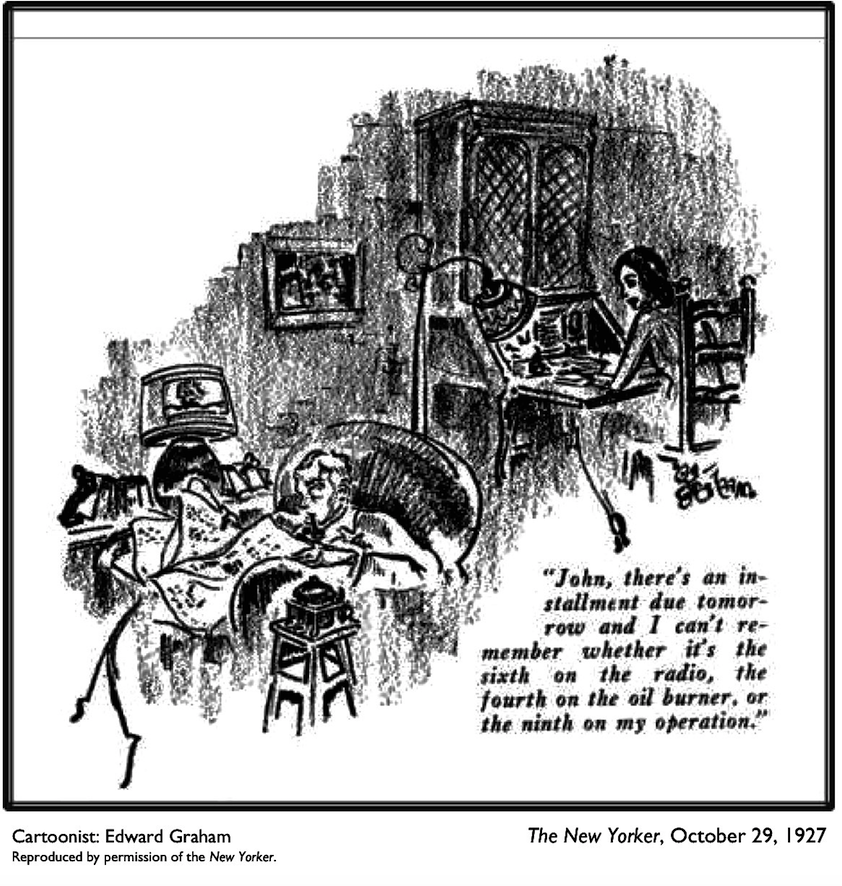 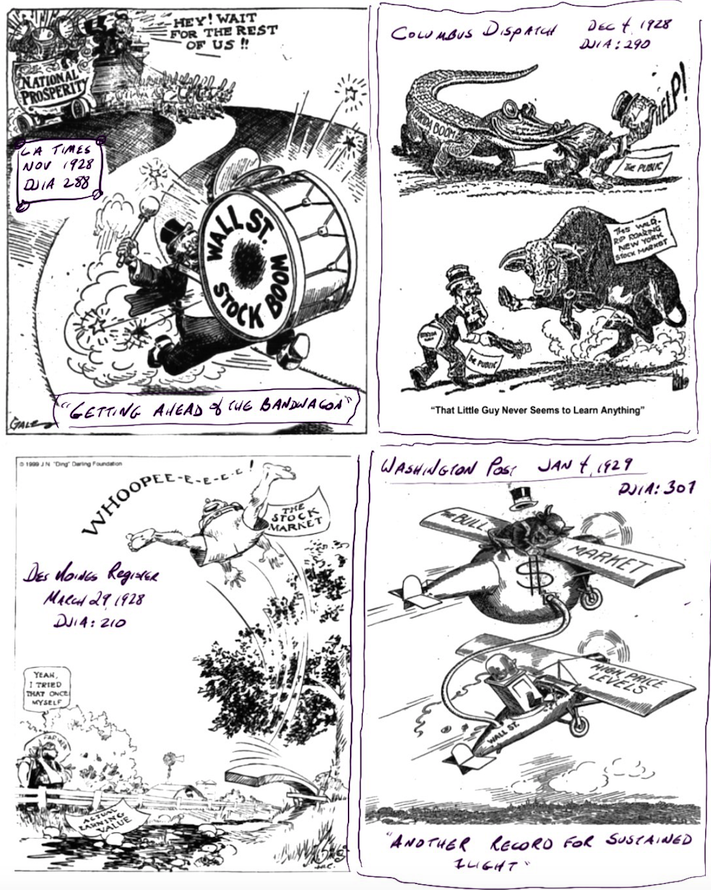