WWE Shares are higher after a WrestleMania that featured a ton of guys my age or older doing genuinely insane things with their bodies.

Witness 46 year old Shane McMahon throwing himself from atop a steel cage:

Futures higher on Jeffmacke Birthday Week, the greatness of this… $SPX $WWE pic.twitter.com/HbxZGpPYtW

If history is a judge the real risk involving WWE is buying the stock here. As per post-WrestleMania custom WWE is holding a State of the Business conference call this afternoon. As seen in the below chart, for the last two years the average drop for shares of WWE during these calls is 20%. 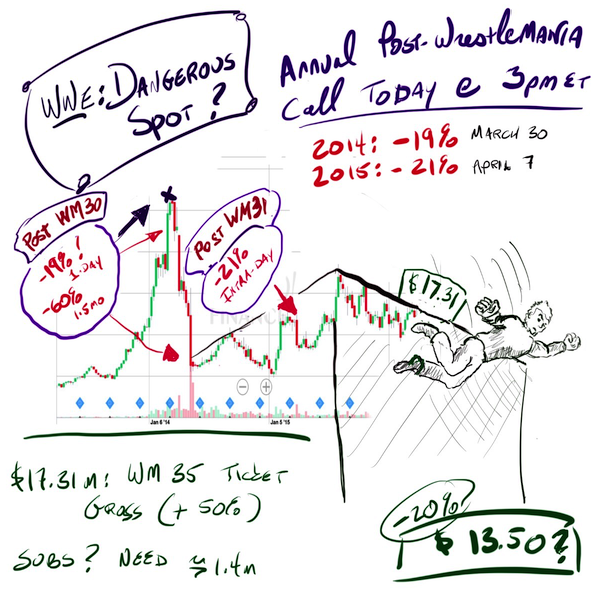 A good portion of that is because WWE Chairman Vince McMahon usually gets on these calls and starts spouting absolutely insane things. Vince doesn’t just play a bad guy in WWE programming. The McMahon family genuinely controls more than 50% of the voting rights to the company.

Shortly after WWE (then WWF) went public Vince announced the company was expanding into football. When an analyst questioned company focus Vince’s response was “kiss my ass”.

The WWE conference call starts at 3pm. The reason you care is the WWE Network is the prototype for all the Over-the-Top products to come from companies like HBO and ESPN. The WWE Network just over 2 years old and has about 1.4 million subscribers. That’s about 75% more subs than HBONow. Unlike HBO, WWE is banking everything on its own network. The company has completely abandoned the pay-per-view business model for monthly events. It’s all or nothing for WWE; either the network grows or the company has to shrink.

Adding to the fun is that it’s impossible to ever tell if the McMahon’s are being serious or doing a gimmick. Even and especially on conference calls. The McMahon family is never, ever not doing a gimmick. The company is hilariously ill-suited to being public but impossible to kill. WWE is also a great tell for America’s appetite for incremental networks.

As I type WWE shares are modestly higher. There’s nothing modest about this company. In a pre-release this moving WWE announced more than $17m in gate for WrestleMania 32, a 50% improvement over last year but hardly the metric analysts are focusing on.

It’s all about subs for WWE and, by extension, Big Media. The madness starts at 3pm. Call in early and keep your eye on the stock. 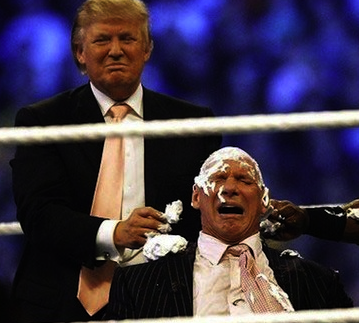 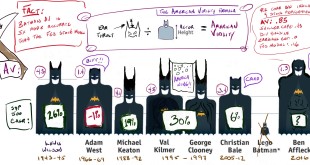