What Better Explanation Do You Need? 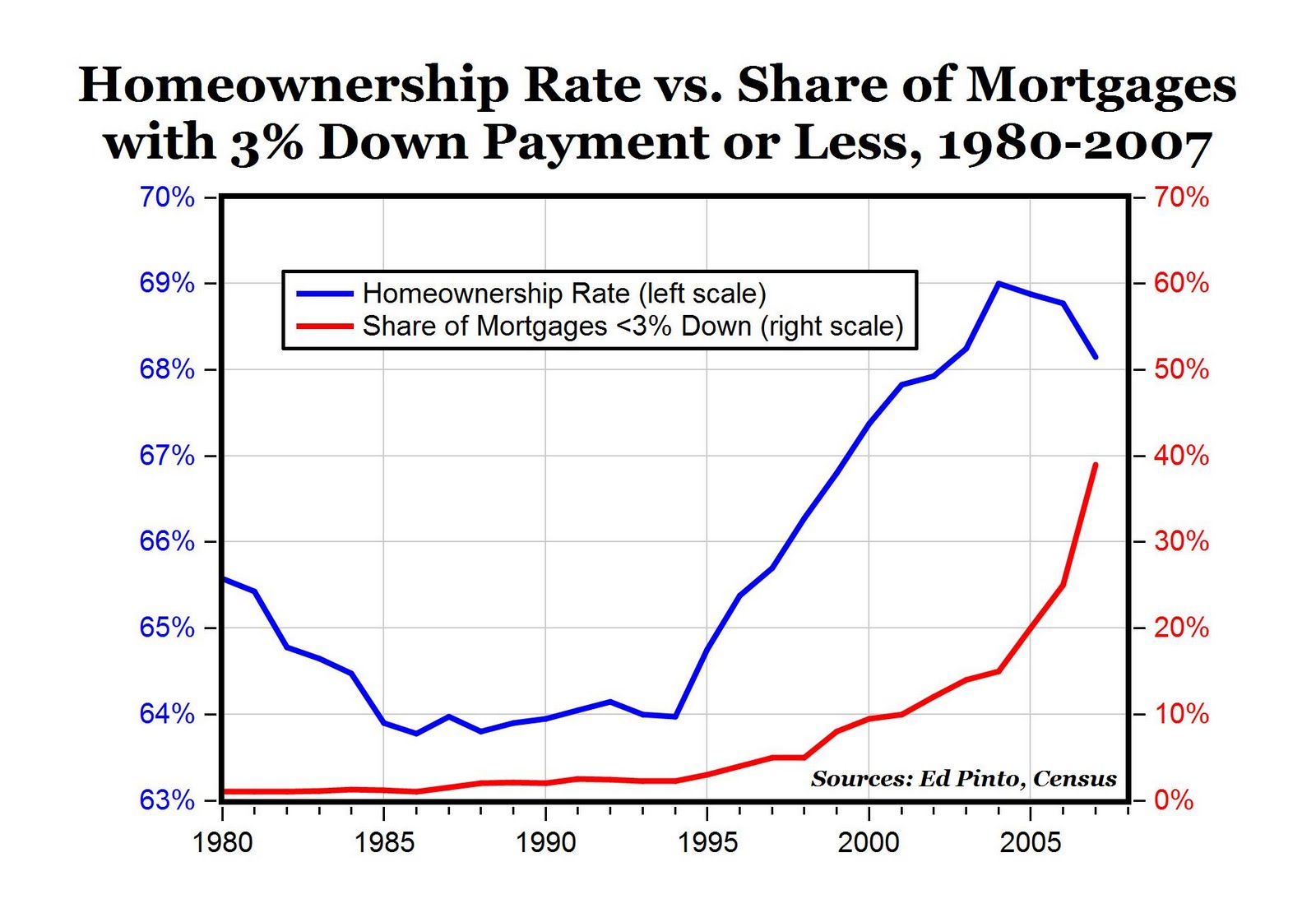 For the Bubble that took down the Economy?

I stayed in Silver and her miners  today because all of my charts are telling me we are still in the early stages of a liftoff in those miners.  The golds on the other hand are a tad more stretched.

As per my announcements in The PPT, I took some profits in DGP, NUGT, IAG and XG today as a result.  I still have plenty more, but wanted to build some cash for opportunities.

END_OF_DOCUMENT_TOKEN_TO_BE_REPLACED

Out of the Woods?

(Some of You May Recognize where I was this Weekend…)
______________________
All is well at last, the Kabuki Theater entertainment has ended and we can all expect bright sunshine and free cherry-bomb popsicles for the remainder of the summer!

It’s hard for me to see this as anything but a temporary positive, as it looks to be another boot of the increasingly cumbersome can “down the road,” once again.    Some of you may have noted that the plan calls for some $2.2 trillion in spending cuts over the next decade.  That may sound like a lot, but one must look at the way Washington politicians (and their scoring body, the Congressional Budget Office [“CBO”] ) define “cuts” before we can analyze that number.   Unlike you and me, who “cut” our own budgets by reducing spending, Washington defines a “reduction in the planned growth of spending” as a “cut.”  What does that mean in practical terms?

Let me give you an example to illustrate:

Some of you may recall my comment the other day on Fly’s blog that if Washington decided today to merely freeze current spending at 2011 budget levels over the next ten years, that would be defined by the CBO as a $9.9 Trillion “cut” in spending over that period.  Why?  Because the CBO looks at current Congressional spending plans like a layman might a five or ten year lease rate– they build regular increases into spending over the specified period.   In other words, the thought that a budget might NOT increase is almost unheard of in Washington.

In fact, it’s so unheard of, that the very “cuts” they are bandying about today are merely decreases in spending growth, not real “cuts” at all.  And since we can’t even afford spending at current levels, this means the “deal” brokered today over much jawboning and posturing doesn’t mean “jack all” with regard to actual deficit reduction, and it means absolutely squatola with regard to the overall burgeoning debt position of the United States Government.

Today, Congress is patting itself on the back for putting a finger in the dike like the famous Dutch boy of legend, but they are ignoring the gaping chasm appearing in the seawall 50 meters to the right.

Combine these last weeks’ complete waste of time in addressing the ongoing debt problems with the continuing reality of the Obama Recession, neatly laid out by the U.S. Commerce Department’s Bureau of Economic Analysis (“BEA”) just last Friday in a report stating that last quarter’s anemic annualized GDP growth rates of 1.92% had to be revised to an even more atrocious 0.36% annualized rate, and I’d say that we are deep in the crapper here, folks.

Leave the ongoing unemployment woes aside, the fact is that we were able to escape the consequences of our debt profligacy in the past by growing our way out of the problem.   As the above paragraph states, that ain’t happening here.  What’s more, if the Obama Administration continues with it’s plans to foist  Obamacare on lower value-added employee bases (read: “unskilled work forces”) and also continues with it’s heavy handed regulatory and “green” initiatives, unemployment is going to get worse before it gets better.

With these set of parameters, what choice, really, does Bernanke have, but to whip the printing presses into a frenzy to stave off Depression Era deflation?  And for how much longer does that strategy work in conjunction with our hemorrhaging debt problem?

When does the child (likely a Chinese child) finally cry out: “Look! The Emperor is not wearing any clothes?”

Let’s see what happens tomorrow, but I continue to like TBT, unless some madness grips the bond markets.  Gold and silver may take a hit here, on the “all is well” euphoria, and maybe even in the double whammy when everything starts selling off later tomorrow or this week.  I actually bot some NUGT and DGP on Friday, thinking the veil will be dropped a little bit on the Emperor when this deal gets done.   If I’m wrong, I’ll dump that extra, post-haste.

Oh, and I’m keeping GSVC, because the Fly is never wrong over the long term.

END_OF_DOCUMENT_TOKEN_TO_BE_REPLACED 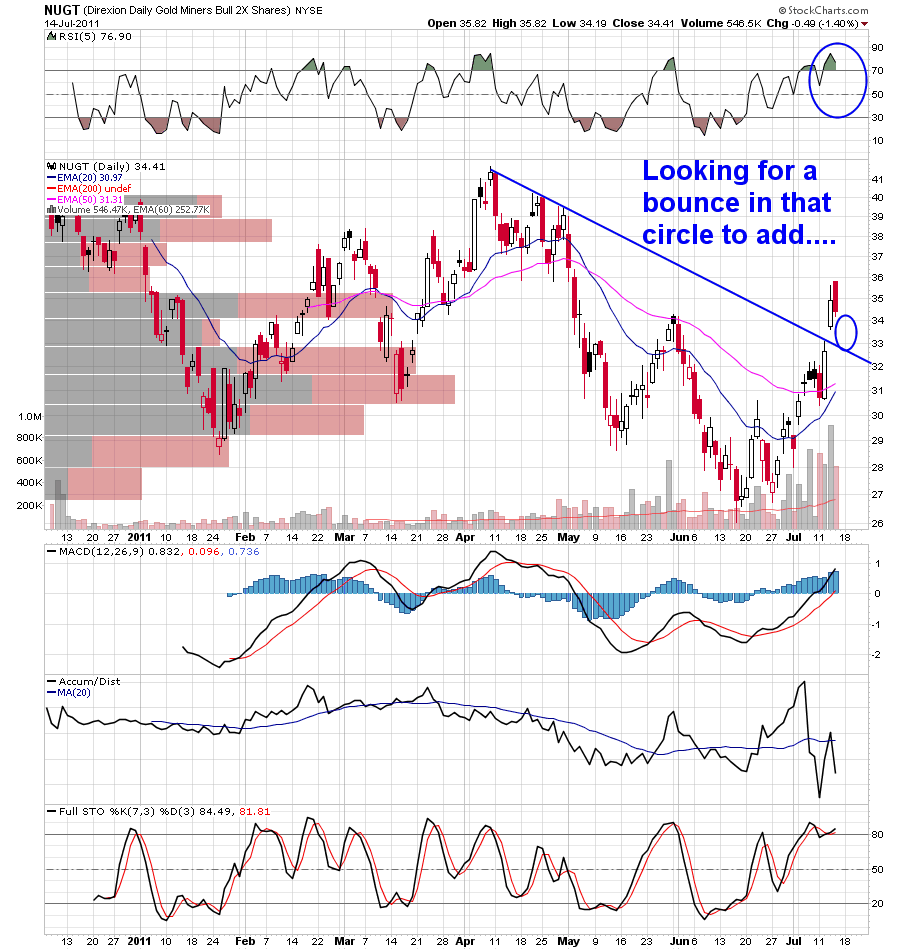 I’m apologizing in advance tonight because I am readying now for The Great Maine Vacance, and I haven’t the time to go into deep microanalysis of the political economy and the stock market tonight.

What’s more, I have no idea if our quaint little cottage will have internet or wi-fi coverage.  The only thing thus far confirmed present in the area are large mosquitoes, the occassional lost possum and women with hairy legs who would prefer you call them “Frank.”   (Not really, Maine’s not like Vermont… yet).

This could be my last missive for a while, so I will leave you with a doozy pick.   I expect the PM  pullback I’ve been talking about is here, and we’ll see some nice entry points in the next couple of days.  Just scroll back a couple of days and check the charts for a number of optimal entries which may have seemed unachievable this week, but which may approach your wheelhouse soon.

My doozy pick is NUGT, the Double Gold Miner ETF.   That’s right, if you feel you haven’t been getting enough “action” from jumping the Snake River Canyon with your Big Wheel,  then this is the play for you.   That’s right — extreme caution is warranted (like w. AGQ):

Thank you all, and I hope to speak to you again soon.