CRONKITE Thu May 7, 2009 4:09pm EST Comments Off on The Stress Test Results Shows A Potential Trainwreck If The Economy Does Not Rebound 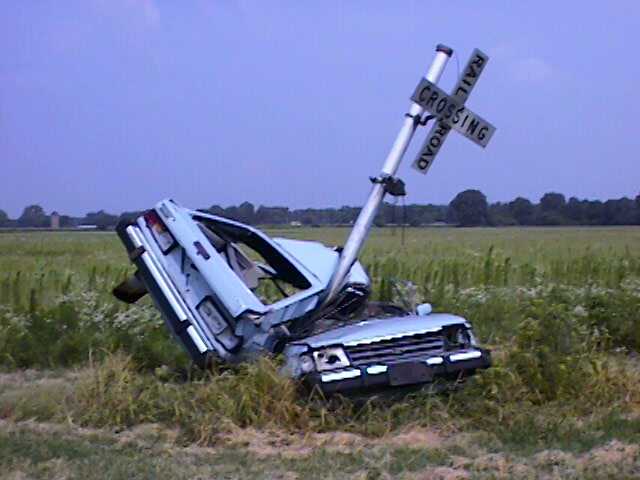 Banking regulators released the results of the stress tests on the nation’s 19 largest financial institutions, showing that the banks need to raise a total of $74.6 billion in capital over the next six months to protect themselves against any worsening of the US economy.

The results, many of which had already leaked out, show that Bank of America needs $33.9 billion, while Citigroup needs $5.5 billion and auto and mortgage lender GMAC needs $11.5 billion.

Other big banks do not need to raise any capital, including Bank of New York Mellon, American Express, Capital One Financial, Goldman Sachs Group, JPMorgan Chase, MetLife and State Street.

Wells Fargo announced before the stress test results that it will raise $6 billion in common stock. Citigroup’s capital needs reflect its previously announced plan to convert some preferred shares into common stock.

The tests put banks through two scenarios: one that reflected expectations about the current recession and another that envisioned a recession deeper than what analysts predict.

Stress tests have long been a part of the bank regulation system. They help regulators decide how to supervise banks and aid banks in deciding how to limit their risk. But those conversations between banks and regulators normally take place behind closed doors.

In recent weeks, the government’s unprecedented decision to publicly release bank-test results has fanned speculation, with analysts predicting the findings and investors staking out trading positions.

The results of stress tests are the culmination of a months-long exercise aimed at reviving the financial system and are expected to show about half the banks need more capital.

The government is focused on banks filling shortfalls in their equity capital—an amount that Goldman Sachs analysts estimated could total $130 billion this year. That estimate included what the stronger institutions would need to raise to pay back government money and funds the weaker ones need to fill shortfalls.

Share prices in banks broadly have climbed about 50 percent since the stress tests were first announced as part of a wider plan to revive the sector in February. But on Thursday, the KBW Banks Index slumped 4.8 percent, and some investors viewed the stress test results as spelling an end to that rally.

“From my perch, investors should sober up and reduce their holdings in financials now,” hedge fund manager Doug Kass said in a note to clients. “Financial stocks are now priced to perfection.” In an interview, Kass said he is selectively selling short some bank stocks.

Federal Reserve Chairman Ben Bernanke described the tests as a fair and comprehensive effort that he hoped would allow markets to have “greater confidence that they know the condition of the banks.”

“(Markets) can be reassured that banks will be strong and be able to lend even if the economy is worse than currently expected,” he said.

The tests “remove some cloud of uncertainty from this chapter of the banking industry saga,” said Craig Peckham, equity trading strategist at Jefferies & Co in New York.

Treasury Secretary Timothy Geithner, who along with other top regulators will brief the media on the stress test results, said in an opinion piece in The New York Times that the tests applied “exacting” loss estimates and conservative earnings estimates, an apparent rebuff to critics who have questioned whether the tests were tough enough.

President Obama’s team appears to have managed market expectations well, getting the worst news from the stress tests out two days ago—that Bank of America needs as much as $34 billion in common equity capital.

“It looks like a pretty well choreographed dissemination of information,” said Peckham, adding that Washington has managed to mitigate the impact that surprise results might have on stock markets.

But skeptics of the administration’s bank strategy still abound.

The American Bankers Association criticized the severity of the stress tests and said there was no evidence banks need to change the make-up of their capital. But it said the test results should end “harmful speculation.”

Some analysts and investors questioned the credibility of the tests.

“At best, the process may have been a waste of time; at worst, it’s something that has caused more confusion,” said Mike Holland, chairman of private investment firm Holland & Co.

It is not clear, for example, precisely how banks will have to increase equity capital, he said.

“Now we know which companies are capital deficient and how much they need to raise, this is beginning to shift the focus away from the banks’ capital structure to how much they can earn in the future,” said Bill Hackney, managing partner at Atlanta Capital Management with $6.4 billion under management.

Banks may cover any capital shortfalls through a mixture of asset sales, share sales and perhaps the conversion of preferred shares into common stock. If a bank raises common equity by converting preferred shares issued under TARP, the government could become one of the bank’s biggest shareholders.

The government is giving banks needing capital one month to develop a plan to raise it, and until Nov. 9 to finish the job. The banks must also review their management and boards of directors to ensure proper leadership.

Banks like Goldman and JPMorgan, which have said they want to repay TARP funds received last fall, cannot return the aid until they issue debt not backed by the federal government, and for more than a five-year term.

President Obama’s fiscal 2010 budget, unveiled Thursday, includes at $250 billion “placeholder” for additional financial rescue efforts, but White House budget director Peter Orszag said he hopes it will not be necessary to use this money.

A Podcast With Paul Krugman on The Recovery