The battle at Giant Wall 1

Breaking news from ZENews!  Sally Comegetme is on location reporting…

Without warning, an arrow zipped right through b/w Sally and the cameraman and almost threw the cameraman off balance to the ground.  The camera was accidentally pointed to the sky for a brief seconds during the tumble and we could see a dragon flying its way down to the bear camp with fire shooting from its mouth.

“Yes, but they are friendly to to the Bull, Zen.  Wow!  Did you see that Zen, the Bear camp just light up like a Christmas tree!   Way to go, dragon-bull!”

Without warning, the connection was cut and we lost the picture of Sally.

Well, look like the Bull may be able to come back on this one.  If you look at the SPY weekly chart below, we are forming a doji bar right at the Giant Wall 1 support.  In other words, the support is holding. 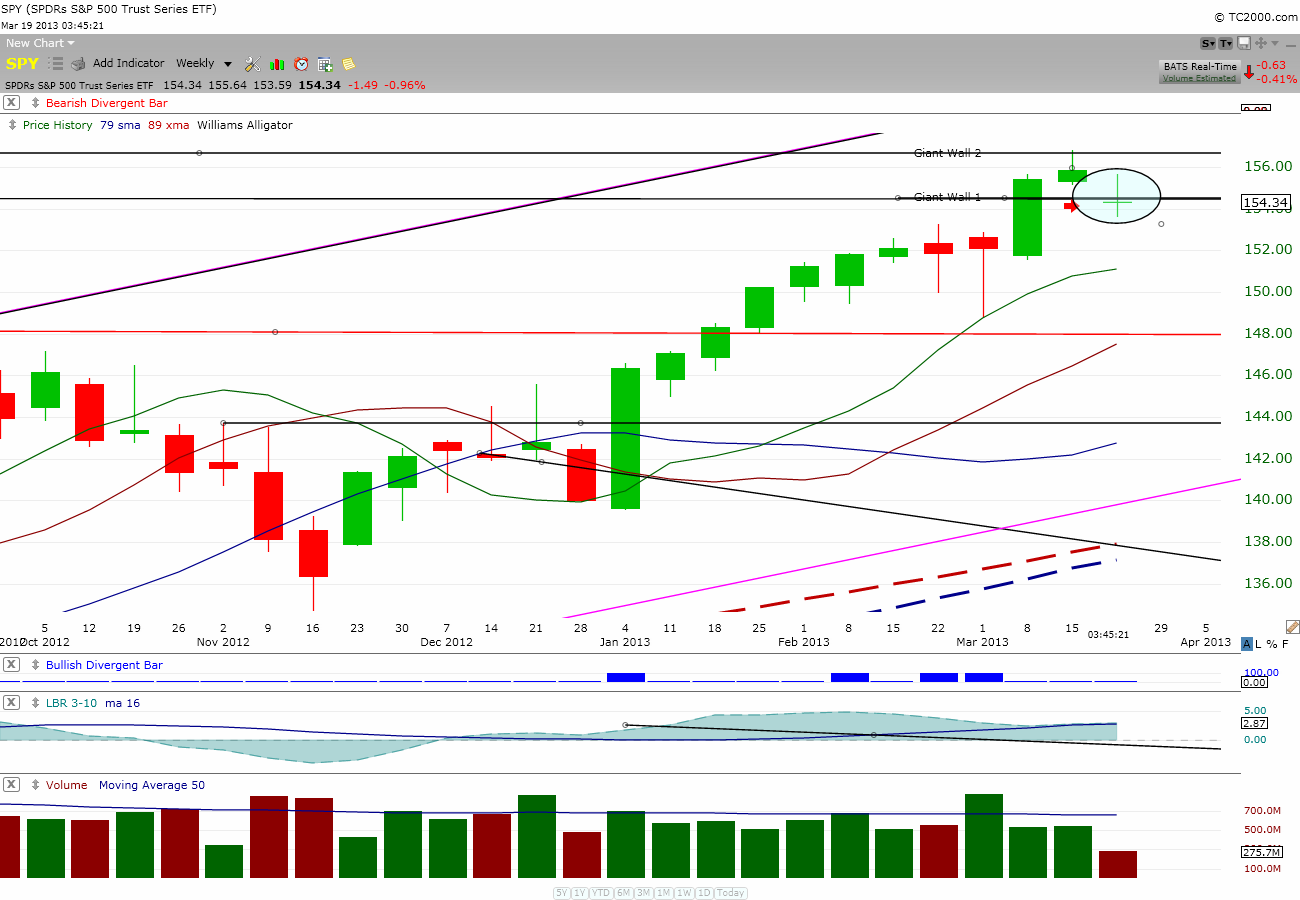 The daily chart below doesn’t look too bad either.  I like the longer tail at the bottom; this signify the bull is making a valiant fight back. 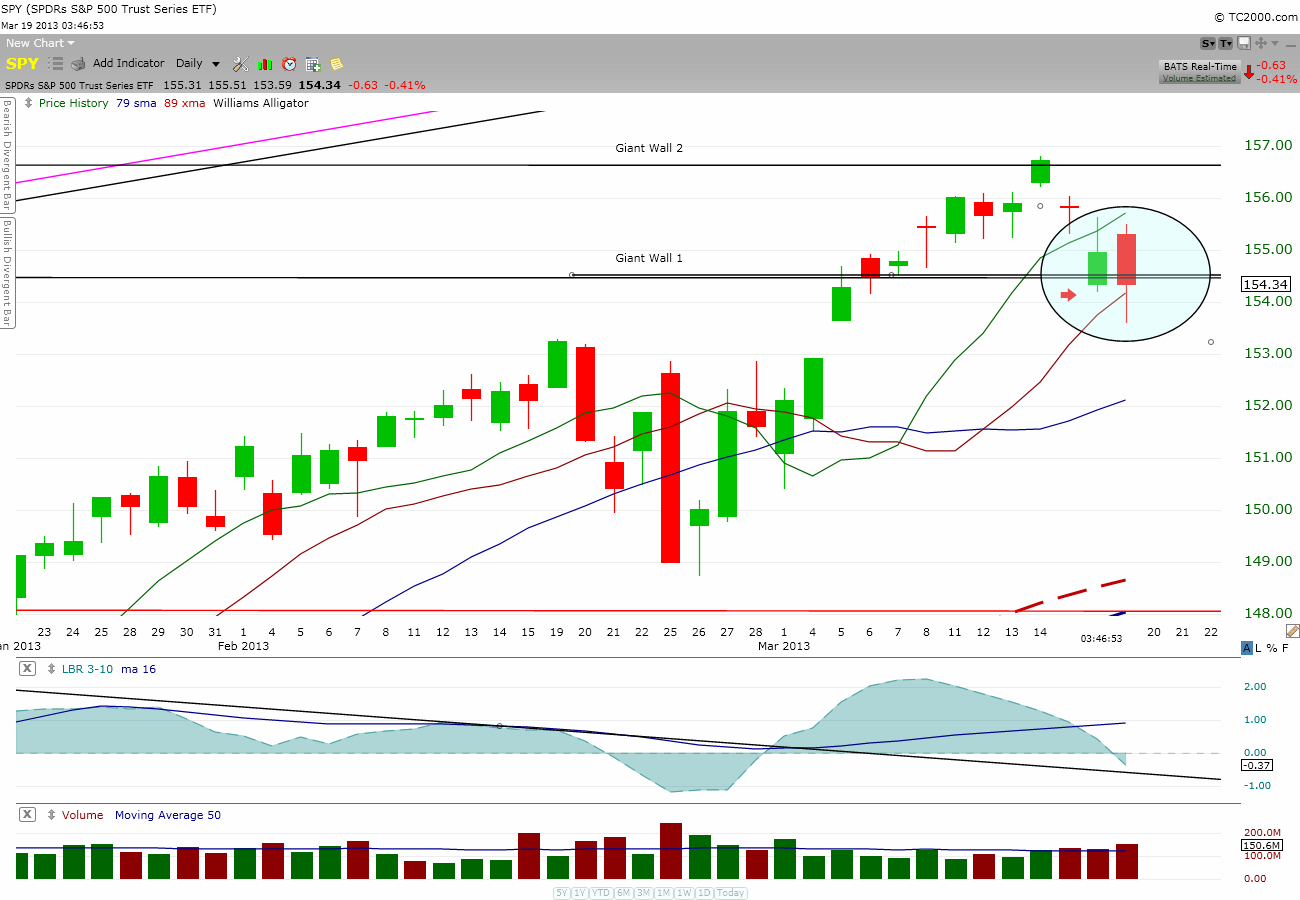 Concern about being jumpy on your trades?