If you don’t understand the title, please bang your head on the nearest wall, and don’t read the rest of this post. Trust me, it’s a waste of your time.

Two questions I have been receiving lately are as follows:

“Hey dude, I’ve been running religiously since January, but haven’t seen any results in a couple of months.”

“How’s it going man? So I’ve been following XYZ’s trading program/book, and I’m not making any money. I’m actually losing money, what should I do?”

The second is far easier to answer. You can’t force things things to happen, well most of the time. Unless you gave the money to buy a few million shares of something, you’re not really going to make that much of a difference. So the key is to buy stocks with more buyers than sellers, and short the inverse. He didn’t get it.

Look, unless you are going to do a ridiculous amount of research on the fundamentals of a business and its competitors, you need to buy stocks with momentum, and short those whoa re getting kicked in the mouth. I had to learn this the hard way, I’ve shorted plenty of stocks in the middle of a run up, only for them to run higher, and if I’m lucky, break even. I had to learn patience, and now if I am doing a swing trade, I wait for the stock to move first.  Could I make 25% if I’m lucky and pick a top/bottom, sure, but I’d rather take 10% and not risk the loss, PAL.

Now to the first question. I don’t train for aesthetics, my body is pretty, it’s not in perfect proportion, and Marc thinks I have little pale calves. Training for aesthetics just won’t help me reach my goals, but I look better than probably 80% of people out there, a nice side effect of hard work. I know– not think –that the majority of people do not want to work hard to obtain something, and when they do, they usually only want to do it the way the main stream “pros” say to, or whatever their perception is of how to do it.

My friend has been doing nothing but running, saying that he lost 15 lbs in the first 6 weeks, after running 5 days a week. He’s up to 4 miles, 5 days a week, but the weight loss has stopped. He lost weight in his face and arms, but still has a bit of a belly. The first thing I said to him was “do you want a runner’s body?” He didn’t understand, so I explained it to him. Like this: 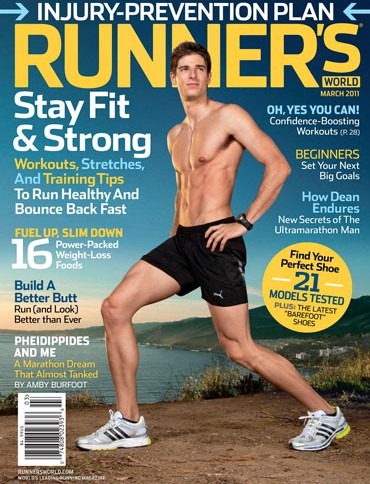 Adding on the fact, that his body would try to keep that fat, because his diet is wrong, and he isn’t building any muscle. “So I’m going to have really skinny arms and small shoulders, but not have s six pack?” Yes, if he continues like this. There’s no one perfect way to do things, the same goes with fitness. Running is just one tool, if that’s all you do, and all your body knows, it is going to adapt to it, and it will just become a normal part of the day.

I’m not bashing skinny runners here, go look at most power lifters, they are square bowling balls. If you want to be great at anything, it takes a balanced approach; fitness, trading, etc. He refuses to join a gym, and I told him it will be almost impossible to reach his goals without doing so. I gave him the best program and diet I could, because well, he lives in Snap City, and is afraid to work hard.

The two biggest things he is doing wrong is running roughly the same route/distance, only running, and eating a huge bowl of Oatmeal first thing in the morning. All of the above effectively shuts your metabolism down completely. I generally don’t eat any carbs until after I am finished working out for the day, or right before a max effort workout.

Want to be a good trader? Diversify, and the same goes for building a good body.

A Monday Look into the Crystal Ball
10 comments

I Can't Get a Handle on This Market
0 comments