Gold Back On The Momentum Scan 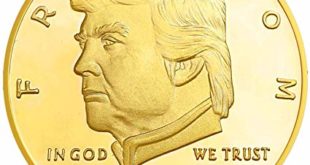 Gold stocks & ETFs are back on the Exodus momentum screen with gold miners finding support. $GDX bounced nicely once again as it traded back down to the $26 level. As for individual names, both $GOLD & $AUY look good to go here.

Besides physical gold, vegan gold, ie. $BYND, finds its way back to the scan. And, how about the $ROKU since the last earnings report, it has been a death trap for shorts, thanks to $DIS. With holiday trade upon up, be sure to look to some of the small caps for momentum, $HEPA lands #1 on tonight screen. And, keep and eye on a Fly favorite $INMD here.

For Exodus Members, make sure to bookmark the momentum screen HERE.

END_OF_DOCUMENT_TOKEN_TO_BE_REPLACED

Early Tesla Truck Numbers Are In 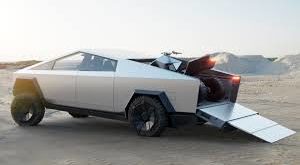 Here’s the latest update from Elon himself on preorders:

Here’s the quick math on it:

I’m on the fence in regards to ordering one, as I’m sure many like myself are as well. I’m tempted to buy it as an investment and flip it once I have it in my possession. But, then maybe I get it and never want it to leave my possession. All time best launch for Tesla.

Wall Street got this wrong on Friday. Numbers have to go up. And, let’s not forget about the ATV:

While everyone is talking about #CYBRTRK, this #Tesla-made #ATV is completely out of general public’s focus. I was fortunate enough to capture it in motion. pic.twitter.com/LWgpcVEgum

END_OF_DOCUMENT_TOKEN_TO_BE_REPLACED

Picking Up Pennies In Front Of A Steam Roller 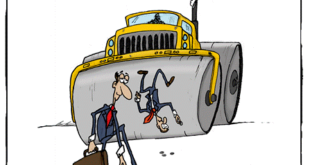 A saying comes to mind as I view the current market structure:

“Picking up pennies in front of a steam roller.”

We are at all-time highs, yet it feels like mini panics on every dip. Constant trade rumors to sort through and the “algos”, the machine traders, can’t handle it.

My activity has been very light this week and will continue to be as I’m heading out of town tomorrow. This is no market to be a hero, but there are great opportunities to trade it every day, and I’m sad I will be missing a potential pivotal day.

If the market shakes off weakness here, I think the opportunity lies in $FB call options as it breaks $200. If the reverse is true, and we start to break Wednesday’s low, there’s always a trade in volatility, ie. VIX, UVXY, or TVIX. Volatility will likely be the next big trade, but something tell me it may be $FB to $230 first.

$FB is still my trade of the week, especially with today’s dip. You should continue to monitor the action here.

See you guys on Friday….

END_OF_DOCUMENT_TOKEN_TO_BE_REPLACED

$NVDA Back On Top For Momentum Monday 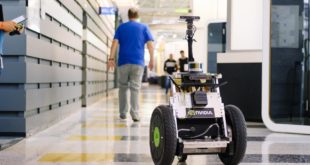 That was some kind of bullish reversal for $NVDA intraday, placing it firmly on Monday’s Exodus momentum screen. I always enjoy seeing $NVDA lead, or the semis for that matter, a bullish omen indeed. $SNAP also had a nice reversal here and should be monitored here for another trade. And, how about that $UI? Monster stock.

Here are the names with momentum as we start a new week: CLICK HERE FOR CHARTS

Some others to keep an eye on here: $LYFT, $SHOP, $BLMN

Let’s see if $FB can tag $200 tomorrow, we had some good action to start the week. See you guys at the bell…

END_OF_DOCUMENT_TOKEN_TO_BE_REPLACED 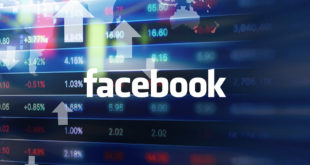 I’ve been watching this setup in Facebook develop over the last month and it looks like a move may be imminent for the stock. I recently took a position after their recent earnings announcement, which actually saw growth in user engagement, and overall a solid report. See my Exodus screen shot below for details on buy:

The stock is so hated on Wall Street due to privacy concerns along with potential government regulation, that nothing seems to move the needle. It also doesn’t help that Zukerberg has been unloading his shares here, but can you blame him? He is not a trader, and he has his own planned agenda, but it has not been a positive for the stock. You can hear the frustration in traders, on Twitter, on how the stock has been stuck in a range for months on end. Well, I think that changes this week, or at least has the potential to change.

Nothing in certain in this game of trading and investing, so never put your eggs all in on any particular stock. But, the current price action gives us a favorable risk/reward, one that I have no problem taking.

We were very close to a breakout in the stock on Friday, but option expiration seemed to play a hand in keeping a lid on the stock at $195. That’s ok, the stock now gives us a clear entry should we see a move above Friday’s high. The daily chart also show us an action point should price get above the declining trendline, see chart below:

Should the stock reverse here at the upper trend, the trade could be busted, and Zuckerberg wins in selling his shares up here. Indeed, Thursday’s low now becomes the crucial area to defend. If price falls below $191.45, I’ll be out with a small gain in my common shares.

If we see volume with a strong move Monday, I’ll likely add some short dated options. A big trade is developing here…

Keep it on watch.

END_OF_DOCUMENT_TOKEN_TO_BE_REPLACED

I Am Now A Disney Plus Subscriber 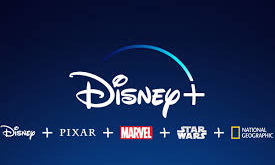 I’ll start the post by saying I am long $DIS stock, and have no plans to sell in the immediate future. Some stocks you trade, some you hold, this is one you hold.

Right upon logging in to the service I knew $DIS had a winner on its hands, unlike $AAPL plus, which is pure garbage. The selection from $DIS was a lot better than I anticipated too. Classics after classics with Endgame front and center. The joy from my two daughters as they browsed the catalog of movies. How lucky are they? Any Disney classic at their fingertip, no waiting, just click and watch.

My 4 year old pulled up Mickey Mouse Clubhouse on her iPad, my 8 year old watched Decedents on her iPod, and of course I pulled up endgame on my iPhone. From each device, we were able to instantly stream to the TV by using the airplay function. Pretty simple, and pretty awesome.

I’ll even go as far as saying this service smashes $NFLX, for now anyway. Stay away from $NFLX. $DIS is a name you buy on dips if you missed our buy near $130. I wouldn’t buy it up so big here, but on dips it is worth adding to the portfolio.