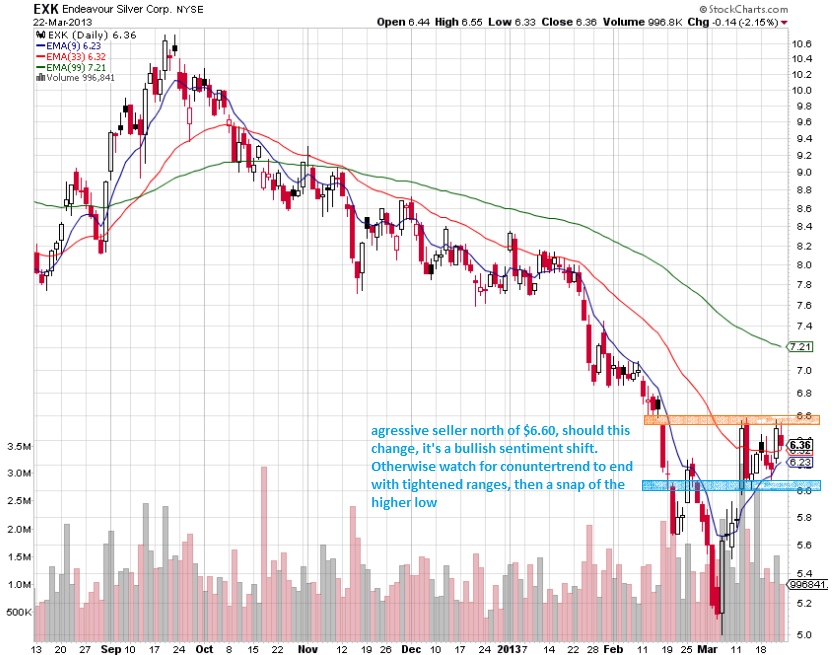 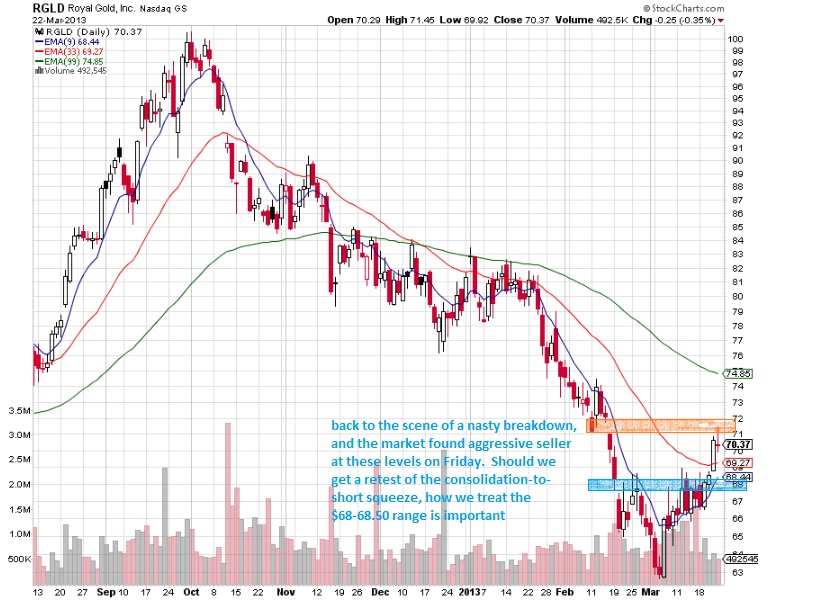 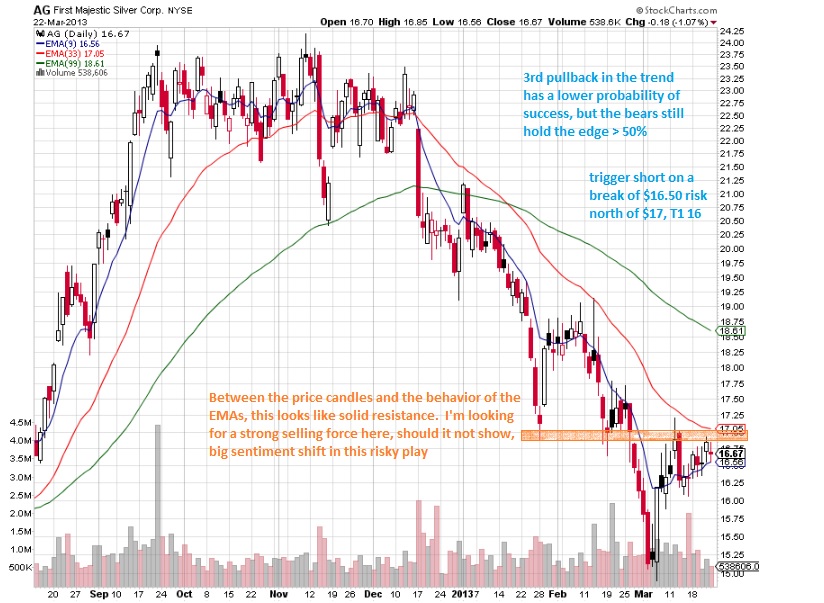 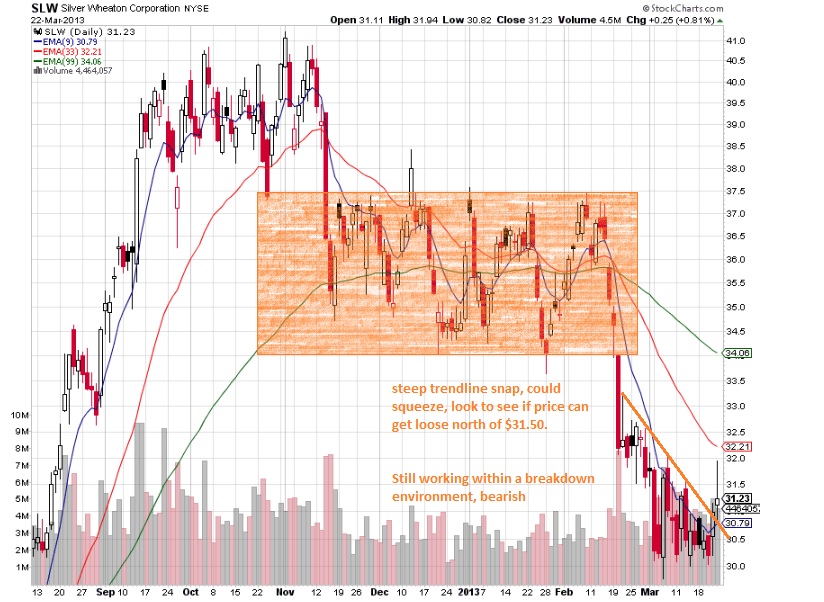 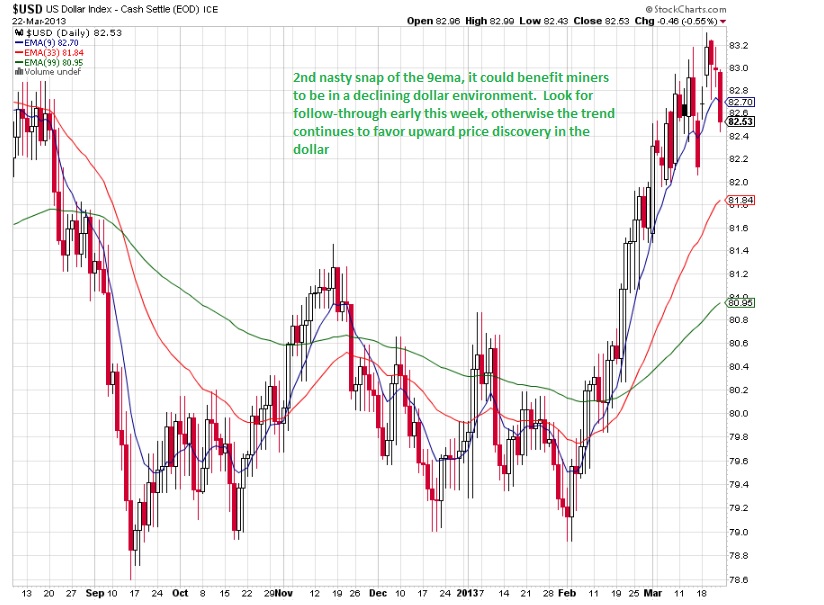 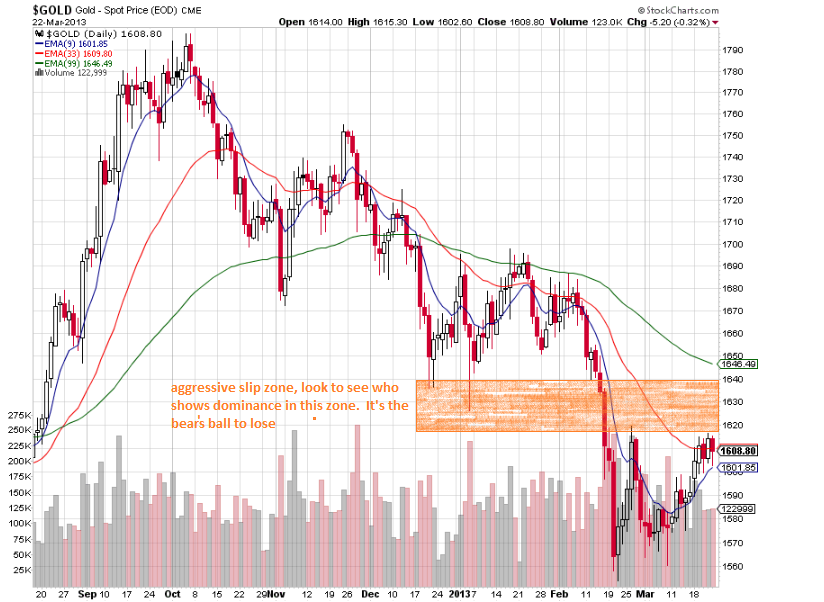 END_OF_DOCUMENT_TOKEN_TO_BE_REPLACED

After hearing the news that Cyprus depositors of the six figure variety are each getting a leg chopped off and tossed into the pig trough, and puking a little bit, my immediate thought was ‘people will run to their gold and guns on this news.’

Rather than blast the interweb waves with subjectivity on this peaceful Sunday morning, I thought instead we could revisit my piece on February performance in the metal and miner space, look at how they’ve performed since then (during March) and later this evening I’ll chomp some charts.

Exhibit the first, via my February blog, courtesy of stockcharts.com: 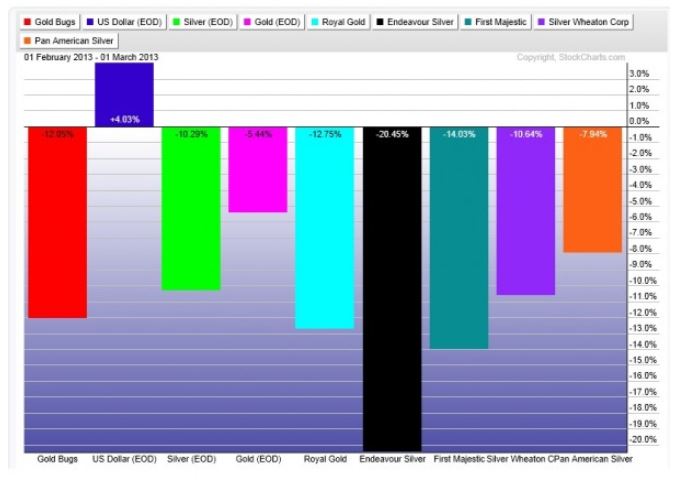 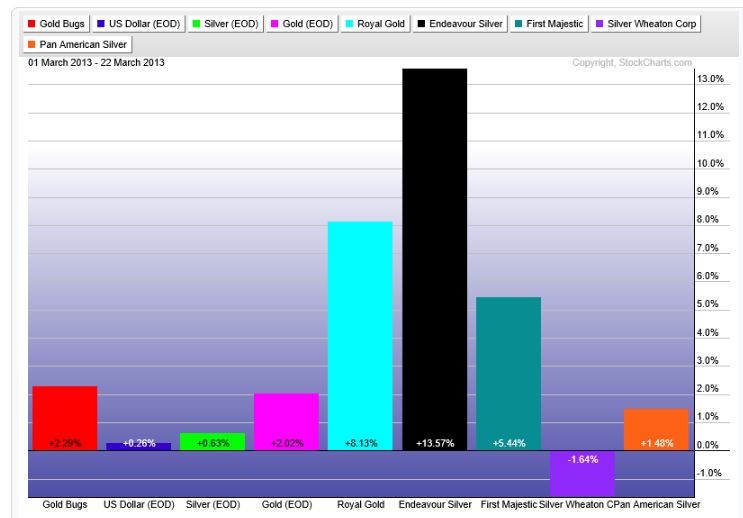 The March-to-date performance would suggest money flows are finding their way into the miners at a rate greater than would be counteracted by sell flow.

Are leprechauns invading the market, chasing rainbows in a completely non homo fashion?

Has Jakegint received a massive bonus from his feverous work last year, and cemented the market with a heavy bid?

Will you need three guns or more to protect your metal stash and family from the zombie banker apocalypse?

Tune in this evening.