I turn dials and fiddle with knobs to hone in on harmonic rotations
Joined Oct 26, 2011
3,922 Blog Posts
@vinnumbrr

G’dday lads. Not much on my mind so I shall keep this brief.

You have, all of you have, perhaps 70 productive years on this rare planet we call earth. Consider what you leave in your wake.

Not so much as legacy, but in the words of Franklin D. Roosevelt, “The nation that destroys its soil destroys itself.” What are you leaving behind besides poop? What are your other waste streams? What will you leave behind.

On that note, I must be off. I have undertaken a large soil remediation project and with the power of my brain I intend to right what my predessors have wronged, or at least prove the gen-pop wrong in a strange new way.

This is what I do. I challenge conventional wisdom. I make people money. And I fuck.

Models have a slight bullish tilt heading into next week.

And now the 333rd edition of Strategy Session:

Raul’s bias score 3.60, medium bull*. Sideways drift, with any big moves in either direction being faded back to unchanged by week’s end.

Major bank earnings due out Wednesday and Thursday before market open may have an impact on overall price action.

Strong rally Monday. Consolidation of the gains through Wendesday. Gap higher Thursday and continuation rally through Friday and into the weekend. Russell 2000 lagged. 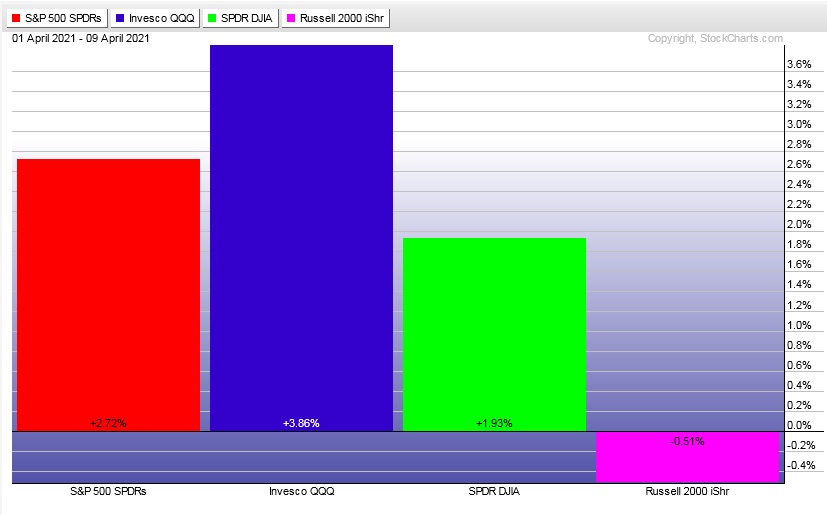 Another week of out performance from key Tech and Discretionary sectors. Everything else besides Energy flanking alongside with small gains. 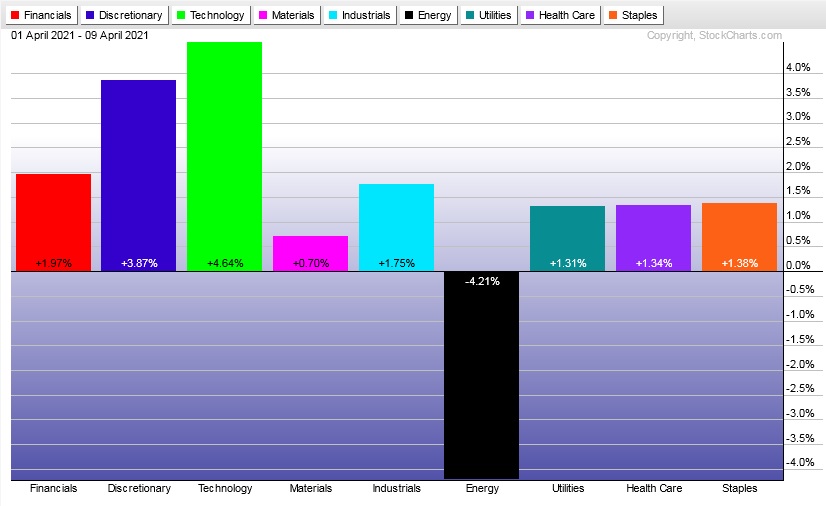 Five weeks back we had major buy flows. It wasn’t until two weeks back that we saw follow through on them. But now we have. The last two big money flow pushes have been to the buy side.

Median return last week a bit less than +50 basis points  and volume delta over the last 30 days is quite negative.

No word yet on having 1-week volume delta added to the screener. 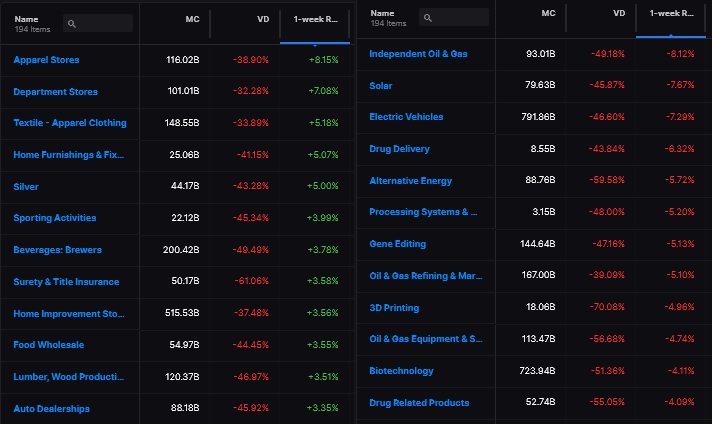 This signal comes from the market model I built and managed which is called IndexModel. It is based on auction theory.

When it goes extreme rose colored sunglasses we historically have seen calm action which is usually better suited for stock picking then it is for futures trading.

That said, when the signal is live I will definitely be trading any gap down in range for the fill and then be playing to take out either (or both) overnight high and range extension up.

Sideways drift, with any big moves in either direction being faded back to unchanged by week’s end. 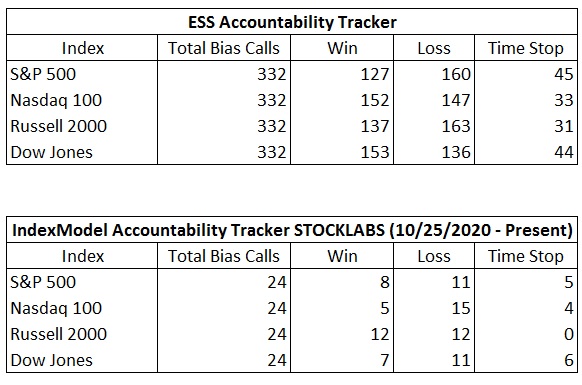 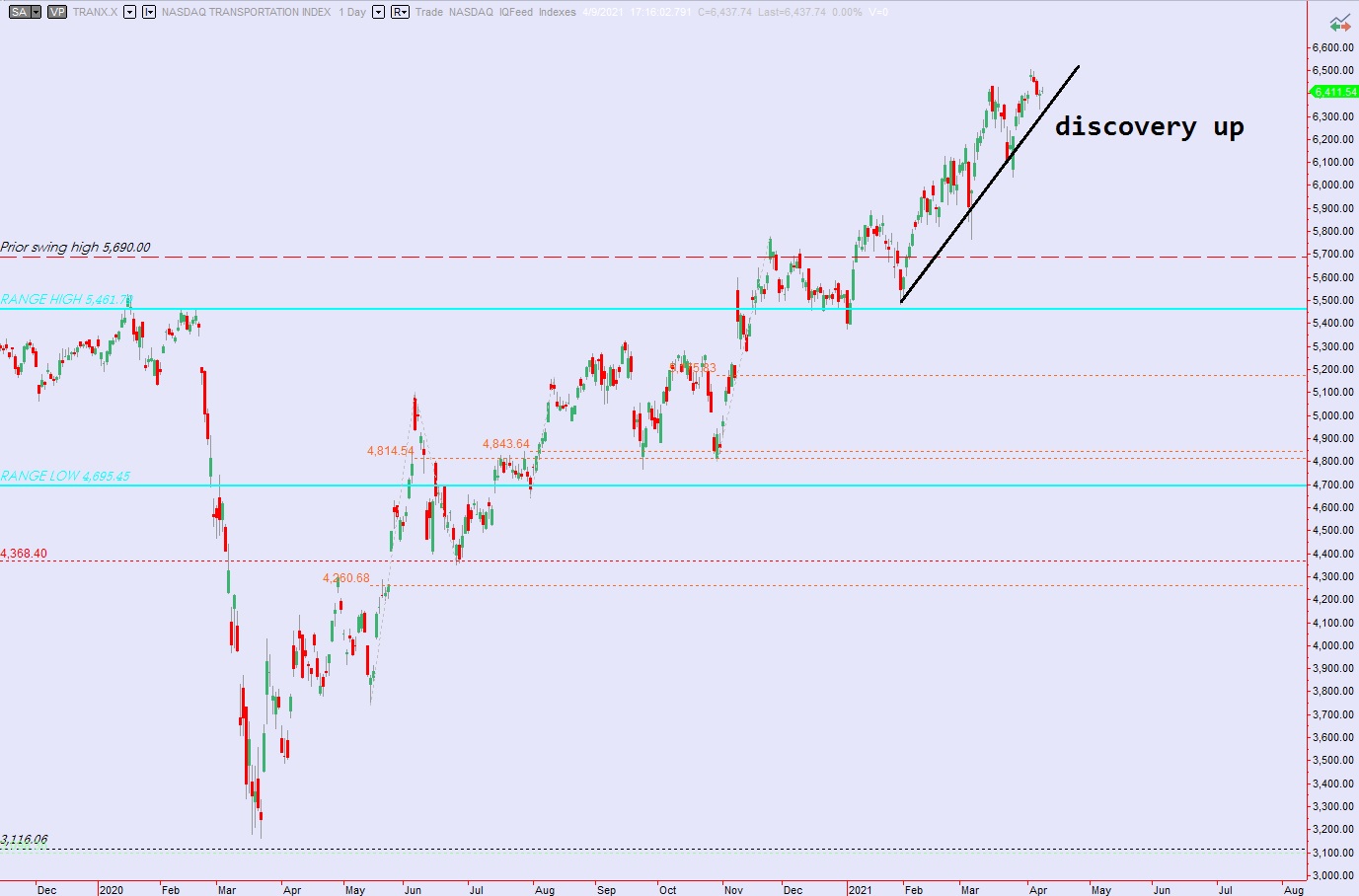 Semiconductors performed a mini discovery phase up out of recent balance and are now flagging along the highs. Heading into next week this is anything but bearish. 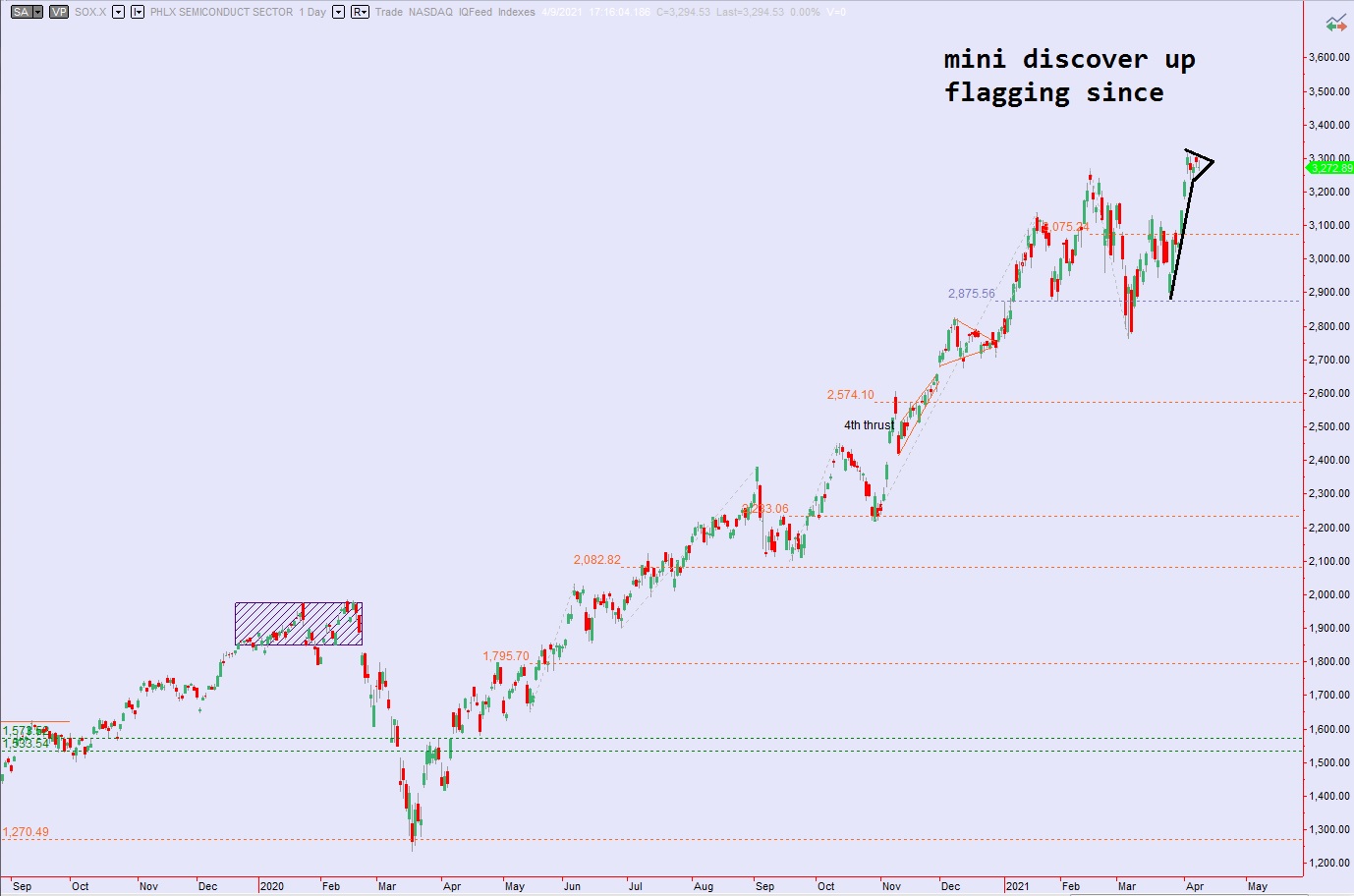 “it is unwise to be too sure of one’s own wisdom.” Mahatma Gandhi 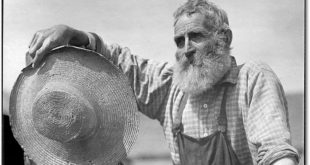 Few weeks of mayhem ahead 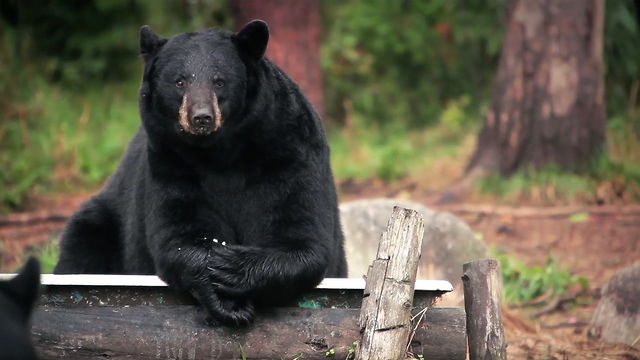 Flipping bearish, so bearish, into first week of May 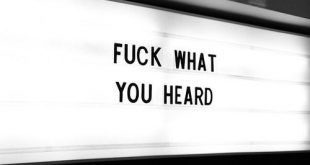