I turn dials and fiddle with knobs to hone in on harmonic rotations
Joined Oct 26, 2011
3,870 Blog Posts
@IndexModel

High level thoughts ahead of earnings from Big Tech

Internet was a strange twist in the simulation. Over the last 3,000 years or so humans have experimented with a variety of ways to organize large groups of people to cooperate. Democracy has fought like hell to be the de facto, but we’ve spent the last 240 years here in the New World experimenting with it and it is safe to say not everyone is on board.

The big vote is coming up. Who Wants To Be A President is like a game show from hell. The N-95 mask verse the autocrat. Here in Michigan, there is a huge presence of upper-middle class scum, real greasy fuckers who’ve spent their entire life sprawling every which way out from Detroit, clearing nature and plopping down 4000 square foot hovels with three acre lawns. They don’t particularly like democracy. They want a king. Maybe they are kings of their petty domains, gunning down harmless woodland creatures for sport and otherwise growing fat and paranoid in isolation.

Capitalism is not perfect but it has enough components to keep us interested. It allows for autocratic leadership, democratic and other hybrids. When paired with internet, it allows non-traditional figures to rapidly rise to power. Not through mining precious resources or enslaving a presumed lower rank. Outcasts less interested in power and money and more in humanity, humble leaders like Jack Dorsey, now oversee some of the most crucial components of society—like the big bull horn aka Twitter.

“In a prosperous democracy that is also a society of winners and losers, any may without an equalizer or at least the illusion of one is by definition underprivileged.” – Hunter S. Thompson

I’ve withdrawn from conventional society long ago. A derelict futures trader, street charmer and vagabond operating on the fringe of society. Foraging for mushrooms and chasing snowstorms around the Rockies. I do not reside in some bourgeois cube, commuting to 50k worth of desk servitude. I roam with the outcasts, the career drifters and odd jobbers.

This fringe life allows a clear perspective on what is temporary—sovereign nations, borders, politicians and movements. And what is immortal—Google, Tesla, Microsoft, Twitter, Amazon, bitcoin and so on.

I couldn’t care less who is President, judge or sheriff. All that matters is quarterly earnings from Big Tech and the decisions and health of Big Tech leaders. They are steering the most crucial ships in this tumultuous simulation. Grown up hackers. Quite the twist, yes yes? Much more eloquent than anything Jerry Bruckheimer could conjure up.

Bullish Big Tech. Bearish Nations, U.S. fiat and anyone whose name is on a fucking lawn sign.

If you enjoy the content at iBankCoin, please follow us on Twitter
2020-10-29
Raul3
Share
Previous Hard sell overnight, here is Wednesday NASDAQ trading plan
Next NASDAQ been rallying since 2am, still down -100, here is Friday trading plan 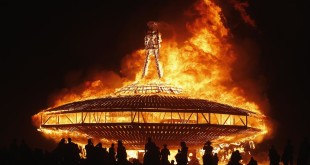 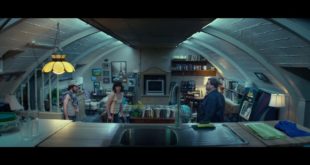 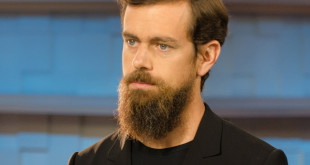