THE VULTURE BECOMES THE PREY! Paulson on the Brink

John Paulson already has lots to worry about: turbulence in the stock market, a rocky economy and volatile gold prices.

As the hedge-fund manager suffers through the worst losses of his career, Mr. Paulson now is facing a flock of vulture investors who hope he will be forced to conduct a fire sale of stock and debt holdings.

Rival hedge funds, brokers and other firms are combing through Paulson & Co.’s investments, trying to anticipate what Mr. Paulson might sell if he needs to return cash to investors.

According to traders, some firms have been selling investments they have in …

END_OF_DOCUMENT_TOKEN_TO_BE_REPLACED

Lunch Break: Will History Repeat Itself ?

END_OF_DOCUMENT_TOKEN_TO_BE_REPLACED

Forgive me for venting some EU bailout frustration, but his shit is getting out of hand.

All the folly, secrecy, rumors, and half baked commitments to solving the sovereign debt crisis is killing a generation of investors.

The lack of political will is crushing the global economy and has created unprecedented volatility.

So sick of the EU minsters !

END_OF_DOCUMENT_TOKEN_TO_BE_REPLACED

“……In an internal vote on Tuesday, 11 deputies from Merkel’s CDU/CSU group voted against the motion and two abstained. Coalition sources said they expected between 2 and 5 FDP lawmakers to vote against and up to 6 to abstain.

If more than 19 coalition lawmakers vote against or abstain, Merkel will be dependent on opposition votes in a political humiliation that could weaken her ability to push through future rescues……..

Leverage would make it possible to borrow more, probably from the European Central Bank, for financial firefighting without increasing the EFSF’s size, but critics say it would also raise German taxpayers’ liability for any losses.

Some lawmakers are concerned that EU officials are just waiting for them to approve what they were assured would be the final increase before pressing ahead with bigger bailout plans.

French Finance Minister Francois Baroin made clear there were tactical reasons to avoid discussing how to boost the fund’s firepower before the German decision.

“It is out of the question to put forward, three days from the Bundestag (lower house) vote, the issue of whether we should increase the fund… Let’s not open Pandora’s box on something that is a red flag for Germany,” he said.

Prime Minister Francois Fillon told parliament France would set out proposals to step up the battle against “speculative attacks” on the euro zone once the German vote was over.

The fund’s status was bound to evolve but it was premature to say whether it might work “like an equity fund with a lever effect,” Baroin added.

Merkel assured Greek Prime Minister George Papandreou at a meeting on Tuesday evening in Berlin that Germany wants a strong Greece and would do everything necessary for that. She also said she was confident her coalition would have the votes on its own to pass measures boosting the euro zone rescue fund…….”

END_OF_DOCUMENT_TOKEN_TO_BE_REPLACED

A judge is allowing a lawsuit to proceed in limited form against the owners of the Mets by the trustee recovering money for investors who lost money to jailed financier Bernard Madoff.

U.S. District Judge Jed Rakoff said Tuesday the lawsuit brought by Trustee Irving Picard can seek to recover up to $295 million in profits that were paid out to the Mets’ owners during the multi-decade fraud. But he says Picard gain that sum only by proving the Mets’ owners were “willfully blind” to the fraud.

Rakoff says Picard’s claim otherwise would be limited to $83.3 million, the fictitious profits accumulated by the Mets’ owners in the two years before the fraud was revealed.

Picard’s suit had been seeking up to $1 billion.
Read more: http://www.nypost.com/p/sports/mets/judge_limits_madoff_related_suit_kzLd2rn7OLD7PAPkUWLyLI#ixzz1ZC7lslOU

END_OF_DOCUMENT_TOKEN_TO_BE_REPLACED

The ECB Continues With Nothing as a Plan

Nothing significant came of this weekend. The ECB will try to convince the world that current funds are sufficient; that they need not to raise more capital.

END_OF_DOCUMENT_TOKEN_TO_BE_REPLACED

George, 43, of Newark, surrendered in Newark to special agents of the FBI and postal inspectors of the U.S. Postal Inspection Service (USPIS) on a criminal complaint charging him with one count of wire fraud. He is scheduled to appear this afternoon before U.S. Magistrate Judge Patty Shwartz in Newark federal court.

According to the criminal complaint unsealed today:

George, who once played for the New Jersey Nets and Milwaukee Bucks, held himself out as the CEO of The George Group, claiming to have more than $500 million in assets under management. George pitched prospective investors, including several former professional athletes, to invest with the firm. George represented to these prospective investors that their money would be used to fund The George Group’s purchase and development of real estate development projects, including projects in Florida, Illinois, Connecticut, and New Jersey. George represented to some prospective investors that their funds would be held in an attorney escrow account and personally guaranteed the return of their investments, with interest.

Based on George’s representations, investors invested more than $2 million in The George Group between 2005 and March 2011, which he deposited in both the firm’s and his personal bank account. Instead of using investments to fund real estate development projects as promised, George used the money from new investors to pay existing investors in Ponzi scheme fashion. He also used some of the money for home improvement projects, meals at restaurants, clothing and gas. In reality, The George Group had virtually no income generating operations.

If convicted, George faces a maximum potential penalty of 20 years in prison and a $250,000 fine.

END_OF_DOCUMENT_TOKEN_TO_BE_REPLACED

Got to luv that offer…..

END_OF_DOCUMENT_TOKEN_TO_BE_REPLACED

The New American Century Has Begun

END_OF_DOCUMENT_TOKEN_TO_BE_REPLACED 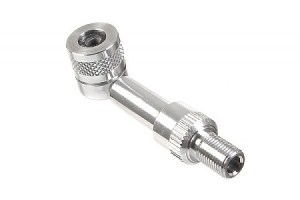 SWEET SPRINGS, Mo. (CBS St. Louis) –– A recent show-and-tell at a northwest Missouri elementary school resembled something out of an episode of “Breaking Bad,” leading to the arrest of a kindergartner’s mother.

Michelle Marie Cheatham, 32, was arrested on Sept. 6 after her son pulled out methamphetamine and his mother’s crack pipe during a show-and-tell for his kindergarten class, according to a felony complaint filed in the Saline County Circuit Court. Later that day, a search warrant was obtained by the Sweet Springs police to conduct a search at Cheatham’s home, which led to the police reportedly recovering a crack pipe and a butane lighter, according to the Marshall Democrat-News.

END_OF_DOCUMENT_TOKEN_TO_BE_REPLACED

LOL at 15 Chinese Burrito Stocks that were CRUUUUSHED Today

END_OF_DOCUMENT_TOKEN_TO_BE_REPLACED

FLASH: Blockbuster to Announce Comeback, via Streaming Service, on Friday

This time, owned by DISH, their pockets are deep and NFLX is wounded.

END_OF_DOCUMENT_TOKEN_TO_BE_REPLACED

Austerity and debt could be a new form of eugenics….very interesting

END_OF_DOCUMENT_TOKEN_TO_BE_REPLACED

According to sources, Papandreou hopes that the outcome of such a vote would constitute a fresh mandate for his Socialist government to continue with an austerity drive backed by Greece’s international lenders — the European Commission, the European Central Bank and the International Monetary Fund.

END_OF_DOCUMENT_TOKEN_TO_BE_REPLACED

A New Twist in The Solyndra Debacle

END_OF_DOCUMENT_TOKEN_TO_BE_REPLACED

What Grows 53% Faster Than the Rate of Inflation ?

talk about the fucking dole