“Johnson & Johnson    (NYSE: JNJ) will reportedly pay $2.2 billion to end a probe into sales of its antipsychotic drug Risperdal and other medications. A settlement could be announced as early as this week.

Johnson & Johnson on June 8 announced it would set aside $600 million to settle civil claims related to its marketing of Risperdal, a heart failure drug, Natrecor, and an antipsychotic medication, Invega. The Risperdal probe goes back to 2004.”

END_OF_DOCUMENT_TOKEN_TO_BE_REPLACED

“Citi’s Tobias Levkovich is out with his latest update to the firm’s proprietary Panic/Euphoria model.

In a nutshell, panic is high, and that’s extremely bullish of stocks.  From Levkovich’s note to clients:

The Panic/Euphoria Model is in panic territory currently versus edging into euphoria back in 2007 and 2008, implying that investors are positioned far more defensively at present. While the euphoria readings several years ago signaled an 84% probability of a falling S&P 500 in the following 12 months, there is now a better than 96% chance of making money in the next year.”

END_OF_DOCUMENT_TOKEN_TO_BE_REPLACED

U.S. futures have paired upside by 60%

The Euro which was 1.26 overnight is now negative at 1.24ish

Spanish and Italian yields are rising 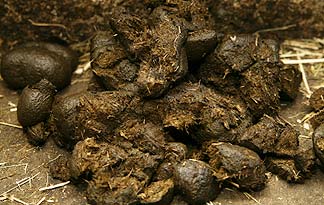 END_OF_DOCUMENT_TOKEN_TO_BE_REPLACED

Ireland May Seek to Gain on Spain’s Debt Deal

“Spain’s difficulty may be Ireland’s opportunity.

Spanish Prime Minister Mariano Rajoy is seeking as much as 100 billion euros ($125 billion) to recapitalize his nation’s banks. Ireland, locked out of the bond market since 2010, says it may use any leeway won by Spain to seek partial restitution for the 63 billion euros it spent shoring up its financial system during the past three years.”

END_OF_DOCUMENT_TOKEN_TO_BE_REPLACED

Mon Jun 11, 2012 8:29am EST Comments Off on Bond Trading Indicates Italy is the Next Country to Worry Over in a Never Ending Debt Nightmare

“The 100 billion-euro ($126 billion) rescue for Spain’s banks moved Italy to the frontline of Europe’s debt crisis as an initial rally in the country’s bonds fizzled on concern it may be the next to succumb.

Italy’s 10-year bonds reversed early gains today in the first trading after the Spanish bailout and declined for a fourth day, sending the yield up 7 basis points to 5.84 percent.”

END_OF_DOCUMENT_TOKEN_TO_BE_REPLACED

“Gold-investment demand in China may gain more than 10 percent this year as buyers seek a haven from Europe’s debt crisis and the prospect of weakening currencies, according to the country’s largest bullion bank.

“Investors here want to hold part of their assets in gold to hedge for the risks, especially now that the financial crisis has evolved into a sovereign crisis,” Zheng Zhiguang, general manager of the precious-metals department at Industrial and Commercial Bank of China Ltd., said in an interview in Shanghai.”

END_OF_DOCUMENT_TOKEN_TO_BE_REPLACED

Mon Jun 11, 2012 8:21am EST Comments Off on Oil Pops on China Stockpiling and Hopes That Europe Has Created a Sufficient Firewall for Spain

END_OF_DOCUMENT_TOKEN_TO_BE_REPLACED

Greece and Spain have brought turmoil to the markets and subsequently have curtailed investement banking and trading desk profits. Some analysts expect a 30% reduction in earnings for banks.

END_OF_DOCUMENT_TOKEN_TO_BE_REPLACED

Global Markets rose overnight on Spain’s bailout; but imo not as strong as they should have. Perhaps i am too harsh, but i would have expected much more upside action action in Europe despite the huge bounce last week.

END_OF_DOCUMENT_TOKEN_TO_BE_REPLACED

China’s resilience in trade indicates Europe’s debt crisis has yet to produce a collapse in world commerce on the scale of the 2008 global recession, even as the plight of Spain’s banks threatens to deepen the trauma. Stronger exports and imports also support the case for Premier Wen Jiabao to adopt a more restrained stimulus than the credit boom that started in late 2008 and stoked a property bubble.

END_OF_DOCUMENT_TOKEN_TO_BE_REPLACED

FLASH: The Heng Seng is Up and Running

END_OF_DOCUMENT_TOKEN_TO_BE_REPLACED

FLASH: Man Claims His Genitals Were Burned By Urinal In Arby’s

What happens to bears tomorrow….

MONUMENT, Colo. (CBS4) – An Aurora man is upset with an Arby’s restaurant and has filed a lawsuit after he said he was badly burned by the store’s urinal.

The incident allegedly happened two years ago at the Arby’s in Monument, but the man just filed the bizarre lawsuit against the restaurant.

Kenneth Dejoie claims his genitals were badly burned while using this urinal inside the store’s men’s room.

The five-page lawsuit was filed in El Paso County District Court on May 25. The lawsuit claims that Dejoie was “utilizing the urinal in the men’s restroom when it caused a jet of steam to shoot forth from the urinal and burn his genitals.”

END_OF_DOCUMENT_TOKEN_TO_BE_REPLACED

I left a fifteen year career in financial journalism amid the crisis of 2008.  I did this to join the traditional cable news ranks with a clear goal of revealing the ruthless truth about our biggest problems and telling the inspiring stories of those who are resolving them despite all odds.

After three years at MSNBC, two national roadshows and one book, (and a couple of rants,) my objections to our current political process and our dominance-at-all-costs culture that gives us all less, while we pay more is well documented.

Fortunately, I have been inspired by meeting countless “doers” like Bea Cohen, 102 years old and one of the original “Rosie the Riveter’s” to contemporaries like Marine Veteran Colin Archipley who after serving 3 tours in Iraq, started “Archi’s Acres” with his wife in San Diego to teach returning veterans how use low-cost, hydroponic, organic farming techniques to create good jobs that produce twice as much food, at a higher quality, using 90% less soil and water.

They are pointing us — through their actions in history and today — on a clear mission – to seize new tools and take cultural risks to resolve our challenges.  Bea Cohen, and millions of other women did this in the past. Millions of men and women are doing this now — simply by daring to create new, sustainable, tolerant, problem-solving cultures in almost every social, personal and financial system.

It is in this context that I have decided to leave cable news to collaborate and join with some of these leaders to experiment and explore new ways to tell their stories.

While it may seem unconventional to leave a rapidly growing political cable show on the eve of a Presidential election, to me, the timing couldn’t be better.

In fact, the thrill of an opportunity to expand new systems that cost less and give us more in every part of life is impossible to pass up.  I believe if we are honest about where we are now, honest about where we want to go and honest about how we are going to get there, we may well end up as the hero of our own stories.  While I don’t know exactly how my own story will develop, I hope to share some initial details with you soon.  In the meantime, keep in touch.

I have had the privilege and confidence of NBC News, MSNBC, and CNBC for nine years and want to thank everyone who worked with me in that time, especially Phil Griffin and Steve Friedman, who made the work of the past three years possible along with The Dylan Ratigan Show and MSNBC staff.  I look forward to collaborating with all of you in learning, sharing, and building new ways to solve old problems in this expanding mission.

As a testament to the cause, and credit to you, here are some of the latest ratings:

The Dylan Ratigan Show is the only cable news program to show total audience growth in 2012 (Year-over-Year/4pm ET). While CNN and Fox fell at 4pm ET, The Dylan Show on msnbc showed healthy gained.

The Dylan Ratigan Show gained in total viewership 18%, while CNN and Fox fell 15% and 7% respectively in total audience (Year-over-Year/4pm ET).

END_OF_DOCUMENT_TOKEN_TO_BE_REPLACED

The euro is higher by almost 1% versus the dollar, on a monster spike to the upside following the Spanish bailout. 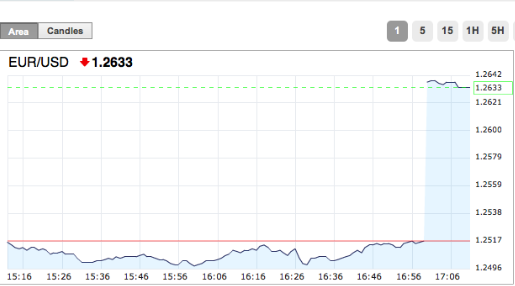 END_OF_DOCUMENT_TOKEN_TO_BE_REPLACED

“As you may have read or heard, Residential Capital LLC recently announced that it and its subsidiaries, including GMAC Mortgage, are restructuring under Chapter 11. The restructuring does not change your obligations as a mortgage borrower. You must continue to make your scheduled mortgage payments on time and in full.”

I can only guess why he sent me this letter. Maybe he’s afraid I’m going to do what he’s doing.

ResCap is a subsidiary of Ally Financial, which was founded in Detroit as General Motors Acceptance Corp., or GMAC, in 1919. It nearly collapsed in the 2008 financial crisis after it had made a bold expansion into “liar loans” and other subprime mortgage products.

Additionally, the U.S. auto industry it serviced was near death.

To keep GMAC alive, the Federal Reserve allowed it to become a bank holding company — giving it the ability to borrow from the Fed at nearly 0%. The U.S. government, beginning with the Bush administration, also gave it a $17.2 billion bailout, of which it still owes nearly $12 billion.

END_OF_DOCUMENT_TOKEN_TO_BE_REPLACED

Anticipate more unsubstantiated threats as the clerics flail desperately in an attempt to get oil prices back up.

LONDON (Reuters) – Iran’s state finances have come under unprecedented pressure and the resilience of ordinary people is being tested by soaring inflation as oil income plummets due to tightening Western sanctions and sharply falling oil prices.

Tough financial measures imposed by Washington and Brussels have made it ever more difficult to pay for and ship oil from Iran. Its oil output has sunk to the lowest in 20 years, cutting revenue that is vital to fund a sprawling state apparatus.

Already down by more than a quarter, or about 600,000 barrels per day, from rates of 2.2 million bpd last year, shipments of crude oil from Iran are expected to drop further when a European Union oil embargo takes effect on July 1.

Tehran is already estimated to have lost more than $10 billion in oil revenues this year.

Causing even more pain, oil prices fell below $100 a barrel last week to a 16-month low amid a darkening outlook for economies in Europe, the United States and China.