RENO, Nev. — Twelve people are dead and at least 30 critically injured after a plane crashed in front of the grandstands at the Reno National Championship Air Races on Friday afternoon, KOLO-TV reported.

The P51 Mustang came down at the event held at Reno-Stead airport at around 4:00pm, the Reno Gazette-Journal reported.

There were 30 serious and 30 intermediate injuries initially reported, authorities told the Gazette-Journal, adding that multiple ambulances had been dispatched to the scene.

Reno-Stead airport authorities told KOLO-TV that all planes had been grounded and spectators had been asked to go home.

The plane that crashed was entered in the “Unlimited” class, which includes World War II vintage aircraft.

Since 1964 there have been 19 fatalities at the Air Races, now in their 48th year, the Gazette-Journal reported.

END_OF_DOCUMENT_TOKEN_TO_BE_REPLACED 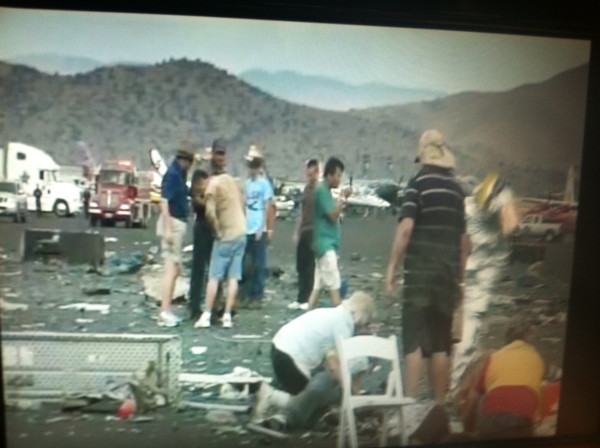 PHOTO SOURCE
RENO, Nev. (AP) – A plane plunged into the stands at an air race event in Reno in what an official described as a “mass casualty situation.”

It wasn’t immediately known how many people were killed. But video of the crash showed a horrific scene of bodies and wreckage at the front of the stands.

Mike Draper, a spokesman for the air races, told The Associated Press that Jimmy Leeward was the pilot of the P-51 Mustang that crashed into the box seat area at the front of the grandstand about 4:30 p.m. He said he did not have any information on the number of injured.

END_OF_DOCUMENT_TOKEN_TO_BE_REPLACED

Arizona Air Force Base Locked Down Amid Standoff

The Davis-Monthan Air Force Base in Arizona was on lockdown today as officials negotiated with a man believed armed and barricaded inside a building on the base.

The man was barricaded in the “old dorm,” azcentral.com reported, based upon an unnamed source. The website, affiliated with the Arizona Republic newspaper, reported that the man had taken no hostages and that SWAT teams were in position.

A U.S. official confirmed to ABC News that an individual with a weapon was holed up in a building at the base.

END_OF_DOCUMENT_TOKEN_TO_BE_REPLACED

A Miami businessman was sentenced to 50 years in prison on Friday for masterminding a healthcare fraud scheme that sought to bilk the U.S. government out of more than $200 million.

Lawrence Duran, 49, the owner of Miami-based American Therapeutic Corp, was arrested last October on charges that he executed what prosecutors described in court documents as “one of the largest and most brazen healthcare fraud conspiracies in recent memory.”

His prison sentence was believed to be the harshest ever for defrauding Medicare, the federal insurance plan for the elderly and disabled. He also was ordered to pay $87.5 million in restitution.

American Therapeutic was one of the nation’s largest chains of community mental health centers licensed by Medicare.

Prosecutors said the company, operating out of the southeastern city widely viewed by law enforcement officials as the healthcare fraud capital of the United States, billed Medicare for more than $205 million in claims over eight years for mental health services that were either unnecessary or never provided to patients.

END_OF_DOCUMENT_TOKEN_TO_BE_REPLACED

A five tonne, 20-year-old satellite has fallen out of orbit and is expected to crash somewhere on Earth on or around 24 September, according to Nasa.

Nasa says the risk to life from the UARS –Upper Atmosphere Research Satellite – is just 1 in 3,200.

Hurtling at 5m (8km) per second, it could land anywhere between 57 degrees north and 57 degrees south of the equator – most of the populated world.

However, most of the satellite will break or burn up before reaching Earth.

Scientists have identified 26 separate pieces that could survive the fall through the earth’s atmosphere, and debris could rain across an area 400-500km (250-310 miles) wide.

Nasa said scientists would only be able to make more accurate predictions about where the satellite might land two hours before it enters the Earth’s atmosphere.

END_OF_DOCUMENT_TOKEN_TO_BE_REPLACED

Mayor Bloomberg warned Friday there would be riots in the streets if Washington doesn’t get serious about generating jobs.

“We have a lot of kids graduating college, can’t find jobs,” Bloomberg said on his weekly WOR radio show.

As for Madrid, the most recent street protests were sparked by widespread unhappiness that the Spanish government was spending millions on the visit of Pope Benedict instead of dealing with widespread unemployment.

“The damage to a generation that can’t find jobs will go on for many, many years,” the normally-measured mayor said.

Bloomberg gave Obama kudos for coming up with a jobs plan.

“At least he’s got some ideas on the table, whether you like those or not,” he said. “Now everybody’s got to sit down and say we’re actually gonna do something and you have to do something on both the revenue and the expense side.”

END_OF_DOCUMENT_TOKEN_TO_BE_REPLACED

Jeffrey Gundlach, who was fired from TCW Group Inc. and started his own firm, won a $66.7 million jury award against his former employer for unpaid wages.

A Los Angeles jury today awarded the money to Gundlach and three of his colleagues, while also finding that he breached his fiduciary duty to TCW and misappropriated its trade secrets. The jury awarded no damages on the breach claim. A judge will determine damages on the trade secret claim.

TCW, the Los Angeles-based unit of Societe Generale SA, sued Gundlach, 51, in January 2010, after more than half of its fixed-income professionals joined DoubleLine Capital LP, the asset-management firm Gundlach started within weeks after TCW fired him. TCW sought as much as $566 million in damages.

The jury found that Gundlach and DoubleLine didn’t act willfully and maliciously in misappropriating trade secrets.

Gundlach, who had worked at TCW for 25 years and was named Morningstar’s Fixed Income Manager of the Year in 2006, countersued, saying TCW fired him to avoid having to pay management and performance fees for the distressed-asset funds his group managed and that went “through the roof.” Gundlach sought about $500 million.

Stern testified that he became suspicious of Gundlach after a series of September 2009 meetings and instructed TCW’s in- house lawyer to start monitoring the e-mail of Gundlach and others in his group. The investigation showed Gundlach’s people were downloading TCW’s proprietary information and looking for office space, Stern said.

Gundlach denied that DoubleLine used any of TCW’s proprietary software systems and data.

DoubleLine’s lawyers argued that Stern started looking to replace Gundlach as early as June 2009, about the time Stern returned to active management. Gundlach and other senior managers at TCW had opposed Stern’s return out of retirement and wanted the firm to be run by a management committee instead.

Gundlach had negotiated for him and his group to receive 60 percent of the performance fees for the distressed-asset funds he set up in 2007 and 2008. The funds invested in mortgage- backed securities that were downgraded and dropped in value with the collapse of the U.S. housing market.

As the funds performed better than expected, Paris-based Societe Generale and TCW wanted to replace Gundlach with a less expensive asset manager, DoubleLine’s lawyers said. TCW argued that Gundlach wasn’t entitled to management and performance fees from the funds after his firing.

END_OF_DOCUMENT_TOKEN_TO_BE_REPLACED

Debtocracy: A Documentary on Debt; How to Solve the Odious Debt Problem and Restore Economic Stability

Fri Sep 16, 2011 11:12am EST Comments Off on Debtocracy: A Documentary on Debt; How to Solve the Odious Debt Problem and Restore Economic Stability

Selling in the first half hour this morning seems like the right move.

At any rate, i’m done for the weekend so have a good one folks.

Here is some insight and a different point of view on Greece and the debt problems of Europe.

END_OF_DOCUMENT_TOKEN_TO_BE_REPLACED

Your Tax Dollars at Work

Think of how many subsidies exist like this because sheople pay not attention.

No wonder we have deficit problems

END_OF_DOCUMENT_TOKEN_TO_BE_REPLACED

China Has Control Over The Hot Potato Game

END_OF_DOCUMENT_TOKEN_TO_BE_REPLACED

Goldman Says Today Could Be Another “Marlboro Friday”

END_OF_DOCUMENT_TOKEN_TO_BE_REPLACED

CAUTION is Warranted in Gold Stocks

Did not like that break of $1790-$1800. So given hopes for Europe currently and ig a TARP style solution comes about gold may fiddle around for a year imo.

END_OF_DOCUMENT_TOKEN_TO_BE_REPLACED

Is the warning signal flashing red on oil ?

END_OF_DOCUMENT_TOKEN_TO_BE_REPLACED 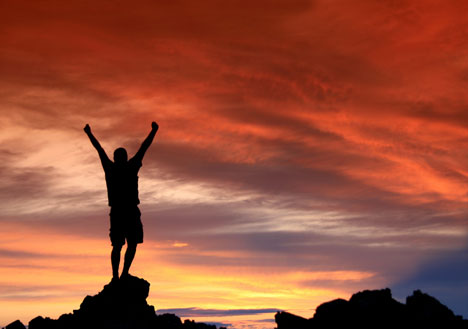