Following up from the HCLP overview, I’m next going to print my notes on BAS.

What we’re seeing here makes much more sense in terms of the environment. HCLP is a company that is almost growing through this oil correction. BAS is collapsing, and that makes perfect sense.

Here we note first that accounts receivables have been cut in half (unlike HCLP where they were actually growing). This is exactly what I should expect of a company which is in the business of drilling wells when oil falls like this.

Total current assets have dropped by 25% and now stand a full $100 million less than they were, in a span of 6 months.

BAS is also taking this is an opportunity to write off anything they can on the books. That makes sense – might as well take advantage of the storm where you can.

Debt for BAS is not unreasonable, and is one of the more attractive aspects of the company. Whereas many of their competitors are in real threat of default, I think BAS has repayment under control with a debt to equity ratio of 5.4.

I’m putting the intrinsic value of BAS at about $4.00. The company trades around there today. There is no premium for these shares at this time, no risk threshold to overcome. That sort of makes sense, since the company is losing money on paper, and Wall Street has decided this entire sector is suspect. But that’s also a nice floor to be working up from.

BAS lost $1.20 per share in the most recent three months reported, and a full $2.00 per share for the past six months on record. But here I view the most important element to be where those losses stand against amortization and depreciation.

BAS has done a stellar job of idling operations and cutting staff apace of the revenue collapse. They have kept their real cost outflows below where the revenue line is at. If we look past the write down of equipment, the company has been cash neutral for the past six months – a remarkable effort on their part.

Now, obviously equipment of an oilfield services company is under some sizable strain and must be replaced. But here, BAS has three factors working in their favor.

Firstly, BAS is not using all of their equipment, because they have idled operations. Provided proper maintenance and storage, their current size operations can last twice as long as before they scaled down.

Secondly, newer generations of equipment in this industry has reported longer lifespans and cheaper costs. I would imagine having so many now distressed oilfield services companies will also do wonders to get already built equipment from manufacturers to BAS at a yet more fabulous price. This was something I had been looking for before any of this happened to boost BAS profitability. It may not help save them.

And Finally, BAS is not going to have to buy much equipment for the foreseeable future; the CEO has set down a strategy of acquiring or merging with weaker competitors and absorbing their existing equipment along with. They are specifically creating target lists based on how well these prospects have maintained their service equipment and the average age of it.

So although each double digit percentage down day roils my stomach, when I see what the company is doing I almost have no more fear.

You can see the expert management at play here in the cash flows section best. Although income has reversed from a negligible gain to an $81 million loss, the cash coming into the business is barely down at all ($88 million versus $94 million a year ago). Paper profits determines investor sentiment, but cash is going to determine who lives and dies.

BAS is religiously guarding cash, keeping it flowing into the business…current tribulations not withstanding. After repaying debts (they aren’t even trying to raise more money right now) and other financing activities, BAS still saw cash increase by more than $10 million.

BAS is a most extreme tale for me. Back in September of last year, I sat tight because I had a 75% profit margin to work with. Yet, I have somehow still lost 50% of my principle. I will be the first person to tell you, I did not see this coming.

But although my heart is scared and weak, my head says “stay put”. 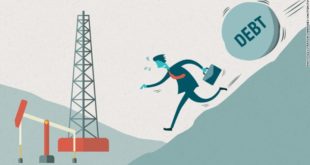 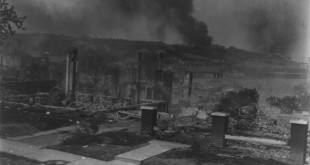