Syngenta May Be Pretty Screwed Here

I’ve been watching the apicultural epidemic unfold for a few years now, and with the utmost fear and concern. The honey bee is a cornerstone of humanity, and without it our life cycle is in grave peril – plagued by lower crop yields and harder access to food. Colony Collapse Disorder is to be taken very seriously.

Before now, though, I’ve been hesitant to listen to calls from environmental crowds claiming it was the pesticides/fungicides/GMO source. Mostly because the environmentalists rarely know what the hell they’re talking about, and also like to blame everything from global warming to child births to eating meat on pretty much every problem they encounter.

Also, I was aware of two other sets of studies; the first independently showing that a vast variety of chemicals (pesticides, herbicides, GMO ingestion, etc) on their own were not causing the problem. And the second, a study that showed high correlation between Colony Collapse Disorder and two seemingly separate variables – crop chemicals and a parasite, whose name at the time I didn’t bother learning.

However, the most recent study has a solid methodology and is pretty damning, if it can be supported independently.

The most common pesticides were the fungicide chlorothalonil, which is used on apple and other crops, and the insecticide fluvalinate, which is used by beekeepers to control Varroa mites, a honey bee pest that a government backed study released earlier this year fingered as the leading cause of honey bee decline.

The researchers only found neonicotinoids, which other studies have shown to be toxic to pollinators, in honey bees that were pollinating apples, suggesting the insecticide is just one part of a complex problem.

This chemical-laden pollen was fed to healthy bees, which were then tested for their ability to resist infection with Nosema ceranae, a parasite of adult honey bees that has been linked to the overall problem of honey bee decline.

The biggest surprise, according to the researchers, is that bees fed pollen containing the fungicide chlorothonatil (sic) were nearly three times more likely to be infected by Nosema than bees that were not exposed to these chemicals.

And there the story does seem to tie together nicely. The methodology involved controlled experimentation, rather than the wild accusations preferred by our modern Earth Society types, and it incorporates all the broad factors of the former studies.

So what is chlorothalonil? 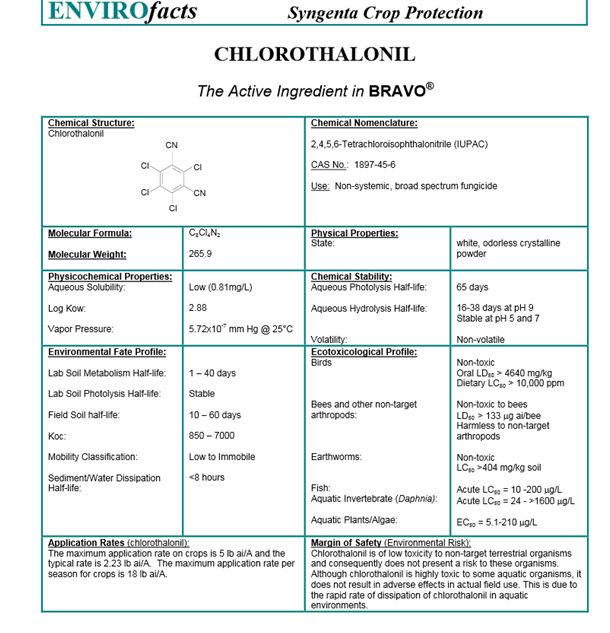 Specifically, chlorothalonil is an engineered chemical acquired by Sygenta (SYT) in 1998 and primarily employed to stave off fungus. And it just got implicated in one of the most serious calamities to hit humanity since…I don’t know, the onset of the last ice age? The death of the honey bee could have profound impacts on global populations. Here in America, prices go up, and sure that’s bad. But if it’s bad enough, over in Egypt or Syria, food stops coming altogether.

There’s one other red flag I found – REVUS 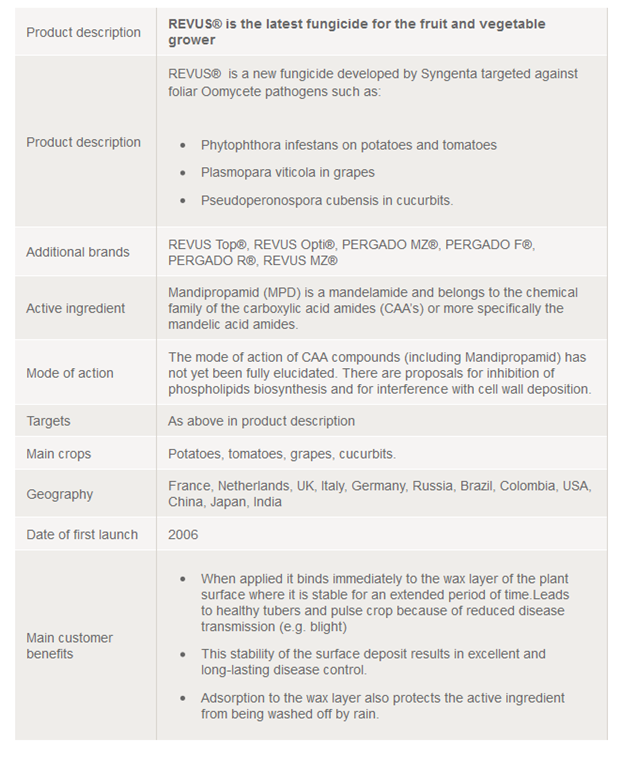 REVUS was first launched in 2006 (2007 according to Syngenta’s (SYT) SEC filing). Over the next several years, you can find documents with internet searches recording it being slowly green lighted across America, at roughly the same time as CCD began to become an issue. REVUS is also a fungicide, according to Syngenta’s (SYT) most recent SEC Form 20-F:

Mandipropamid (REVUS®), launched in 2007 and currently registered in 62 countries, is used on fruit and vegetables to combat late blight and downy mildew. Mandipropamid is marketed in all regions.

I’m watching this all unfold very carefully. For the moment, I am simply an observer. However, I am constantly assessing whether or not a short opportunity exists in SYT over this.

New Zealand also had a problem with CCD. However, over the last several years their domestic bee population has actually increased, thanks to hard work and careful diligence and treading on the part of farmers, working in concert with government and citizens. You can find reports on this here.

This is not the type of issue that can be clear cut with “GET RID OF THE CHEMICALS”. This debate is replete with hard choices that all lead down difficult roads. Thus, I am not confident that Syngenta (SYT) will be the recipient of any consequences for this (or anyone else for that matter). The need for high crop yield necessitates the presence of a party like Syngenta or Monsanto. We all may just eat the cost of cleaning up the mess.

But, the situation calls for close monitoring none the less. And if we ultimately decide to take the heavy handed approach, Syngenta (SYT) is likely where the hammer will fall.