GET TARRED AND FEATHERED $GOOS $MONC.MI

JUNGLE is so fcking tired of ranting and raving. So tired of hand-holding the hoi-polloi, destined for rummaging through Le Grande Outlet Mall of ‘Murka over the 4th. Goddam assholes. Do you even understand what you’re buying? No you don’t, you shit-heads. Instead of studying textiles and fabrics, soles, and rubbers, you just mimic, like lemmings. The plucky CEO of Moncler said it best:

I am convinced 90 per cent of consumers follow trends and they are not able to decide which bag they like best. They buy the bag they think is a trend, so you have to have an image that is very strong and very distinctive. The distinctiveness is fundamental”

And let me tell you morons, there is nothing distinctive about the “explorer” look. The ludicrous CANADA GOOSE, piece of shit that it is, is destined for the trash-heap known as VF CORPORATION and its pathetic brands. In fact, when it was featured in the idiotic tale known as Manchester-By-The-Sea, about a half-witted fireman . . . you catch my drift.

Any self-respecting sea-turtle driving a bright orange M6 with racing stripes would rather buy a $1000 puffa from Moncler. Particularly as inventories and styles are tightly controlled, and even have collectible potential. Vintage Moncler in the year 2030 anyone? Believe you me, it will be a thing. Until then guess who will be circling the purveyor of feathers : LVMH, RICHEMONT, KERING, LABELUX — understand, you god-damned mall-shoppers?

Moncler is for the “thin and beautiful”™ — and en vogue.

Boss Remo Ruffini has turned the once bombed-out French skiwear brand into a stock market darling with a €9.5bn market capitalisation. Its success was built on spotting the demand for more casual wear in the luxury sector. Moncler showed how elegance could coexist with comfort. The use of lightweight fibres allowed it to create a cut that was flattering, not to mention trendy. That keeps customers coming back. Two-fifths of its sales are repeat business. Moncler collaborates with high-profile designers. Its padded full-length evening dresses are the latest eye-catching example. Design savvy — along with skilled execution — has resulted in some of the highest profit margins in its sector. Moreover, there is limited competition in its niche. Other luxury brands dabble in its market. Canada Goose, which recently reported a 50 per cent rise in third-quarter sales, is performing well. But its coats are generally not as pricey. Moncler has moved upmarket; jackets cost 50 per cent more than 10 years ago, says Jefferies. Moncler deserves credit for reviving the popularity of down jackets among the style conscious. The big question is how long the trend will last. A taste for comfort is unlikely to disappear but fashions do fade. A 1980s vogue for puffa jackets did not last. The group has the design skills to lessen its dependence on outerwear. Other products such as knitwear and even swimwear are just a fifth of sales. But they are growing fast. Expect the brand to expand beyond inflated coats at swollen prices.

To that end says Ruffini :

“I don’t know how much longer luxury is going to be important or to be a point of reference as it has been in the past 30 years because the world has truly changed,” he adds. Ruffini muses that it “would be perhaps more modern, instead of opening 30 new shops, to open 30 places in the mountains where you provide luxury services, or ski Moncler where you can dress in Moncler and maybe only for the weekend”. He beams evidently delighted by the idea of a new business opportunity. “This is what the new culture wants.”

Meanwhile, if you’re on a budget please take a look at Orolay, or BOSIDENG will do the goddam job for a fraction of the price, while you prevent your nuts from freezing off.

Of course that rort just got shit-on by a short-report on 6/24 Monday:

Monday was one of the toughest days for Bosideng International and its billionaire chairman Gao Dekang since the China down apparel maker went public in Hong Kong in 2007. Its shares lost about a quarter of their value following an attack by short-seller Bonitas Research, which alleged “fabricated profits” and other irregularities. “We are short Bosideng and think its stock is ultimately worthless at HK$0.00,” Bonitas said.

Bosideng denied it had fabricated profits, and said the short-seller had erroneously compared financial statements that were based on China and international reporting rules. It also denied overpayment for acquisitions to insiders, the disposal of assets without payment, and improper payment of dividends to company insiders. Bonitas’ allegations were “misleading, biased, selective, inaccurate,” as well as “groundless” and “irresponsible,” Bosideng said. It also went on the attack itself, saying it was taking “all necessary actions” in response to the allegations.

Investors have been coming down on Bosideng’s side of the argument. The stock closed up 2.4% today at HK$2.17, its fourth consecutive daily rise and a more than 27% rebound from Monday’s low of HK$1.70. Bosideng has to gain more ground before it reaches Friday’s pre-attack closing price of HK$2.27, but it’s getting closer.

Bosideng’s shares and business have improved in the past year on a successful upgrade in the company’s brand and product line. The key to that success was to recreate Bosideng’s products and business channels, Gao said in an interview with Forbes China last year. He turned for help to outside designers for product ideas and styles to better able to compete with the likes of Moncler and Canada Goose. A new flagship store in Shanghai was created by French designer Thomas Clement. “We used to sell to older people but now we sell to younger people,” Gao said.

Gao’s resilience spans decades. He set up his first apparel business with a team of 11 villagers in eastern China’s Jiangsu Province when Chairman Mao was still alive, back in 1975, after learning how to sew from his father. The company’s long history is highlighted in a museum on Shanghai’s swank Nanjing Road which includes photos of early sewing machines and bicycles the billionaire rode to the office in poorer days.

As business grew, the group’s factory — called the Kangbo Arts and Crafts Fashion Factory — was formally set up as a collective in 1991. In 1994, the business was restructured into Bosideng Corp. with Gao as the driving force. A big early success: getting space to sell his jackets into department store industry that was dominated by state-owned companies. “At the start of China’s reforms, everyone didn’t have experience, and you had to figure out how to do the business,” he said. “To survive, you had to create the product and create a brand,” he recalls. “I went step by step.”

Meanwhile all of these assholes are doing all kinds of bullshit to unsuspecting animals.

CLAIM: “For Canada Goose, functionality is paramount and our use of fur is strictly for functional purpose. Our jackets are built to be used in the coldest places on earth where skin around the face can freeze in an instant….we have learned from the native people of Canada’s North and from a major research study conducted at the University of Michigan that there are three types of fur that truly protect people from frostbite.”

Anyways, enough is enough. There is plenty space in the market for these idiots at the moment. But, longevity is another topic. On that matter, JUNGLE’S unequivocal LUXE VOTE goes to Italy’s finest.

As a side-note: do you know how salty it is making JUNGLE to think about down feathers on a hot day? 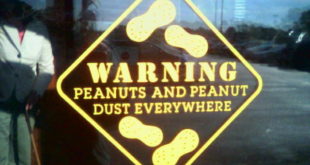 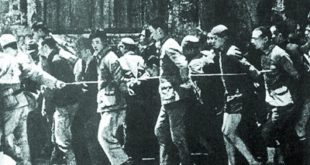 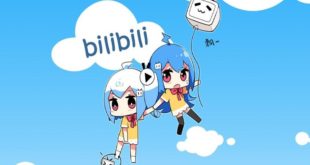