Retailer for tourists Tiffany reported this morning. I was considering digging into the report. Good brand. There’s real estate value buried in their somewhere. Stock has been hammered so you’ve got some buzzard activists over-head.

There could be a trade in Tiffany. If there is I’ll miss it.

I read the entire earnings release but I was mentally checked out before I got past the sub-headlines. Everything beyond that just confirmed the information bias I’d already formed when I read the header. That’s how brains work. They take in information and try to make sense of it as quickly as possible. It’s a mental trap but it’s also much more efficient, especially once you become proficient at analyzing companies.

It’s much less work to pass on a stock than force an opinion. Almost everything is a pass.

There’s a system of rules for communicating with investors. When a company changes the rules it’s a red flag. Sometimes that’s an opportunity. Usually it’s a reason to walk. Every once in a while it’s personal.

It’s amazing how many companies screw this part up. It’s an earnings release. You think it would be pretty straight-forward.

The format is well established: A headline (“XXXXX Reports 4th Quarter and Current Outlook”) and a series of bullet points fulfilling the promise made at the top. That’s the expectation of everyone involved. Anything else should immediately considered suspect.

Tiffany went with “Sales and earnings negatively affected by the strong U.S. dollar” as a first bullet. You’ll note the lack of numbers. Bite me, Tiffany.

I like math more than 99% of the world but I don’t want to solve little quizzes first thing in the morning. Every metric Tiffany gave was proceeded by a non-GAAP distraction from some economic world other than reality. They reported a bunch of ex-currency garbage and full year results. That means I have to subtract the first three quarters of the year, which doesn’t sound like much but is a subtle sign of disrespect. 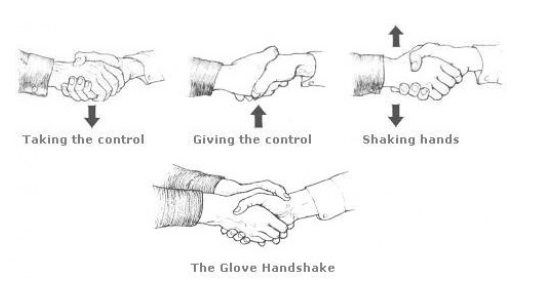 Tiffany’s manner of reporting numbers is akin to a man offering a handshake with his palm facing the floor. It’s a bid to control the conversation unnaturally. Tiffany is both selling me and making me do the work.

Some companies are so good they can get away with reporting however they want. Tiffany is not one of those companies.

Tiffany’s final bullet point at the top of its earnings release for Q4 and all of 2015 is this: “Company had strong cash flow”.

Dammit, Tiffany. I know the meaning off all 5 words in that sentence but the way you strung them together erased all their utility. As a statement “strong cash flow” has the weight of “Our products are glittery”. Tiffany is calling me dumb by putting such drivel at the top of the page.

Since Tiffany doesn’t want to give me real data let’s go ahead and discuss the company in the context of its appalling industry.

Tiffany gets the best mark-ups in jewelry. It commands a premium almost entirely because of the blue box and a 50 year old movie featuring Audrey Hepburn at the height of her considerable powers.

Audrey Hepburn as Holly Golightly is perfect. That’s a rare and wonderful thing and it’s cost American men billions over the last 50 years.

There’s some irony in Breakfast at Tiffany’s as marketing vehicle. For one thing, Audrey Hepburn doesn’t even buy a diamond. She can barely afford to go in the store.

Hepburn plays a gorgeous impostor with a shattered soul. The movie is a tragedy that’s been passing as a rom-com for half a century.

Pretty Woman has been uncomfortable to watch because of the gender roles for at least a decade but Tiffany the company continues to dine of the aura of Audrey Hepburn. Sold to you.

While we’re chatting, there’s also this. Diamonds, just as a concept, are morally indefensible. That’s not just me saying it. Here’s “Have You Ever Tried to Sell a Diamond“, the seminal 1982 piece from the Atlantic that exposed the origins of the giant scam that somehow made diamonds synonymous with love.

The diamond industry exists solely because women love them and men are weak. That’s not an excuse not to buy one, guys. You have to get her a ring. Try to figure out the smallest rock she’ll love and pay as little as possible. Diamonds are like taxes; no one really pays full retail. Avoid the mall merchants, especially their financing. Love doesn’t mean paying double-digit interest rates forever.

Which is more than you need to know. I’ve got basketball games to handicap and a weekend to get to plan. If you’re looking for a retailer dependent on foreign currency swings and hocus pocus to mask a core business that really can’t be handicapped keep digging on Tiffany. Otherwise this chart should be sufficient: 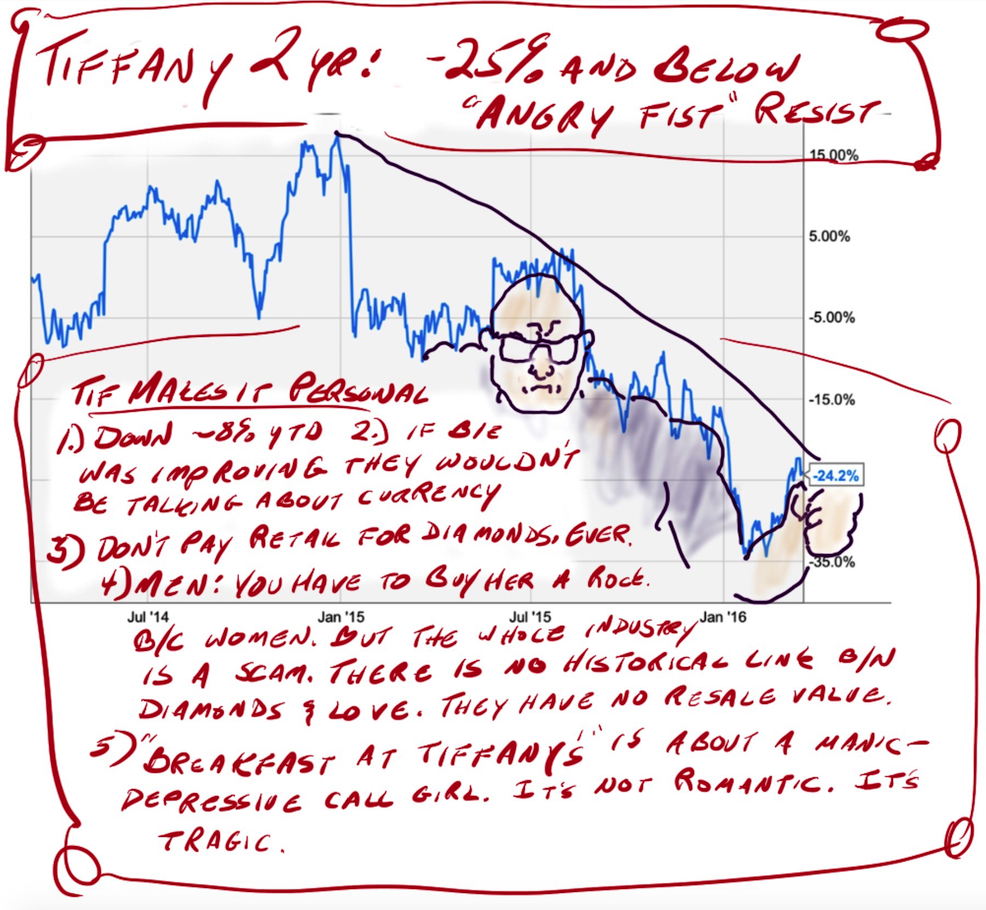