Donald Trump laid waste to the field yesterday, winning his second straight primary and sending Jeb Bush to the showers.

If Trump were any other candidate the remaining primaries would be academic. What the GOP is supposed to be doing right now is coalescing around the obvious front runner while Ted Cruz and Rubio fight to the death for VP. Instead Republicans seem content to simply keep running these things until anyone other than Trump wins so they can declare him the official nominee.

As Josh Brown noted, yesterday Trump won South Carolina in a walk after picking fights with Apple computer and the most popular Pope ever. Who’s going to stop such a man from getting what he wants?

Of Course Trump Can Win

Because we have the attention span of gnats there is general amazement Trump has made it this far. That’s just silly. Trump is working the same playbook Jesse Ventura and Arnold Schwarzenegger used to become governor of Minnesota and California, respectively. The platforms are different but elections have little to do with policy. They are about emotion. Outsiders all work the same gimmick. “The incumbent doesn’t care about you… I know what real people want and I don’t take shit or handouts. No one believes us but we are going to shock the world“. For as long as we’ve been holding elections this message has struck an emotional chord with American voters.

I’m not a political historian but I did spend most of the 80s either lifting weights or getting my brother to take me to see Jesse do his professional wrestling thing at the St. Paul Civic Center. I’ve seen these types of guys come around and watched them closely. People forget but you could count the number of white guys who shaved their heads on one hand until about 2010. Jesse took us mainstream and went from working as a bouncer to governor by playing to our natural desire to flip off the boss.

America elects the leaders it deserves. We take offense at the slightest gesture and are relentless ball-busters. If we don’t have a mortal enemy to fight at any given moment we simply invent one and quickly, mercilessly vanquish it. We are a great and powerful nation, just not quite as much so as we think. The United States is like a successful friend who would be lot cooler if he could just shut-up and stop making every damn thing a mortal competition.

Our bombastic national leanings leave us vulnerable to the occasional Ventura or Schwarzenegger. “We need a tough guy in office!” we cry. “He couldn’t be any worse than the jackasses we have now.” 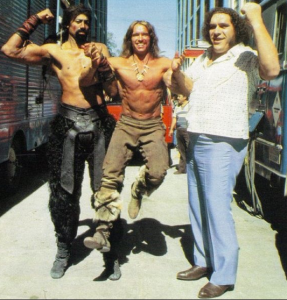 And on the margins that’s pretty much the case. Minnesota and California survived celebrity leaders just fine. Ventura’s reign came and went. Schwarzenegger proved the governor of California literally has no authority other than death sentence appeals. Both states went back to more conventional candidates eventually.

It hardly matters that there’s little to suggest Trump would be an effective President. If you removed the names of the candidates and just looked at the primary data so far you’d say this was obviously going to come down to Trump vs. Hillary with Trump sitting as a slight favorite.

The most Reagan-esque thing about Trump is how easy it is to underestimate him. I was very young at the time and am too lazy to Google on a Sunday morning but I’m 90% sure Jimmy Carter’s 1980 platform was “The guy from Bedtime for Bonzo? Are you f-ing kidding me?“. Carter could do the Sunday Times Crossword with a felt-tip pen in the time it took Reagan to pick through Ziggy but elections aren’t an IQ contest. If you were going on a road trip with Reagan and Jimmy Carter you’d flip the keys to Reagan. Sometimes it’s just that simple. 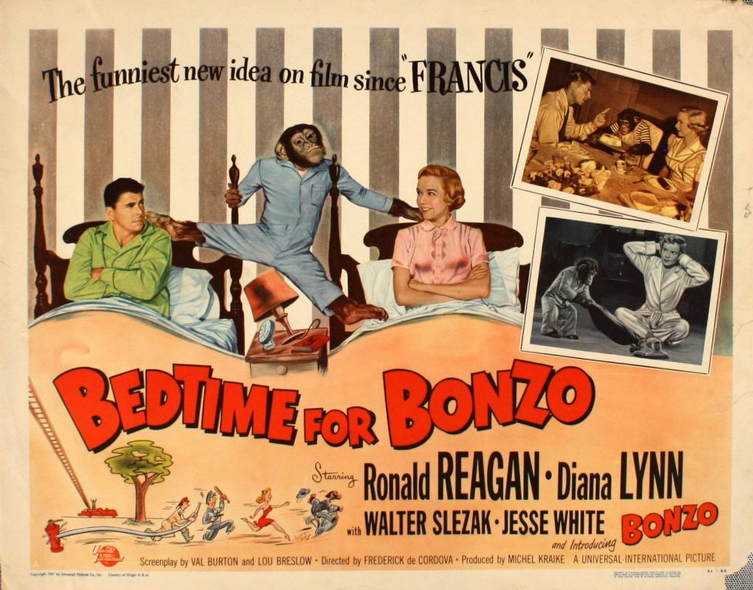 Much of Trump’s appeal is based on tweed-wearing ninnies blanching at the vulgarian. Trump is clearly having more fun than anyone officially in the race right now. He’s the Last Call candidate. “We’re out of decent people… Might as well take that guy”. If something I’m doing offends Chris Mathews there’s a pretty good chance I’ll do more of it, just for sport.

Trump is a gaseous planet. There’s substance in there someplace but it’s hard to measure. Take his offspring. I have no idea how much Donald had to do with the raising of these children but they are extraordinary by any reasonable measure. Finance is more gossipy than a sewing circle and you don’t hear anything bad about the Trump kids. Ivanka could probably finish 4th or 5th and she’s not even old enough to run.

“It’s easy to be great when your dad is rich” is the biggest beef against the spawn of Trump. It’s BS. The streets of NY are strewn with failed brats of the rich and famous. Ivanka should be doing blow with the Kardashians instead of beaming like a goddess at her dad’s victory party. Trump’s kids haven’t ended up on TMZ. That says good things about the man. Under his odd orange glazing and $50,000 comb-over Trump is genuinely proud of his daughter in this picture I took off my TV last night: 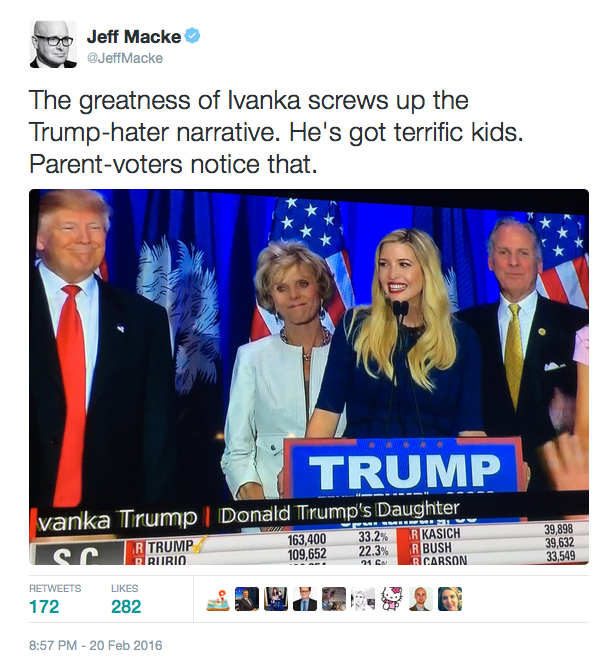 You can’t fake “that’s my girl” pride. That’s as sincere as you’ll see a man and Trump is genuinely likable grinning like a proud fool while his daughter bails out a disastrous speech by the current Mrs. Trump. The guy can’t be a totally vacuous idiot or least one of his kids would be a disaster. That’s just math. Here’s more math: Trump is winning. By the time MSNBC takes him seriously Trump will be gilding the Oval Office.

Disruption is ugly. Trump has blown up the entire funding system of elections. Jeb Bush blasted through scores of millions and didn’t make a mark in this race. Trump has obviated the 30-second campaign ad simply by being really good on TV and Twitter.

Trump’s legacy will be obliterating the SuperPac. He has monetized charisma via social media. A good Tweet from Trump is worth 2 or 3 Morning In America commercials. The American political machine is being saved from itself, accidentally, by a hyper-levered megalomaniac. A billionaire figured out how to run for President more or less for free.

There’s a certain cosmic beauty to that fact. It speaks well of America to have created such a system. That might be hard to see for a few years but is nonetheless true. Trump is an agent of chaos. We could use a little chaos right now. 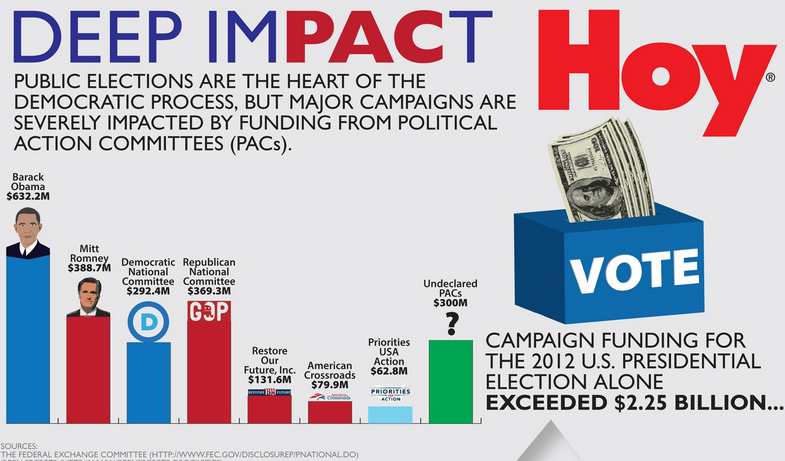 If you’re not familiar with Jesse Ventura’s political career here’s a decent piece from FiveThirtyEight.