Mourning LinkedIn And The Bull Market

LinkedIn picked the wrong night to take down estimates. Shares are off 40% after the spam-mailing job site apparently beat estimates and lowered guidance to negative one trillion dollars for current year.

Or something like that. I owned shares of LinkedIn for years. Finally sold it after the second Q of last year. In 10 weeks LNKD managed to crush shares by lowering guidance, rise after posting earnings in-line with the original number then plummet after slashing estimates yet again.

Which sounds like gibberish but it really happened.  That’s how LinkedIn rolls.  Here’s LNKD chart since it went public. Everyone of those islands was created by LNKD missing or beating estimates dramatically: 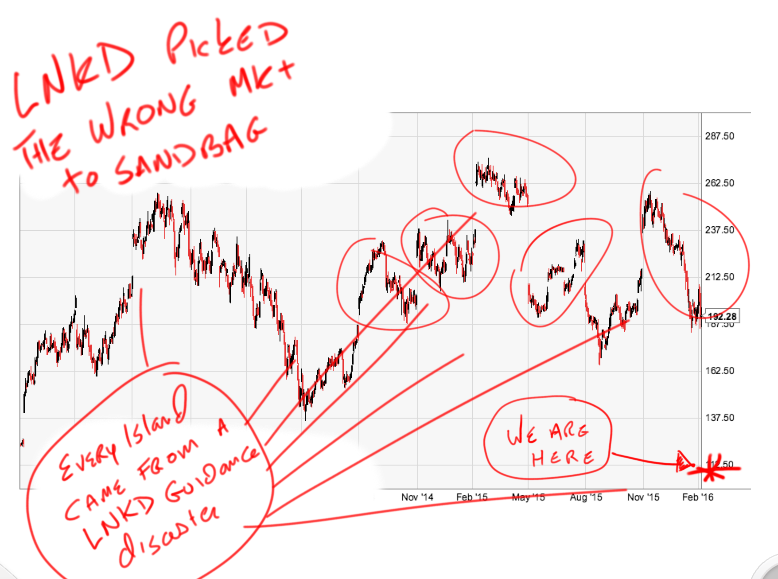 LinkedIn was a trainwreck but if you were truly shocked you just haven’t been paying attention. If Amazon shares can lose 15% on weak guidance taking 40% out of LNKD makes sense, in bear market terms. Being long LNKD was a preventable tragedy. That’s what makes it so sad.

Not even good earnings save stocks in a bear tape. Facebook has gone from the low $90s to $118 and back to $104 since they reported. Google has gone from the highest market cap in America to a house of misery in the last 5 days. Some people traded it but most investors are just getting pistol whipped. 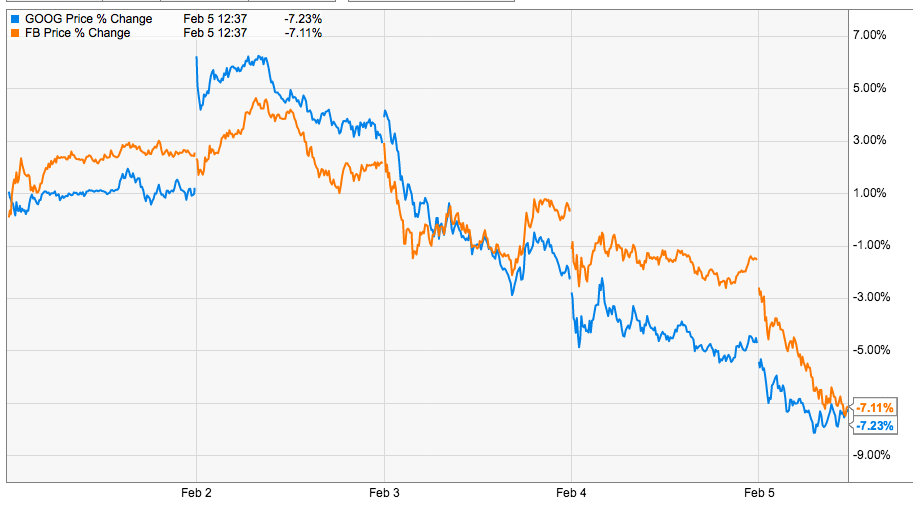 There’s no hiding from the pain. The S&P 500 is holding up relatively well considering the beating going on under the surface. That doesn’t feel like it’s going to last. This market feels like it needs a flush.

This is how bear markets work. No one gets out totally unscathed. At the bottom investors are strewn across a barren landscape. When the living envy the Nationwide kid it’ll be time to buy in size. We’re not there yet.

Previous GoPro CEO Gets A Pass
Next “Everyone Loses”: 3 Bear Market Rules