I was long both NVDA and SOXL heading into these numbers and I sold both in the after hours, a very rare thing for me because I believe both are heading much lower. The possibility that analysts will not downgrade NVDA is zero. Ergo, I’m fairly certain you’ll see further downside by tomorrow morning.

This is unfortunate, since I had a nice gain in SOXL and ended up selling for a 1% loss. My loss in NVDA was ~15%, an unacceptable drawdown, which prompted an immediate sale.

Gaming revenue was short of their expectations, and fourth quarter outlook is impacted by excess channel inventory of midrange Pascal products. They believe this is a near-term issue that will be corrected in one to two quarters, and remain confident in competitive position and market opportunities. Gaming revenue was $1.76 billion vs. $1.9 bln estimates, up 13 percent from a year ago driven by growth in gaming GPUs, and down 2 percent sequentially as gaming GPU growth was more than offset by a seasonal decline in SOC modules for Nintendo Switch.

Datacenter revenue was a record $792 million vs. $820 mln estimates, up 58% from a year ago and up 4 percent sequentially

In November 2018, the board of directors authorized an additional $7 billion under the company’s share repurchase program for a total of $7.94 billion available through the end of December 2022.

NVIDIA announced a 7 percent increase in its quarterly cash dividend to $0.16 per share. NVIDIA intends to return an additional $3 billion to shareholders by the end of fiscal 2020, which may begin in the fourth quarter of fiscal 2019

Whether this miss derails the rally remains to be seen. My hunch says semis will lead tech lower today. We’re past the China trade war narrative, and the Fed. Now we’re talking about fundamental weakness in some key names, such as NVDA and AAPL. 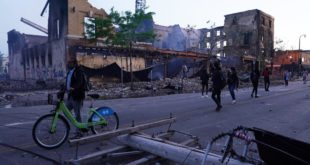