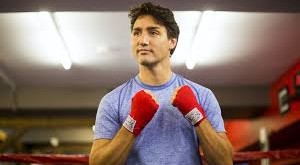 Things generally get done quickly in Canada. Elections are not drawn out, overly expensive affairs. Prime Minister Justin Trudeau (office assumed 11/4/15) has brought his debut budget via Finance Minister Bill Morneau, and while some are aghast at the scale of the near C$30bln (US$22.7bln, equiv. to approx 1.5% of CDN GDP) planned budget deficit, it was largely what got the Liberal party elected. Trudeau promised C$125bln of deficit spending over 10 years (up from $65bln planned by the prior no USA State Dinner “Melba toast”, Lego-haired Stephen Harper led Conservative government).

The planned Canadian deficit is much smaller than what the USA is running. On a GDP/per capita basis Canada’s deficit would translate to a US$225bln deficit for 2016 versus the US expectation of -US$616bln, 4.1% of GDP (up from -US$439bln in 15′). The US passed their first budget in 6 years in 2015. Obama, admittedly through the highly thorny Global Financial Crisis (GFC), has presided over 5 of the 6th largest deficits in the history of the United States, several of which breached $1tln (2009 deficit was $1.4tln, or 9.8% of GDP).

The recent rally in all things Canada seems to have outpaced all rational thought, even for a Canadian (hand held high, Cape Breton, Nova Scotia native). The pheromones released by young (44) Justin Trudeau do not explain all of the recent exuberance. Valeant aside, Canadian institutions have a reputation for being more prudent, more conservatively managed than their US and Global peers.

Canada is clearly a levered bet on a recovery in the resource sector. The equity market cap weighting of oil & gas and mining & metals for Canada at 35% is nearly 2X the USA’s 18%. The Canadian banking landscape is similar to Australia in that it is essentially an oligopoly, with an 80% share held by the top 5 players. Canada’s largest bank, Royal Bank of Canada recently overtook Goldman Sacks to be the 5th largest Bank (ranked by assets) in North America. RY trades at a P/E multiple of 11.2x versus 8.4x for GS. RY yields 4.3% to GS’s 1.7%. RY’s price to book is 1.8X versus 0.86X for GS. Notably, most US money center banks trade at a discount to GS, making the comparisons more stark.

International comps are even less kind. The Bank of Nova Scotia is Canada’s “Emerging Markets” bank with it’s top 3 leading markets outside of Canada/USA ranked Mexico, Peru and China. Perhaps a better global comp for BNS is embattled Standard Chartered ($STAN.L). BNS trades at a P/E multiple of 10.8x versus N/A (non currently profitable) for STAN. BNS has a dividend yield of 4.5% versus 2.1% for STAN and BNS trades at 1.5X book versus 0.4x for STAN.

Canadian real estate has been largely a tale of two cities, Vancouver and Toronto. China accounted for > 1/3 of Vancouver wide buyers in 2015. There are now 15 cities in China with populations >5mm. Canada only has 4 >1mm. Vancouver is #1 for Asian buyer due to i) climate and ii) proximity. FATCA has been a headache for many Chinese nationals with 10’s of thousands relinquishing their US Green Cards. While structuring solutions abound, US Estate taxes are an additional burden favoring Canada (Revenue Canada has no global taxation mandate and Canada levies no estate taxes, making it a tax haven at least on this metric). 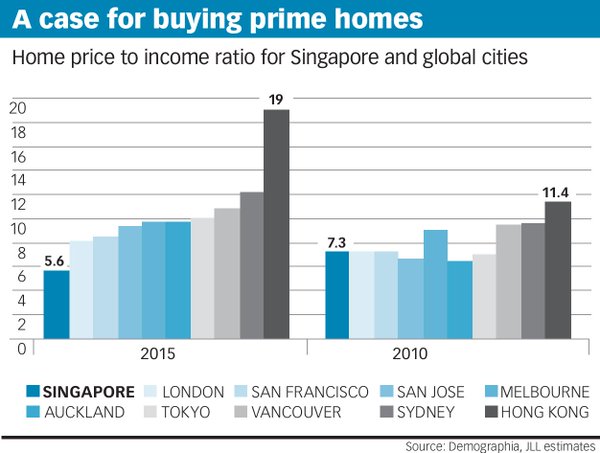 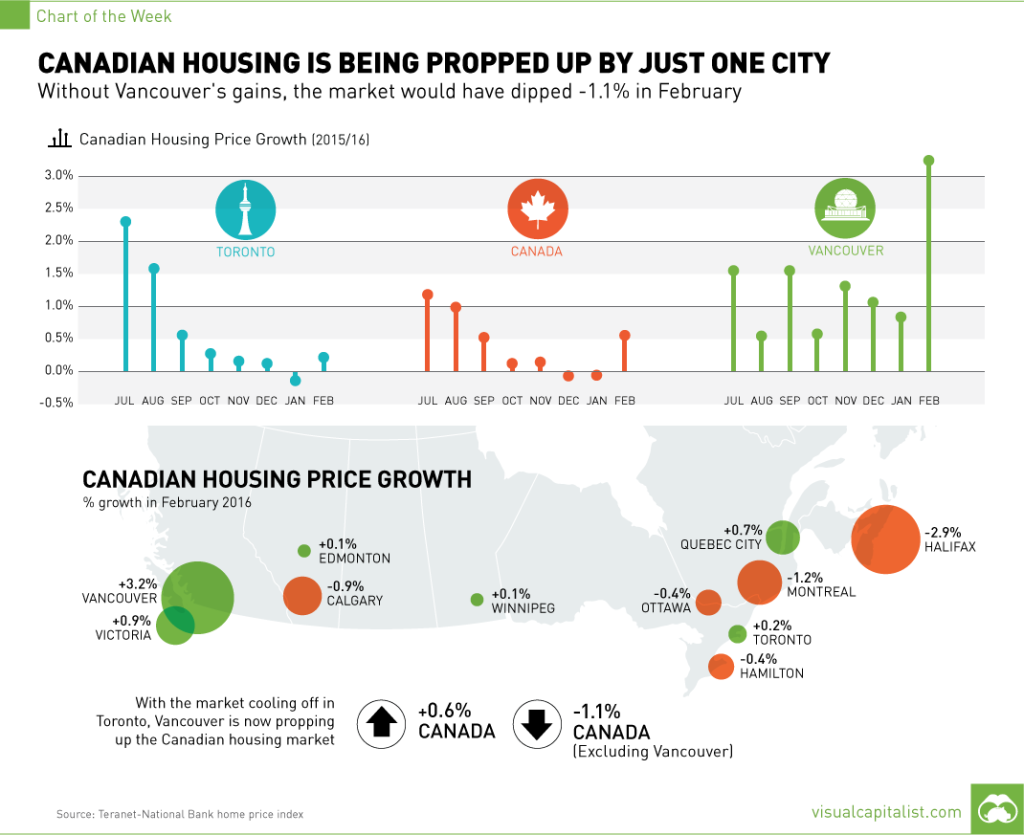 Perhaps it is the French influence, but Canadians do not like locking into long-dated mortgages. Americans refi at the drop of a  hat in a falling rate environment, but most Canadian mortgages carry a hefty pre-payment penalty (3 months interest typically). IF people fix their rate it is typically for 5 years (30 year amortization). Overall consumer debt in Canada is high at 1.65x income but the make-up of the debt is less worrisome, dominated by residential mortgages, followed by home equity line of credit with credit card debt as distant 3rd. With the broad government support/subsidization for higher education, the student loan debt burden is but a fraction of the US $1tln + (size adjusted of course GDP and/or population, near 10:1 on both metrics). Canada ranks as the most highly educated country in the world (51% of adults >25, including immigrants, hold at least a Bachelors degree, up from 40% in 2000).

Immigration policy is a key metric when sizing up Canada. Policy has resulted in 1% growth (300,000 per annum) via open immigration policies. Foreign students has been a particular area of focus, with recent rules relaxed to have students study time counted partially (50%)  towards the time required to get eventual citizenship. The once popular immigrant investor program which granted permanent residency for those passing a net worth test of C$1.6mm and a C$800,000 no interest loan to Her Majesty in Right of Canada was replaced with a venture capital pilot requiring C$10mm net worth and $2mm tied up interest free for as long as 15 years. Perhaps more importantly than the dosh is the fact the venture program requires proficiency in either English or French whereas the immigrant investor program had no such requirement. The venture capital program has not been popular, needless to say. Canada was officially made a bilingual country (English/French) by Justin Trudeau’s father Prime Minister Pierre Trudeau. Montreal, Quebec at 4mm souls ranks as the 4th largest French speaking city in the world after Paris – France, Kinshasa – Democratic Republic of Congo (DRC) and Abidjan – Cote d’Ivoire. 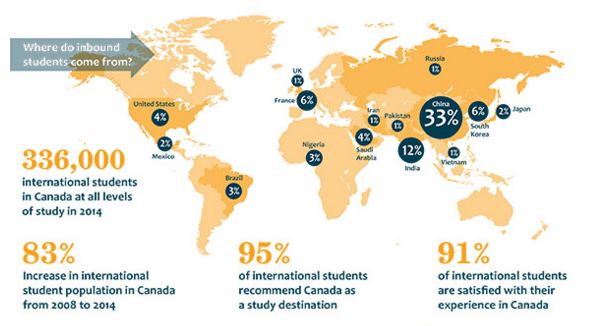 In the last quarter, Canada has admitted 25,000 Syrian refugees. Through the generous family sponsor program Canada has been able to double their country wide intake and plan a full 50,000 Syrian refugees for all of 2016. While these numbers pale in comparison to the 1mm + refugees Germany has accepted in the last year, Canada is clearly punching above their weight as a global citizen in this regard. The scale of the refugee crisis in Europe is immense and the most acute since the end of WWII. Some from developed EU countries which have borne the brunt of refugee support have turned an eye to Canada as a possible long term port in the storm (read, more potential high calibre immigrants). Trump “crazy dodgers” could eventually outnumber 60’s draft dodgers (est. 40,000) with Cape Breton’s program eliciting many hits if not plane tickets (yet). http://cbiftrumpwins.com/#intro

Tax policy. With the promised/coming tax hikes for “high earners” (>C$200,000, approx. US$150,000) in the most recent budget (+4% to the Federal rate) Canada is 2nd only to France in taxing high earners. All-in tax rates for Ontario domiciled high earners is 53% order of magnitude, on par with the “Left coast” California at 52.9% (although that rate is at a higher income level). Corporate taxes in Canada are considerably lower than the US (<13% overall) with small business, defined as those making <$500,000 taxed at modest rates (10.5% Federal + modest Provincial rates).

There are likely easier and more compelling markets to short, despite apparent valuation asymmetries. The recent Canadian Dollar rally is likely to lose steam (personal financial exposure to CAD pared in favor of USD through early 2017). JCG