75% of global REE are currently sourced from China, where the bulk of global supply is processed, due largely to lower labor costs. 22% of REE emanate from Japan, and a scant 3% rest of world (ROW). 97% of current mine supply is from China. 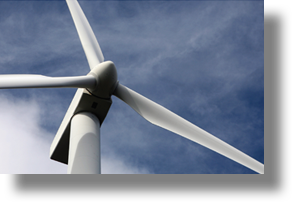 Many, including the author, think the US should urgently take steps to secure a consistent supply of REE, strategic metals both for clean energy initiatives (rechargeable batteries for electric vehicles and the generators for wind turbines making up a goodly portion of the demand) and for national security & defense applications (jet fighter engines, missile guidance systems, anti-missile defense, satellite and communication systems). 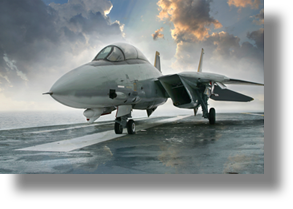 The US currently imports 100% of their REM (Rare Earth Metals) and REO (Rare Earth Oxides) from China. World REE reserves are estimated at 110mm tonnes with China accounting for 50% and the US at 13%. Obama brought a 2012 WTO case against China, accusing them of hoarding key rare earth metals. Little progress has been made, although the WTO did rule against China in the case and export restrictions were lifted in 2015. The odds for Trump sweet talking better relations seem long. The typical business greeting in China is now the handshake, but most have little exposure to Trump’s Krav Maga version of the customary greeting. 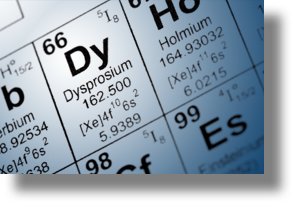 Crystal abundance for REEs ranges from 0.5 to 60 ppm (part per million). It is often not economically feasible to mine solely for REE given the scant concentrations found in most deposits (Cordier 2011). Further, their often conjoined occurrence and similar properties makes the extraction of a sole REE both difficult and cost-intensive (London 2010). Copper is typically 50ppm, as a point of reference, hence while rare in relative terms, a concerted effort by the USA (#MAGA) to be self sufficient in elements like neodymium (29ppm as noted) is within the realm of possibility. Where should we start? The state with the lowest population density, Alaska (Sarah Palin land) seems like a good place to start.

Ucore Rare Earth Metals is a Canadian (Bedford, N.S.) development stage, micro-cap company with some big aspirations in the REM space. Ucore’s primary listing in on the TSX Venture exchange under the ticker UCU.V sporting a market cap of C$89mm (US$66mm). Very low liquidity, but the name also trades over the counter (OTCQX), under the ticker UURAF in US$.

Ucore has trademarked an innovative separation technology, “SuperLig” which can extract valuable RREs from oil sands and other tailings such as coal ash. Test results thus far for this innovative and potentially disruptive technology look promising. Ucore has been able to extract specific rare earth elements via it’s Molecular Recognition Technology (MRT)  nanotechnology to >99% recovery rates and purity.

Ucore is not just a mining technology company via SuperLig MRT, they also own over 11,000 acres of land in mine friendly Alaska – Bokan-Dotson Ridge, in Southeastern Alaska.

Readers can dig into the assay result provided via the link. Ucore advertise they have the highest grade heavy REE (HREE) deposit in the US (N1-43-101 compliant). REEs with atomic numbers =<62, the ceric group, are termed light REEs. 63 and above are more rare (hence expensive) and termed heavy REEs. The 4 elements highlighted above have an anomalous skew in Bokan results thus far. The Alaskan government is certainly excited at the prospects for Ucore (Jewel CD sales have hit full saturation at 30mm). Through AIDEA (Alaska Industrial Development and Exploration Authority) they have made a US$145mm financing commitment to the Bokan-Dotson Ridge REM/REO project, subject to a laundry list of conditions of course. A pledge of this magnitude from the Alaska government could cover 2/3rds of the capex for the project and importantly, avoid dilution for common shareholders.

The only ETF specifically targeting the space is VanEck Vectors Rare Earth / Strategic Metals ticker $REMX which has AUM of $53mm and approx. 50,000 shares trade per day, on average.

Very small allocation justified, if all all, given the perilous track record rare earth miners have left behind for forensics. Molycorp Inc., ticker MCP filed for Ch. 11 in June 2015, having reached a market cap of $6bln at its peak ($77 share May 2011). Skull and cross bones warnings.