When you hear the term Smart Money what comes to mind? For many, it’s institutional investors with privileged information pulling the strings on market movements. Smart Money consists of the insiders, the mythical perfect traders, that group of people that is always two steps ahead of the average Joe and one step ahead of you.

When I talk about Smart Money that’s not what I’m talking about.

What does that mean?

Future generations will look back at this time and think trading pieces of paper in exchange for goods is as silly as our ancestors trading seashells.

Our money today is dumb. Really dumb. The Pentagon lost over $1 trillion because they couldn’t keep track of where it went. Enron happens because the money is so dumb no one can verify if audited financials are reliable. Madoff was successful for so long because his clients had to rely on his fabricated statements about their investments. Financial crises in 2009 happen because Lehman and AIG can play fast and loose with financial regulations when using dumb money. Hurricane Maria funds for Puerto Rico were mostly squandered because local government had a windfall of relief money and little oversight. Terrorism happens because any organization can be funded anonymously with a few palettes of paper shipped across borders.

These events caused by the abuse of dumb money impact billions of people. Those who control money with little oversight act with impunity causing massive losses for the public, and they often get away with it.

The US government prints dumb money every day to cover a multitude of poor decisions. There is no limit. They just print it. PRESTO! More money. An Econ 101 student understands Supply and Demand, so how dumb is that?!?

Every fraction of a Bitcoin that has and ever will come into existence is publicly verifiable. I can buy a coffee with Bitcoin with more privacy than if I use a credit card but I can’t transact in Bitcoin illegally with anonymity. This is very important to understand. Bitcoin is private, but not anonymous. Bitcoin is Smart Money.

So what is Smart Money? Bitcoin is programmable. Here’s a basic example in money terms. When you dine at a restaurant you are presented with a check to pay. That check has a breakdown of your meal plus taxes and usually an optional tip. With our current dumb money this puts a burden on the owner to account for taxes, tips etc. Small business owners spend thousands to be compliant with taxes. With Bitcoin your check can be a Bitcoin invoice where taxes (sales tax, municipal, alcohol tax etc) are their own Bitcoin payments separate from food and tips. Send your Bitcoin transaction and every tax, tip and payment gets paid instantly to the final destination. This relieves a huge burden for the owners and governments. This changes the game. Dumb money can’t do this.

Here’s another example. Many countries have lax or difficult to enforce clean air laws. Why spend money to ensure your car runs cleanly if you can externalize the costs to the environment and other humans? Why would chemical plants handle chemicals cleanly if they can dump it in the river? With programmable money clean behavior can be incentivized. Smart contracts on Bitcoin can meter and enforce compliance and/or fees. Dumb money can’t do this.

Many of the ills in society are because individuals or corporations can externalize costs with very little risk. Banks are routinely fined for different reasons yet they continue the unlawful behavior because in the long run dumb money covers their tracks enough times the occasional fine is not a deterrent. Bitcoin, as a distributed ledger, can keep all transactions in compliance. Dumb money can’t do this.

This works because every fraction of a Bitcoin can be instantly verified anytime. There is no “fake” Bitcoin and there is no way to move a Bitcoin that doesn’t leave a public record. Bitcoin is private, but not anonymous. Bitcoin is a global ledger.

Now imagine Bitcoin everywhere. Gas station, groceries, international shipping and trade. Smart Money that is programmable and instant. Tax relief that is immediate and automatic. Accountability that is public and global. The opportunity to commit fraud disappears. Honest Money means Honest Government. Smart Money means Smart(er) Government. Who doesn’t want to live in a country where the Government is just as accountable as the tax payers?

This is what mass adoption looks like as a world currency. Now, which coins fit this criteria? Scalable, honest, on chain.

Once you understand this capability and the impact you can see this system is inevitable. I can’t say exactly how this will look, and realistically this may take a decade or more, but there’s no going back.

A global ledger of value (and information) transfer is the next (r)evolution of human transactions. 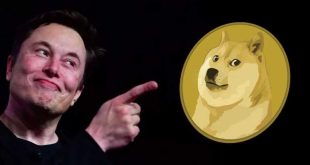 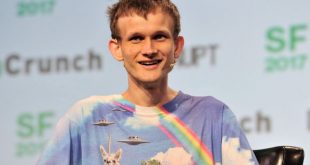 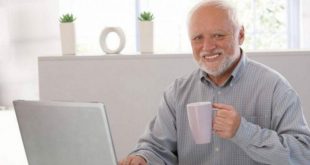