The Creature from Silicon Valley

CoinSpeak Sat Jun 15, 2019 11:47am EST Comments Off on The Creature from Silicon Valley

G. Edward Griffin wrote a book called “The Creature from Jekyll Island” in the 1960’s. Summary below:

Where does money come from? Where does it go? Who makes it? The money magician’s secrets are unveiled. Here is a close look at their mirrors and smoke machines, the pulleys, cogs, and wheels that create the grand illusion called money….. This book is about the most blatant scam of history. It’s all here: the cause of wars, boom-bust cycles, inflation, depression, prosperity. Your world view will definitely change. Putting it quite simply, this may be the most important book on world affairs you will ever read.

This week more information was disclosed about Facebook’s cryptocurrency and who has collaborated on the project. From the article here is our first look at what companies have been involved: 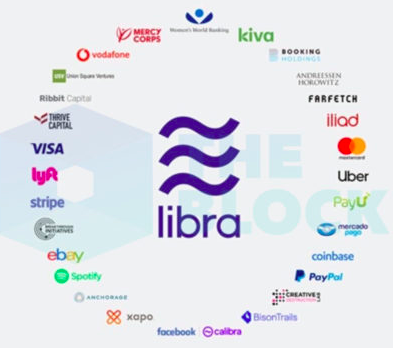 Each company paid $10M to be on the FB/Libra network to be involved in governance of the currency. Sound familiar?

Notice the theme in those companies? With the exception of Visa/MC most of those companies are Silicon Valley companies. They broker in info, specifically, your info.

Now the group are coming public about the meetings they’ve had and their intention to launch a new currency. A currency these companies will control 100%. Using their coin will submit you to their rules and regulations, possibly including censorship and confiscation. Those at the top can issue the currency per their own desires. The USD has lost 97% of it’s value as a result of Federal Reserve polices where Fed independently sets rules to benefit the unnamed Fed owners. Do you think this time is different?

But let’s not get too far into the weeds. Let’s evaluate this FB project vs Bitcoin at a high level.

LibraCoins is composed of a group of companies that paid for entry. They will control the currency as a group. You can safely assume that means they will act in their own self interest. Entry onto the network is a  minimum $10M entry fee, approval from FB and/or partners. Likely certain parts of the world would be blocked from participating to further the founder’s interests and aligned nation states.

If you think FB has a lot of data about you now, wait till they also know where you spend your money.

Bitcoin is a system of honest money. Bitcoin is hyper competitive. Contrary to LibraCoin, the actors in Bitcoin are competing with each other to process transactions. This brilliant design makes Bitcoin stronger through decentralization. Libra will work towards increasing network power for the benefit of those at the top. Bitcoin is a Red Queen Game guaranteeing evolution such that no one company will reside in the top spot for long, but the protocol is made stronger for them having competed.

Information is money. The companies that comprise LibraCoin are information brokers. Users of LibraCoin are making 3rd party brokers of their info stronger. With Bitcoin, you own your identity and info. You can protect it and/or share it in granular fashion. Bitcoin’s privacy model turns the business model of Silicon Valley upside down.

FB/Libra coin is not new. It’s The Creature from Silicon Valley. A group of Silicon Valley elites are creating a currency that derives it’s value from their already stored bank of your information. This info is increasingly of interest to governments. Example: China’s Social Credit System. Using LibraCoin will usher the world further towards a world where your data is not your own and your behaviors are measured in relation to the desirability of that behavior with corporate and government doctrines.

LibraCoin users will be a cog in FB’s machine. Not only is this Edward Griffin’s “Creature from Jekyll Island” it’s also George Orwell’s “1984”

LibraCoin is the screen. BSV is the hammer.

The exchange of value via money is as old as humans. We are entering a new era for humans. Programmable money. Who holds the strings in this game will set the direction for humanity in the near future. Will it be an objectively honest system of money based on math or a currency issued by the Silicon Valley elite in cooperation with Western Nation states?

The real game Bitcoin has been waiting for has started.