Sold All Of My Monero 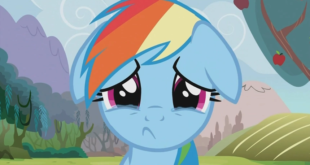 I have made a portfolio change. Rather than BCH, EOS and XMR I have reallocated.

I have sold all of my XMR and I have added to BCH.

Monero has a lot going for it: regularly scheduled hardforks, anonymous by default, a clear and concise roadmap with a process for what items are prioritized.

Monero may also have one of the largest botnets mining XMR on people’s computers without their consent, but that’s more of a fun fact than a feature.

Confidential transactions and anonymity are important in Crypto and XMR has been a leader. However, I don’t feel it’s in a place to hold that position much longer.

The unique value that XMR has in it’s anonymous by default architecture doesn’t make up for the areas where it has lagged behind: hardware wallet support, mobile clients, usability (altho it’s more usable than ZEC) and scalability.

The Monero dev team is also lead by Riccardo Spagni AKA fluffypony on Twitter. Fluffy relishes playing the crypto troll. He wears hats that say EXIT SCAM and is an anti-promoter of Monero. The anti-promoter anti-hero role had a certain appeal in the ICO crazy heights of crypto mania of 2017. Here was a guy telling us not to buy the coin he’s developing. Maybe he “can” be trusted.

I don’t know if he can be trusted or not, but I do know that I’m not so thrilled about having an investment where the most public figure is telling people to not buy the coin I am holding….and is still saying that as the rest of the market matures, explores new partnerships and stakes claims on dominating whatever niche they’ve claimed as their own. It’s a…ummm…. unique strategy.

END_OF_DOCUMENT_TOKEN_TO_BE_REPLACED

Enjoying A Crypto Melt Up 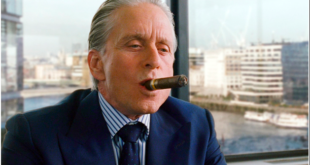 Things are good in Crypto land. I’ve managed a return that would shame billion dollar money managers for their entire career in the past two weeks. I’ve enjoyed egregious gains and catastrophic drawdowns since my first Bitcoin purchase at $13. It’s been a wild ride. Were I not in early enough and had weathered the dot com collapse I may not have made it this far. Truth be told, I was built for this.

Feel free to ignore the 80% drawdown suffered from the highs in December, that’s just going to be a speed bump on the chart in 2020. Perspective gentlemen. Don’t ever lose it.

I am watching in awe as EOS FOMOs out of control. Up 27% in 24 hours. It’s beautiful. Let’s look a little deeper.

I have been an EOS holder since day one back in summer of 2017. I weathered that nasty downturn to ~50 cents on an ill conceived FOMO buy over $3.00. Now I am sitting on a stack of vaporware tokens valued at over $14.50. These are amazing times we live in. Let’s call it a 4x gain in a year for easy math purposes.

What to do now? Well, taking profit here seems a no brainer. Take the money and run! If I’ve learned anything it’s that GREED ruins my portfolio more than anything else. It’s the bane of my existence. My personal kryptonite. And EOS is due for a pullback.

Truth be told I understand EOS even less now than when I purchased it initially. It’s morphed into a beast. It’s promising high transaction speeds, a revamped ICO market, easy access to new projects with automatic airdrops and a governance system that addresses many flaws in other systems. It’s all from the brain of Dan Larimer who has an impressive list of accomplishments in Crypto projects.

So a profit here, while seemingly sane and prudent, may be the worst move. It may also mean suffering an intermediate 50% drawdown of course as gravity takes effect. No chart stays vertical. But if EOS does take over the ICO market, proves a fast/scalable platform for decentralized apps and shows the crypto world the way to implement a fair governance system then the EOS run of 2018 may make ETH look rather pedestrian by comparison.

In my risk/reward calculations it’s an easy choice. Greed is good.

END_OF_DOCUMENT_TOKEN_TO_BE_REPLACED 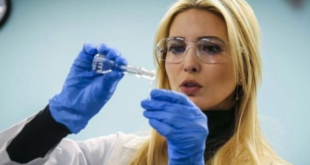 $1,560 is a key level for Bitcoin Cash. This level has served as important support and resistance. Once broken we could see a violent upswing.

In the words of the immortal Jesse Livermore:

Prices are never too high to begin buying or too low to begin selling.

This technical level for price is a natural place to pause. There is the May 15 hardfork three weeks away and many other projects in motion that are bringing the value prop of BCH into sharper focus: Money Button, Memo, BCH SDK and others. Yes, these look like immature products. They are. It’s still *early* in Crypto. Have some foresight and fortitude for once in your life and stop chasing shiny objects.

All it takes to be Warren Buffet in Crypto is to hold for more than 180 days.

Zooming out on Crypto understand this is a once in a lifetime opportunity. Yes, you may groan at that kind of hyperbolic language but it fits here. Don’t let your cynicism ruin the opportunity. You plebs bought the TSLA dream and think you are geniuses for worshipping at Church of Elon but meanwhile you are missing out on the actual future of money because “you got it all figured out”. Don’t do that. Be humble. Consider the possibilities.

Tim Draper says Bitcoin will be bigger than TSLA and others combined: 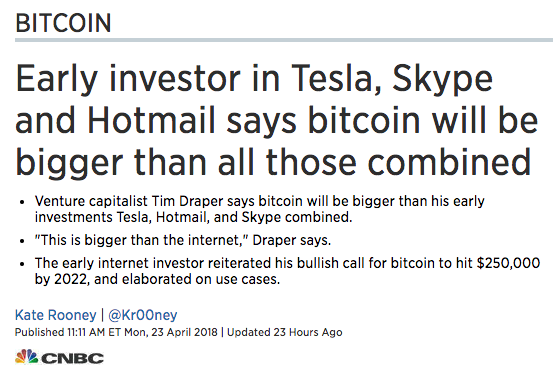 Crypto is in an S curve adoption curve over a 10+ year timeframe. We are entering the vertical ascent. Yes, there will booms and busts along the climb. Don’t count it dead and don’t (necessarily) wait for the best entry point.

And regarding what coins to buy I have been clear in my opinions and reasons. One thing that has shifted for me is that it may no longer be the best strategy to buy an index of the top 20 coins and wait. This strategy was a monster the past 2-3 years but I think the market is smarter. The cream will rise to the top. Comparing to dot com days, don’t buy Xcite when you can be buying Google.

END_OF_DOCUMENT_TOKEN_TO_BE_REPLACED 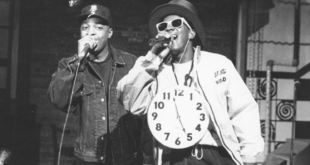 Crypto is back and so am I. If you didn’t buy the dip you still can.

Bitcoin Cash has run 110%+ recently and is gearing up for a May 15th hardfork to enable new functionality in the form of opcodes. In layman’s terms, opcodes enable BCH to do anything any alt coin can do now. It’s Boolean logic. IF….THEN type logic. This means your favorite alt coin just got obsoleted.

“Bitcoin is Turing complete. This means Bitcoin can perform any function related to a payment you can do with a high level programming language.” -Satoshi’s Vision Conference, Tokyo 2018

PROGRAMMABLE MONEY. Plus more. And not that ETH crypto kitties BS. We’re talking about contracts built on a network that can scale.

Also, there is a lot talk about privacy on the BCH chain. Oblivious transfers and threshold signatures. This tech can make BCH private, anonymous and easier to protect. Transfer anonymously, recreate private keys, change every address with every block. This makes BCH anonymous and safe. Public blockchain transactions are optional.

So, can BCH eat every alt coin for lunch? Is privacy and anonymity months away? What would that do for it’s utility and value? Watch this talk from 2017. Google everything you don’t understand. This is THE roadmap laid out for the world to see.  (be warned, Craig Wright’s delivery is direct. Listen to the message and set aside your thoughts on the delivery):

What’s the risk? Well, the hard fork could fail. Craig Wright could be full of shit. The hype may be just hype. Shooting straight, there will probably be a mix of all of the above. And it won’t matter.

While BCH has done all of the above BTC has bet the farm on Lightning Network to scale Bitcoin. Being as objective as possible all I can say is LOL. Lightning Network has so many risks it’s more of a new set of difficult problems rather than a scaling solution. The Bitcoin Civil War is not worth rehashing here but all I’ll say is the coin that is poised to capitalize on BTC’s failure to scale is BCH.

I think we’re on the verge of grand larceny for BCH holders. We are going to rob alt coin holders then kick them down an open manhole. I find no other alternative acceptable than to be 100% at risk. All chips on the table, poised for greatness or heartache.

With the exception of a 10% holding of EOS I am all in on BCH. I sold my Monero in the past 48 hours (I have a bull market target on XMR of $600 yet it did not live up to my personal risk/reward ratio).