The Rural Folk and the South Will Rise to Wal-Mart’s Rescue, Once Again 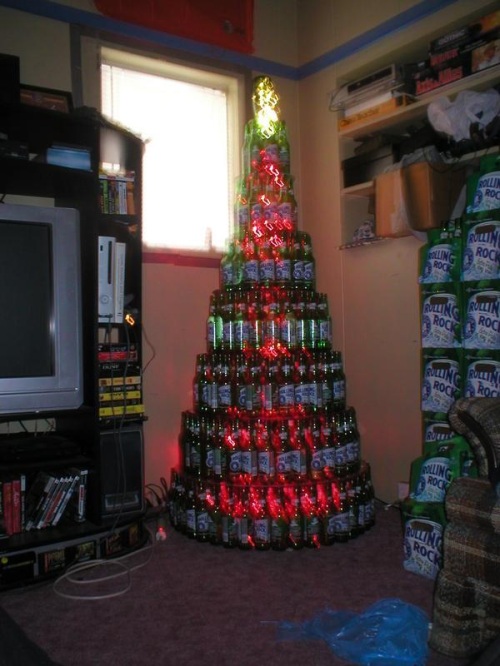 While I am being a bit facetious with my title, the serious issue presented here is whether a “screaming buy” is found in Wal-Mart’s current stock price. If you look at Wal-Mart over the past decade or so, you can see that the stock has gone literally nowhere. Value players like Karen Finerman have had their patience tested with the non-performance of the stock to the point where we do not hear much from them about WMT anymore. Old Man Buffett still owns Wal-Mart, but even he does not discuss the global retail mega-store famous for low prices. We also know that there is considerable competition with Wal-Mart’s prices from other online retailers nowadays.

As will always be the case with fundamental arguments, you are going to have to ask yourself at what point the market has baked it into the cake. The aggravating factors against owning Wal-Mart have highly likely contributed to the fact that the stock has been the epitome of dead money since 2000. With the monthly Bollinger Bands pressed tightly together, along with most of those monthly moving averages converging to a point, Sam Walton’s pride and joy is ready for a big move. Of course, we all want to know in which direction that big move will be. To be sure, the tight price action tends to favor the bulls, as opposed to loose and sloppy patterns and heavy selling volume which favor a bearish outcome.

If you believe that Wal-Mart will be a continued American icon and thriving global business as the 21st century progresses, then we are probably near or at an excellent long-term buy point. 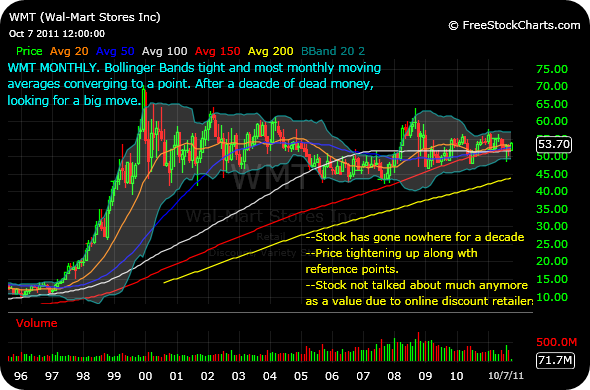