Redditor NAILS The Spectacular Implosion Of The Left 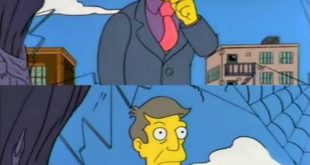 I’ve been out most of the day handling last minute pre-Christmas to-do’s, however a friend sent me a link to this post made by redditor “rationalcomment” on why the left has committed suicide – full helium bag. The post has almost 2000 upvotes and SIX “gold” (meaning, six people liked it enough to spend $5 and “gild” the post).  Since the comment was made in the “advice animals” subreddit – outside of a free thought zone (the_donald), there’s a good chance these words won’t live to see the end of the day – so I have immortalized them in these most hallowed halls of iBC.