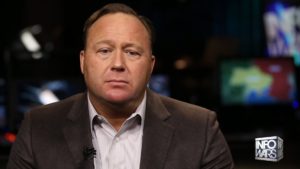 YouTube has issued a strike to the primary InfoWars channel over a video suggesting that the survivors of the Valentines Day Parkland school shooting were coached prior to interviews with various media outlets. The video revolves around a clip of shooting survivor David Hogg, who appears unable to remember his “lines” while giving a media interview. The clip immediately went viral, before YouTube began removing it from its platform.

The video published to the Alex Jones Channel, which has over 2.2 million subscribers, was removed for a violation of YouTube’s “harassment and bullying” policy – leaving InfoWars with two more chances before it’s banned.

YouTube’s community guidelines say that if an account receives two strikes in a three-month period, it will not be able to upload content for two weeks. If three strikes are given within three months, the account will be terminated.

David Hogg can't remember his lines here.
This needs to be investigated
His dad worked for the FBI
pic.twitter.com/JEhDc2puoQ

Adding to the “crisis actor” speculation is another clip which surfaced shortly after the shooting, featuring an altercation between Hogg and a Redondo Beach, CA lifeguard. In it, Hogg places his boogie board on a trash can before he and the lifeguard get in an argument.

After the lifeguard altercation jumped to the #1 on YouTube’s “trending,” Google removed it under their harassment and bullying policy – apologizing for helping to fuel the “crisis actor” theory. The clip is still being scrubbed, so the embedded video above may not work.

“Last summer we updated the application of our harassment policy to include hoax videos that target the victims of these tragedies,” said a YouTube spokesperson. “Any video flagged to us that violates this policy is reviewed and then removed.”

In a series of interviews and statements, Hogg has vehemently denied that he is a crisis actor – claiming “I am not a Clinton ploy or an actor,” adding “I am a witness to this. 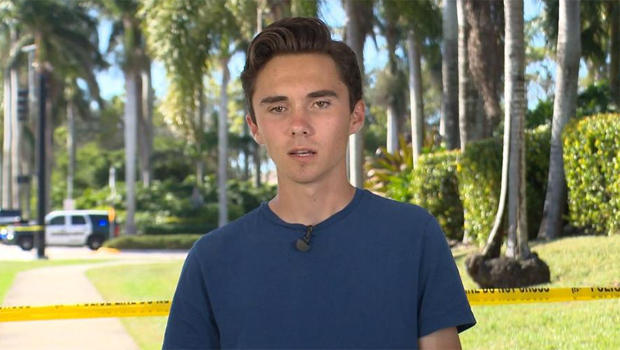 Hogg appeared on CNN’s AC360 alongside his father – a former FBI agent, to proclaim his innocence.

“I’m not a crisis actor,” Hogg told CNN’s Anderson Cooper on “AC360” Tuesday. “I’m someone who had to witness this and live through this and I continue to be having to do that.”

Further fueling the crisis actor theories is another clip actively being scrubbed from YouTube of another Parkland shooting survivor, Senior Alexa Miednik, who says she spoke with suspected gunman Nikolas Cruz during the shooting. Miednik believed that a second shooter was involved in the attack, stating “There was obviously, definitely another shooter involved.” When KHOU11 reporter Matt Musil then asks Miednik “Oh, you think he was not the only one?“, Miednik replies “Definitely not.”

#KHOU11 After shifting over from #ASTROS Camp to coverage of school shooting in Parkland, Forida, I talked with Alexa Miednik , a Senior at Douglas HS. She never saw a gun but she says she knows the alleged shooter… pic.twitter.com/qzaOUbFMPu

While the most logical solution is that Hogg is nothing more than an enthusiastic young liberal who also happens to legitimately be an aspiring actor, videos of Hogg flubbing his lines and Miednik’s “second shooter” comments are sure to fuel speculation for quite some time.