Insurance giant American International Group (AIG) posted a $6.7 billion fourth-quarter loss on Thursday after booking a giant charge connected to U.S. tax reform, as well as losses from global catastrophes such as the California wildfires.

“Excluding one-time items, adjusted fourth-quarter earnings were $526 million, or 57 cents per share, compared with an adjusted loss of $2.8 billion, or $2.72 per share, in the same period a year earlier.

Analysts were expecting earnings of 75 cents per share, on average, according to Thomson Reuters I/B/E/S.

AIG booked $762 million of catastrophe losses during the quarter, largely from wildfires that raged through California and caused significant damage to homes and businesses.

The quarter also reflected a “modest” reserve boost to cover future claims, driven by losses in its international commercial businesses.”

The insurer’s life and retirement business was affected by a major recalculation in the way AIG determines losses – booking a $90 million charge due for what the company called “modernization” of actuarial systems and models. Due to this, the retirement and life insurance segments declined 10% to $782 million vs. $866 million one year ago. 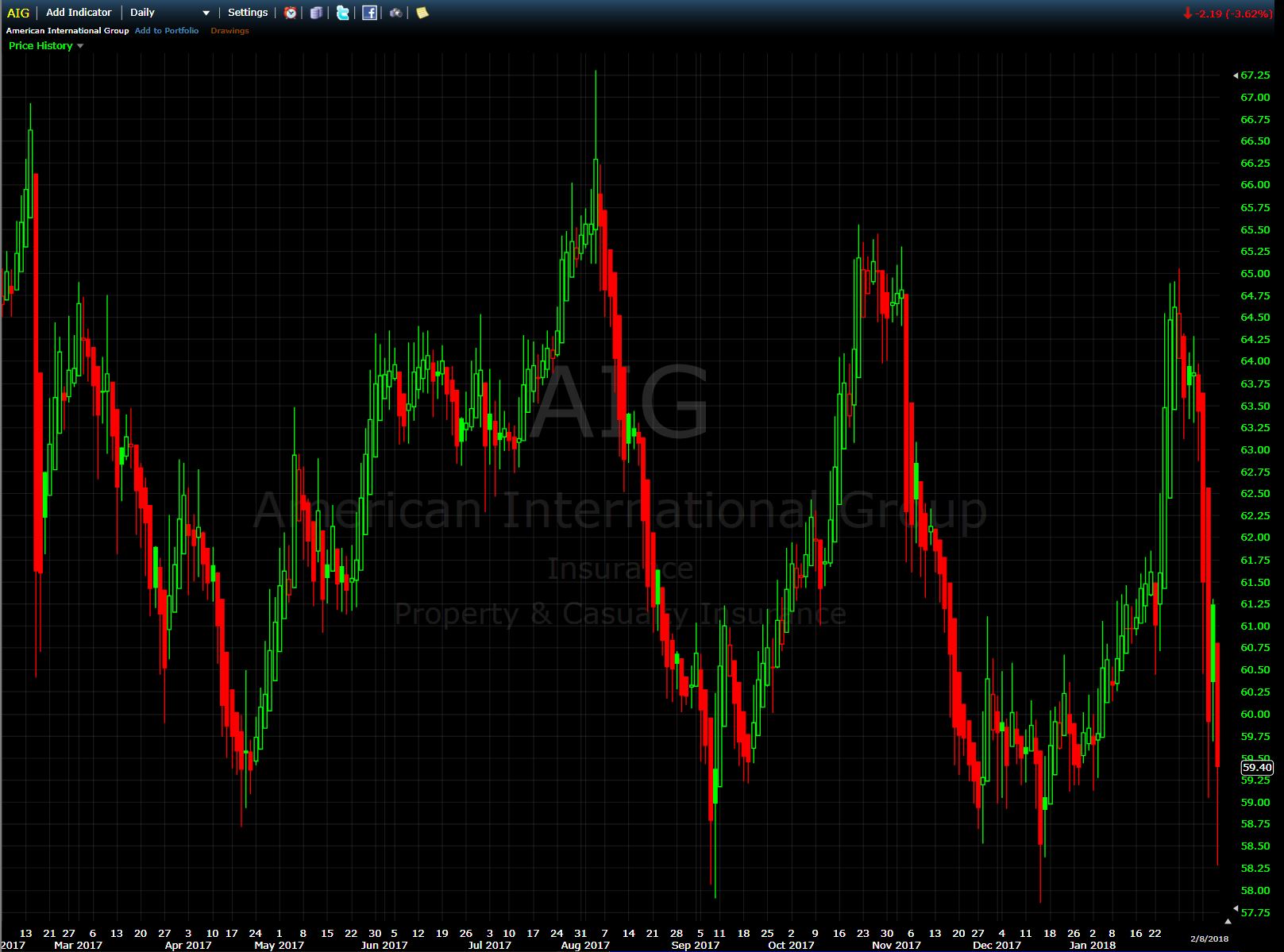 “U.S. tax reform has caused many financial services companies to book big one-time losses for earnings held overseas and also for an accounting oddity related to losses booked during the 2007-2009 financial crisis, even though lower corporate tax rates will help them in the long run.

Under Chief Executive Officer Brian Duperreault, who has been in the role for less than a year, AIG has been looking to acquire businesses and restructure itself to boost results, with a particular focus on technology.” –Reuters

AIG was mostly flat after hours.

If you enjoy the content at iBankCoin, please follow us on Twitter
2018-02-08
zeropointnow
Share
Previous Dow Coughs Up Lung, Closes Down 1000+ Points As We Enter Technical Correction
Next Whiplash: Dow Travels Over 22,000 Points In Five Days Of Insane Trading