CNN Extols The Virtues Of Being An Actual Cuck, Gets Mocked Into Oblivion 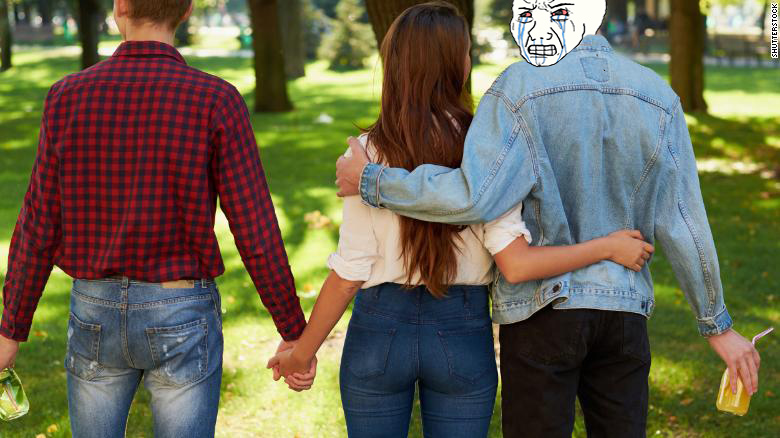 Written by American sex therapist and author Ian Kerner, the article starts off noting that despite “so-called alt-right” meanies using the phrase to make fun of emasculated (typically Democrat) males, being a cuck can be fun!

In our current political climate, the term “cuck” — short for “cuckservative” — has become an insult of the so-called alt-right, aimed at men they view as spineless and emasculated. The slur has its roots in the concept of cuckolding, or having an adulterous partner.

But, according to a recent study by David Ley, Justin Lehmiller and the writer Dan Savage, acting on cuckolding fantasies can be a largely positive experience for many couples, and hardly a sign of weakness.

Citing a study which focuses on “cuckolding fantasies and experiences in 580 gay men,” CNN says “Their findings suggest that there are similarities between the way gay and straight men view cuckolding.” only to note the exact opposite. While heterosexual men are often turned on due to cuckolding being a taboo act, gays are into cucking for a whole bunch of reasons not necessarily having to do with taboo because “monogamy isn’t so strong in the LGBT community.”  Therefore, to gays cucking is “a sexual desire that can be easily customized to meet a wide range of sexual needs and desires, whether it’s taboo sex, novelty, voyeurism or something else.”

In other words, motivation behind becoming a cuck is completely different between gay and straight men – 100% opposite of what CNN said.

For CNN’s brilliant parody of itself, Twitter users responded accordingly:

Received an urgent text from a radio booker asking if I was available to discuss the "cuckolding advocacy story" on https://t.co/LKSyoqR9jG. My reply: "I literally have no idea what that is." And upon looking it up… pic.twitter.com/lf9b8SpcaH

CNN: Hey guys, it's totally ok and healthy to be a "cuck" and they spell it out.
This is a real article.
I'm losing my mind…https://t.co/rLqoGJel7o pic.twitter.com/iUB7On53Oy

This is peak @CNN. Parody is dead. CNN is now endorsing the positive effects of being a "Cuck" which means watching someone have sex with your wife or husband. Is this rock bottom yet for them? https://t.co/KENjvHoEVi

CNN: "Acting out adulterous fantasies [actually letting your wife have sex with other men while you watch] may strengthen a relationship, as counteractive as it may sound." CNN is literally saying that being 'cuck' is a good thing. ? pic.twitter.com/kn9RiB9dM4