The liberal media elite has painted itself into a corner of lies, setting the GOP up for a massive victory in 2018, says Newt Gingrich. 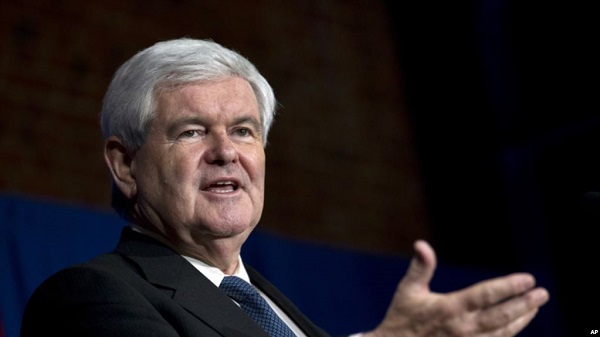 In a Fox News op-ed, the former Speaker of the House slams the MSM for flat-out lying to the American public in their attempt to denigrate the Trump administration. Unfortunately for them, Gingrich says, it will be their undoing come midterms.

“As I listened to the end of the year “analysts,” I was struck by how little they know, how little they have questioned their own mistakes, and how mutually reinforcing their false information has been,” wrote Gingrich, adding “These are not analysts. These are liberal propagandists. Much of what they assert is just plain wrong. Fake news is, sadly, an accurate term. And the topic about which they have been the most fake is the GOP’s Tax Cuts and Jobs Act.”

The tax cuts will be the 2018 proving ground of media liberal bias and dishonesty. –Newt Gingrich

In their quest to slam Trump, says Gingrich, the media first lied about the tax bill, convincing Americans that their taxes would go up. Next, they took surveys of people who opposed the GOP bill based on false information.

After that, liberal talking heads slammed the GOP tax plan over and over ad nauseum – talking about how unpopular it was based on their tainted polls, and concluding that it was going to weaken Republican candidates in 2018.

As an example of how bad midterms are going to go for the left, Gingrich pointed to a massive propaganda fail by CBS news in which they interviewed three families to ask how they thought the GOP tax bill would affect them. Then they had a CPA tell them, on camera, what they would actually be paying in taxes next year.

And what do you know – while the liberal hosts and all three families clearly expected to pay more in taxes or not save any money, it turned out that they would all pay less under the GOP tax cuts than under current law.

A North Carolina single mother with an income slightly under $40,000 who didn’t think she would be affected will keep about $1,300 more per year under the GOP bill.

Two college teachers in Rhode Island with a joint income of over $150,000 a year thought they would pay more taxes, but they will actually pay about $650 less under the GOP tax cut.

The biggest surprise in the CBS report was the impact the tax cuts would have on a California couple with three children, a small business, and earning an income of approximately $300,000. The family believed that because California is a high-tax state, that capping state and local tax deductions would really hurt them. Instead, the Tax Cuts and Jobs Act will save them nearly $13,000 in taxes.

The CBS analyst was forced to admit that “every one of the families will have more money in their pocket next year.”

Gingrich says that the “gap between the news media falsehoods and the dramatically better reality of the GOP tax cuts will have three huge effects on the 2018 campaign:

1. The American people will be positively surprised and pleased by the degree to which Republicans kept their word and actually put more money in taxpayer pockets.

2. The news media’s dishonesty will be vivid at a personal level. People will be able to compare their personal experience with the news media’s fake reporting and endless bias. As the truth sinks in, the ability of the liberal media to shape opinion will decline even further.

3. Democrats who voted against the bill will live to regret it as people look at their family budgets and realize Democrats in the House and Senate wanted Washington bureaucrats to have more money, rather than hard-working Americans. This will certainly be a losing proposition for the 10 Senate Democrats up for re-election in states President Trump won in 2016.

In closing, Gingrich states “If Republicans can learn to tell the truth better than the elite media and Democrats lie, the GOP will win an astonishing victory in 2018.”