UK ‘Loses’ Thousands Of Historical Documents Detailing Spy Games And Malfeasance, Then Lied About It 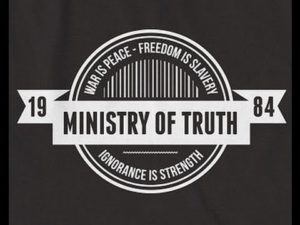 Thousands of government documents detailing some of the UK’s most controversial moments in the 20th century have disappeared, after civil servants removed the files from Britain’s National Archives – then lied about it, reporting them as lost.

The documents cover everything from British colonial rule over Palestine, the long-running territorial dispute with Argentina over the Falkland islands, tests on polio vaccines and the case of the infamous Zinoviev letter – in which MI6 officers leaked a forged letter purporting to be a directive from Moscow’s head of the Communist International group to the Communist Party of Great Britain in an attempt to damage the UK’s first Labour party.

An entire file on the Zinoviev letter scandal is said to have been lost after Home Office civil servants took it away. The Home Office declined to say why it was taken or when or how it was lost. Nor would its say whether any copies had been made. –The Guardian

In other cases, files were carefully picked through – with select files removed and taken away.

This isn’t the first time Britain has removed documents from the public sphere. In 2015, Foreign Office officials removed documents in relation to the 1978 murder of Bulgarian journalist Georgi Markov, who died after being shot in the leg with a ricin pellet while crossing Waterloo Bridge in central London. Officials with the Foreign Office said the Markov documents were nowhere to be found, however upon an investigation by The Guardian, they were miraculously found and mostly returned to the archives.

Other files the National Archives has listed as “misplaced while on loan to government department” include one concerning the activities of the Communist party of Great Britain at the height of the cold war; another detailing the way in which the British government took possession of Russian government funds held in British banks after the 1917 revolution; an assessment for government ministers on the security situation in Northern Ireland in the early 1970s; and three files about defence agreements between the UK and newly independent Malaya in the late 1950s, shortly before the two countries went to war with Indonesia, according to The Guardian. 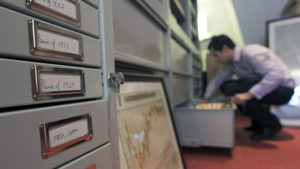 Apparently, UK government agencies snagging declassified documents out of Britain’s public archives is not a new trend. A Freedom of Information Act (FOIA) request revealed that 9,308 files were taken out of the public eye in 2011, with over 14,000 removed in the following two years. The National Archives says that they strongly encourage the prompt return of the documents – however there is no obligation for government agencies to do so.

“The National Archives regularly sends lists to government departments of files that they have out on loan,” a spokesperson said. “If we are notified that a file is missing, we do ask what actions have been done and what action is being taken to find the file.”

Many historians have been highly distrustful of Britain’s Foreign Office since 2013, when The Guardian revealed that the department had been unlawfully hoarding 1.2m historical files at a high-security compound in Buckinghamshire. The discovery came to light during legal proceedings involving British colonialism in the 1950’s, in which the Foreign Office admitted it had withheld thousands of colonial-era files.

Several years before that, the Ministry of Defense refused to release several files related to such matters as arms sales to Saudi Arabia, UK special forces operations against Indonesia and interrogation techniques – because they said they may have been exposed to asbestos.