Salma Hayek Says Harvey Weinstein Threatened Her Life: “I Will Kill You, Don’t Think I Can’t” 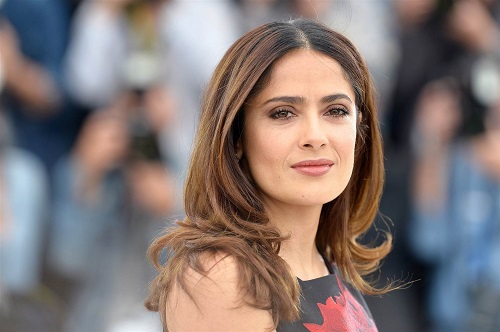 Actress Salma Hayek has penned a chilling essay in the New York Times claiming Harvey Weinstein threatened to kill her in a terrifying “attack of fury.”

I don’t think he hated anything more than the word “no.” The absurdity of his demands went from getting a furious call in the middle of the night asking me to fire my agent for a fight he was having with him about a different movie with a different client to physically dragging me out of the opening gala of the Venice Film Festival, which was in honor of “Frida,” so I could hang out at his private party with him and some women I thought were models but I was told later were high-priced prostitutes.

The range of his persuasion tactics went from sweet-talking me to that one time when, in an attack of fury, he said the terrifying words, “I will kill you, don’t think I can’t.”

Hayek, 51, details the repeated advances she says Weinstein made while working with him on the film Frida, in which she played Mexican artist Frida Kahlo:

No to opening the door to him at all hours of the night, hotel after hotel, location after location, where he would show up unexpectedly, including one location where I was doing a movie he wasn’t even involved with.

No to me taking a shower with him.

No to letting him watch me take a shower.

No to letting him give me a massage.

No to letting a naked friend of his give me a massage.

No to letting him give me oral sex.

No to my getting naked with another woman.

Weinstein allegedly threatened to shut down the filming of Frida unless Hayek filmed a nude sex scene with another actress.

“I had to take a tranquilizer, which eventually stopped the crying but made the vomiting worse,” she wrote of her emotional turmoil at filming a scene she thought unnecessary, adding “As you can imagine, this was not sexy, but it was the only way I could get through the scene.”

Mr. Weinstein’s spokeswoman, Holly Baird, has disputed Hayek’s account, saying in a statement: “Mr. Weinstein does not recall pressuring Salma to do a gratuitous sex scene with a female costar and he was not there for the filming.”

Hayek joins a list of 84 women who have accused Weinstein of sexual harassment or assault, including Rose McGowen, Ashley Judd, Gwyneth Paltrow and Daryl Hannah. Weinstein has denied any criminal behavior, suggesting in a statement through an attorney “it is wrong and irresponsible to conflate claims of impolitic behavior or consensual sexual contact later regretted, with an untrue claim of criminal conduct.”

If you enjoy the content at iBankCoin, please follow us on Twitter
2017-12-14
zeropointnow
Share
Previous Initial Coin Offerings (ICOs) Have Taken In More Than $4 Billion In 2017
Next Grassley Fires Off Scorching Letter To DOJ After Anti-Trump Texts Reveal Burner Phone, “Insurance Policy”