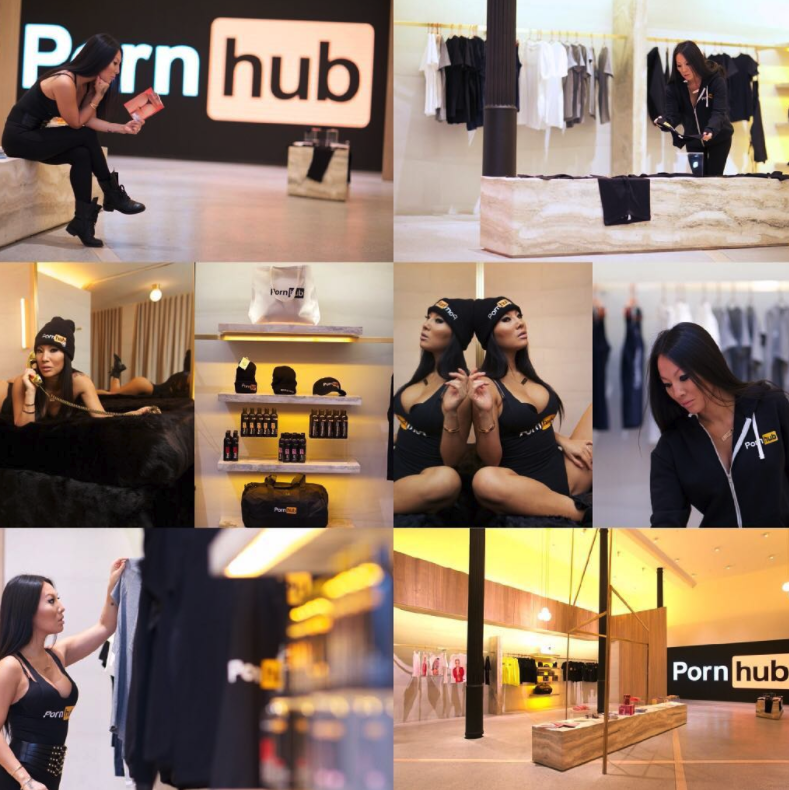 As an online brand, we’ve been limited to interacting with our fans on the site and through social media. As we continue to increase brand awareness, and expand into new verticals, like retail, we are looking for new ways to interact with our fans.

We thought it would be great to open up a store where fans can come check out the recent streetwear pieces we’ve collaborated on and some of our product lines. And what’s a better time to open up a new store than Black Friday? Now people can get gifts for friends, family and loved for the holidays!

“I’m not so happy,” Richard said. But she also said the popup storefront appeared to be a far cry from the shady days of Times Square.

“I don’t think it’s going to be people turning tricks in there. This is like extremely clean and corporate-looking,” she said. “Times Square was completely funky.”

“You can buy sex toys around the corner,” he said. “I think they’ve done it up very classy.” –Andy Romer

Hopefully the store can stimulate PornHub’s bottom line, as their website’s popularity appears to be going limp at an alarming rate: