Thank you for your support & best wishes. My left leg was doing extra work to compensate for the boot, so I'm giving it a break. I still hate wearing this boot, but it won't slow us down from frying 7 turkeys today!

81 year old John McCain (R-AZ) has had a string of heath issues. In mid-july, the Arizona Senator underwent brain surgery for aggressive cancer – returning to Washington D.C. five days later to cast his vote against the healthcare bill.

Then, at the beginning of November McCain was treated for a tear to his achilles tendon at Walter Reed medical center – emerging on November 6th in a walking boot on his RIGHT leg:

I can't tell you how much I hate wearing this boot! https://t.co/W6zClDRpFb pic.twitter.com/x3mDC4n11H

Maybe the honorable Senator from AZ is feeling so great two weeks after tearing his tendon that he forgot which side the injury was on?

Looks like @SenJohnMcCain forgot which Achilles tendon tore two weeks after he walked out in a boot on Nov 6th. pic.twitter.com/z5si5J40Bq

To verify that the images weren’t reversed, one can observe the buttons on McCain’s blazer on McCain’s right side in both pictures.

Next – in the November 6th picture, McCain can be seen standing next to the Richard B Russell memorial statue in its proper orientation: 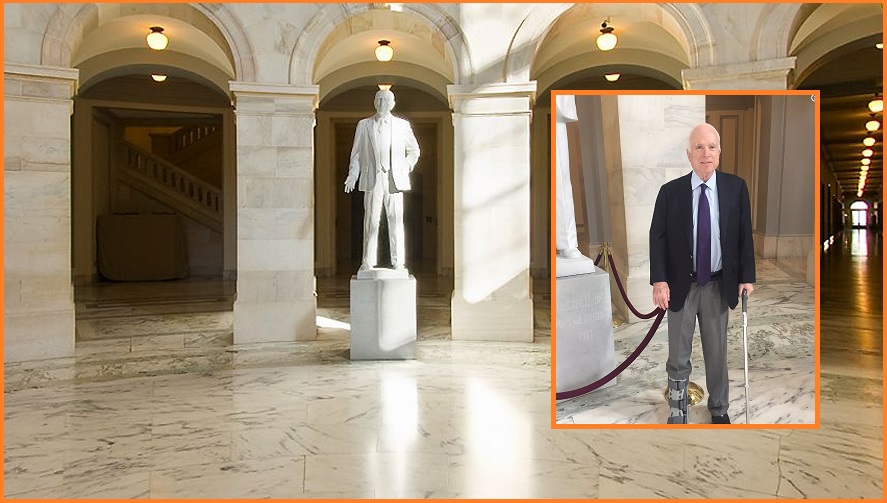 Also – reversing the image from today puts Cindy McCain’s ring on the wrong hand. John McCain meanwhile is never pictured without his wedding ring (not visible in picture clutching cane). 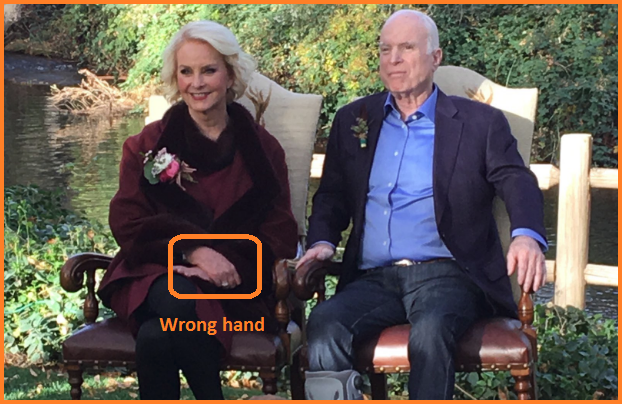 Here he is a eight days ago with his ring on: 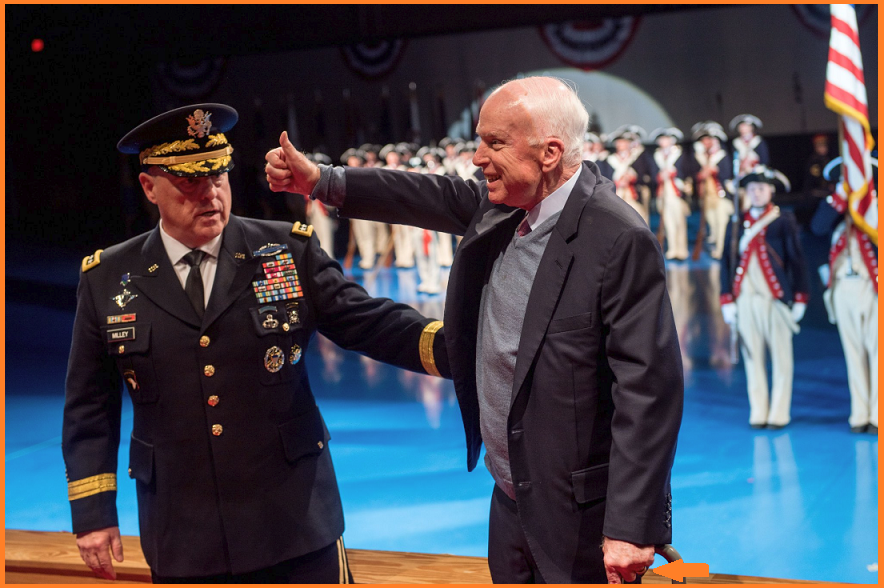 Update: McCain was wearing the boot on his right on Nov. 14th (h/t @mark_woodard)

Deeply honored to be with @ArmyChiefStaff & @USArmy for tonight's "Salute from the Chief" Twighlight Tattoo. Watch live at 6:30pm ET: https://t.co/whxI7v45o5 pic.twitter.com/2WcsrRSg4i

Now maybe McCain’s tendon healed in two weeks and he simply forgot which leg it was during a senior moment. If that’s the case – is he fit to hold his Senate seat? Was he fit to cast the deciding vote which killed the healthcare repeal? Then there was his strange rambling line of questioning during the Comey hearing.