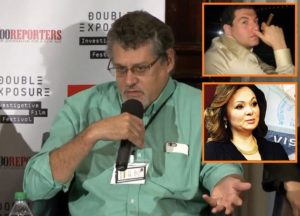 Unsealed court documents reveal that the firm behind the salacious 34-page Trump-Russia Dossier, Fusion GPS, was paid $523,000 by a Russian businessman convicted of tax fraud and money laundering, whose lawyer, Natalia Veselnitskaya, was a key figure in the infamous June 2016 meeting at Trump Tower arranged by Fusion GPS associate Rob Goldstone.

Founded in 2011 by former Wall St. Journal journalist Glenn Simpson and two other WSJ alumni, Fusion was responsible for the Clinton/DNC – funded dossier (which two Kremlin officials participated in), and was also involved in the infamous Trump Tower meeting with the Russian attorney of another Fusion client – an encounter some suspect may have been used to obtain a FISA wiretapping warrant on the Trump campaign.

He worked closely with Natalia Veselnitskaya, the Russian lawyer who also showed up at the infamous Trump Tower meeting held on June 9, 2016.

Simpson’s research ended up in the Trump Tower meeting in the form of a four-page memo carried by Veselnitskaya. She also shared Simpson’s work with Yuri Chaika, the prosecutor general of Russia.

Simpson told the House Intelligence Committee earlier this week that he did not know that Veselnitskaya provided the Browder information to Chaika or to Donald Trump Jr., the Trump campaign’s point-man in the Trump Tower meeting. –Daily Caller

Of note, the 34-page dossier created by Fusion was reportedly used to obtain a FISA surveillance warrant on one-time adviser to the Trump campaign, Carter Page.

Quite a bit more notable is the fact that Glenn Simpson met with Natalia Veselnitskaya hours before the Trump Tower meeting, and also met with Hillary Clinton’s campaign chairman John Podesta the day after the 34-page dossier was published by BuzzFeed. Glenn gets around.

Veselnitskaya, through Baker Hostetler, hired Glenn Simpson of the firm Fusion GPS to conduct a smear campaign against me and Sergei Magnitsky in advance of congressional hearings on the Global Magnitsky Act. –Bill Browder, Testimony to Senate Judiciary Committee, 7/26/17 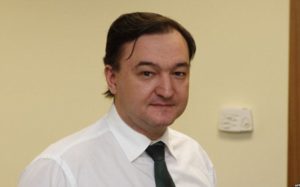 Magnitsky uncovered a high level embezzlement and money laundering scheme, sanctioned by Russian Officials, in which large sums of money were stolen from the Russian government and invested in New York real estate. Some of the missing funds were traced to Katsyv‘s firm, Prevezon Holdings Ltd., which settled with the Justice Department in 2017 – paying $5.9 million in fines.

Magnitsky was arrested and thrown in prison for just under a year, where he died seven days before he was to be released. He developed gall stones, pancreatitis, and a blocked gall bladder for which he received little to no medical care, and was found to have been physically assaulted shortly before he died.

In response to Magnitsky’s horrific death and because Russian money laundering occurred on US soil, Congress and President Obama enacted the Magnitsky act in 2012 – imposing sanctions on Russia and barring Russian officials believed to be involved in Magnitsky’s death from entering the United States. Russia retaliated by halting an adoption program for US foster parents.

What’s strange is that Katsyv’s attorney, Natalia Veselnitskaya – a John McCain fan, was initially denied entry into the United States, only to be granted entry under “extraordinary circumstances” by Obama’s Homeland Security Department and approved by former AG Loretta Lynch so she could represent Fusion GPS client Denis Katsyv’s company, Prevezon Holdings – and attend the meeting at Trump Tower with Donald Trump Jr. – arranged by Fusion GPS associate Rob Goldstone.

For their efforts, Fusion GPS was paid over $1.5 million dollars between Hillary Clinton, the DNC, and the holding company owned by pro-Kremlin businessman Denis Katsyv.

Looking at other Russian affiliations on the left – since that’s the entire impetus of the witch hunt against President Trump:

Unfortunately, Attorney General Jeff Sessions feels there isn’t ‘enough basis‘ to investigate any or all of the above.

If you enjoy the content at iBankCoin, please follow us on Twitter
2017-11-22
zeropointnow
Share
Previous Trump Supports Moore: “We Don’t Need A Liberal Democrat In That Seat”
Next This $76,000 Thanksgiving dinner is the most expensive in America—here’s what you get