A secretive hypersonic wind tunnel, nicknamed ‘Hyper Dragon’, is helping the experts ‘reveal many facts that Americans have not found out’, one Chinese researcher said in a propaganda documentary…

South China Morning Post’s Stephen Chen reports that China is building the world’s fastest wind tunnel to simulate hypersonic flight at speeds of up to 12 kilometres per second.

A hypersonic vehicle flying at this speed from China could reach the west coast of the United States in less than 14 minutes.

Zhao Wei, a senior scientist working on the project, said researchers aimed to have the facility up and running by around 2020 to meet the pressing demand of China’s hypersonic weapon development programme.

“It will boost the engineering application of hypersonic technology, mostly in military sectors, by duplicating the environment of extreme hypersonic flights, so problems can be discovered and solved on the ground,” said Zhao, a deputy director of the State Key Laboratory of High Temperature Gas Dynamics at the Chinese Academy of Sciences in Beijing.

The ground tests will significantly reduce the risk of failure when test flights of hypersonic aircraft start.

The world’s most powerful wind tunnel at present is America’s LENX-X facility in Buffalo, New York state, which operates at speeds of up to 10 kilometres per second – 30 times the speed of sound.

Hypersonic aircraft are defined as vehicles that travel at speeds of Mach 5, five times the speed of sound, or above.

The US military tested HTV-2, a Mach 20 unmanned aircraft in 2011 but the hypersonic flight lasted only a few minutes before the vehicle crashed into the Pacific Ocean.

In March, China conducted seven successful test flights of its hypersonic glider WU-14, also known as the DF-ZF, at speeds of between Mach 5 and Mach 10.

Other countries including Russia, India and Australia have also tested some early prototypes of the aircraft, which could be used to deliver missiles including nuclear weapons.

“China and the US have started a hypersonic race,” said Wu Dafang, professor at the school of aeronautic science and engineering at Beihang University in Beijing who received a national technology award for the invention of a new heat shield used on hypersonic vehicles in 2013. 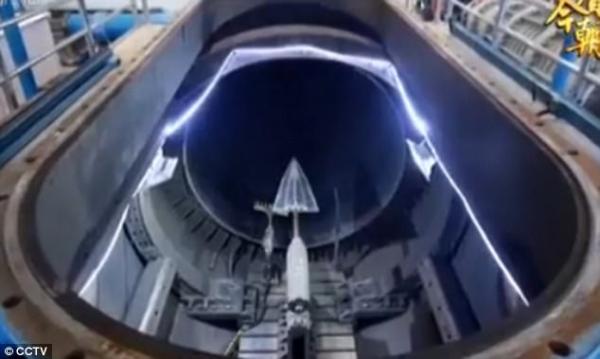 Wu has worked on the development of hypersonic cruise missiles, a near space vehicle, high-speed drones and other possible weapons for the People’s Liberation Army.

He said there were a number of hypersonic wind tunnels in mainland China which had helped ensure the high success rate of its hypersonic weapon tests.

The new wind tunnel will be “one of the most powerful and advanced ground test facilities for hypersonic vehicles in the world”, said Wu, who was not involved in the project.

“This is definitely good news for us. I look forward to its completion,” he added.

In the new tunnel there will be a test chamber with room for relatively large aircraft models with a wing span of almost three metres.

To generate an airflow at extremely high speeds, the researchers will detonate several tubes containing a mixture of oxygen, hydrogen and nitrogen gases to create a series of explosions that can discharge one gigawatt of power within a split second, according to Zhao.

This is more than half of the total power generation capacity of the Daya Bay nuclear power plant in Guangdong.

The shock waves, channelled into the test chamber through a metallic tunnel, will envelope the prototype vehicle and increase the temperature over its body to 8,000 Kelvins, or 7,727 degrees Celsius, Zhao said.

That is nearly 50 per cent hotter than the surface of the Sun.

The hypersonic vehicle therefore must be covered by special materials with extremely efficient cooling systems inside the airframe to dissipate the heat, otherwise it could easily veer off the course or disintegrate during a long-distance flight.

The new tunnel would also be used to test the scramjet, a new type of jet engine designed specifically for hypersonic flights. Traditional jet engines are not capable of handling air flows at such speeds. 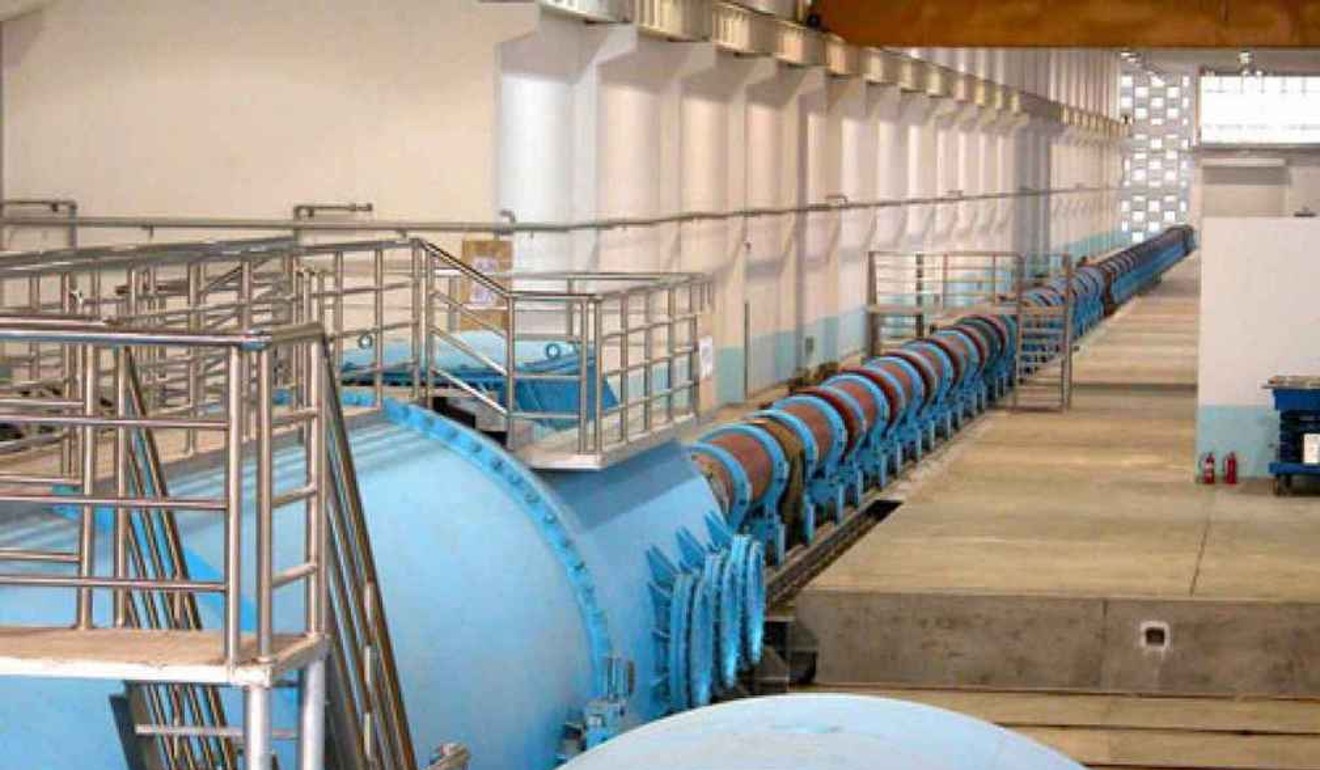 Zhao said the construction of the new facility would be led by the same team that built JF12, a hypervelocity denotation-driven shock tunnel in Beijing capable of duplicating flight conditions at speeds ranging from Mach 5 to Mach 9 at altitudes between 20 and 50 kilometres.

Jiang’s JF12 design “uses no moving parts and generates a longer test-duration and a higher energy flow than more traditionally designed tunnels”, according to the American institute.

According to state media reports, the JF12 tunnel has been operating at full capacity with a new test every two days since its completion in 2012 as the pace of hypersonic weapon development increased significantly in recent years.

In an article published in the domestic journal National Science Review last month, Jiang said the impact of hypersonic flights on society could be “revolutionary”.

“With practical hypersonic aeroplanes, a two-hour flight to anywhere in the world will be possible” while the cost of space travel could be cut by 99 per cent with reusable spacecraft technology, Jiang wrote.

“Hypersonic flight is, and in the foreseeable future will be, the driver of national security, and civilian transportation and space access,” he added.

The escape velocity, or the minimum speed needed to leave the Earth, is 11 kilometres per second.

If you enjoy the content at iBankCoin, please follow us on Twitter
2017-11-18
zeropointnow
Share
Previous FBI Informant Has Video Of Russian Agents With Briefcases Of Bribe Money In Clinton-Uranium Scandal
Next SAD! NFL Stadiums Virtually Empty During Week 11 Of Kneeling Backlash