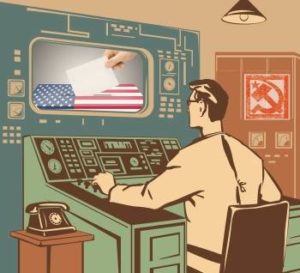 Buzzfeed – the original source of the 34 page “pissgate” dossier – has reported that the FBI is looking into over 60 financial transfers sent by the Russian foreign ministry to embassies across the globe totaling around $380,000, between Aug 3 and Sept 20, 2016 – with the memo section reading: “to finance election campaign of 2016”

“After discovering the $30,000 transfer to the embassy in Washington, Citibank launched a review of other transfers by the Russian foreign ministry. It unearthed dozens of other transactions with similar memo lines. Compliance officers in Citibank’s Global Intelligence Unit flagged them as suspicious, noting that it was unable to determine the financial, business, or legal purpose of the transactions.” –Buzzfeed

Because when trying to secretly influence an election, be sure to write “to finance election campaign of 2016” in the memo section to avoid confusion.

The Moscow bank which initiated at least one of the transfers was “VTB Bank,” which has been under sanctions since 2014 following Russia’s annexation of Crimea.

While Buzzfeed doesn’t say which campaign the funds were meant to finance, or if the funds were even used for that purpose – a few things come to mind:

So why – given the litany of Hillary’s established ties to Russia and the promise that a Clinton II presidency held for Russia’s ability to simply buy foreign policy decisions – would they support Dyanald Trumpski?

If you enjoy the content at iBankCoin, please follow us on Twitter
2017-11-14
zeropointnow
Share
Previous Sessions Cucks Out – Walks Backs Report On Special Counsel For Clinton Foundation And Uranium One
Next ‘The Atlantic’ Commits Malpractice, Selectively Edits To Smear WikiLeaks