General Motors unveiled its newest iteration of the Corvette ZR1, calling it the fastest and most powerful car they’ve ever produced. Since 1970, only four iterations of the Corvette have been given the top of the line “ZR1” designation – offering a better engine, suspension, transmission and brakes than the standard ‘vette.

It’s massive 6.2 liter supercharged V8 generates 755 horsepower / 715 lb-ft of toruqe. That’s 300 hp and 255 lb-ft more than the base model Stingray, propelling the top-of-the-line ‘vette to a top speed of over 210 MPH. The eaton supercharger displaces 52% more air than its predecessor, which is tucked neatly under a carbon-fiber “halo” hood insert. 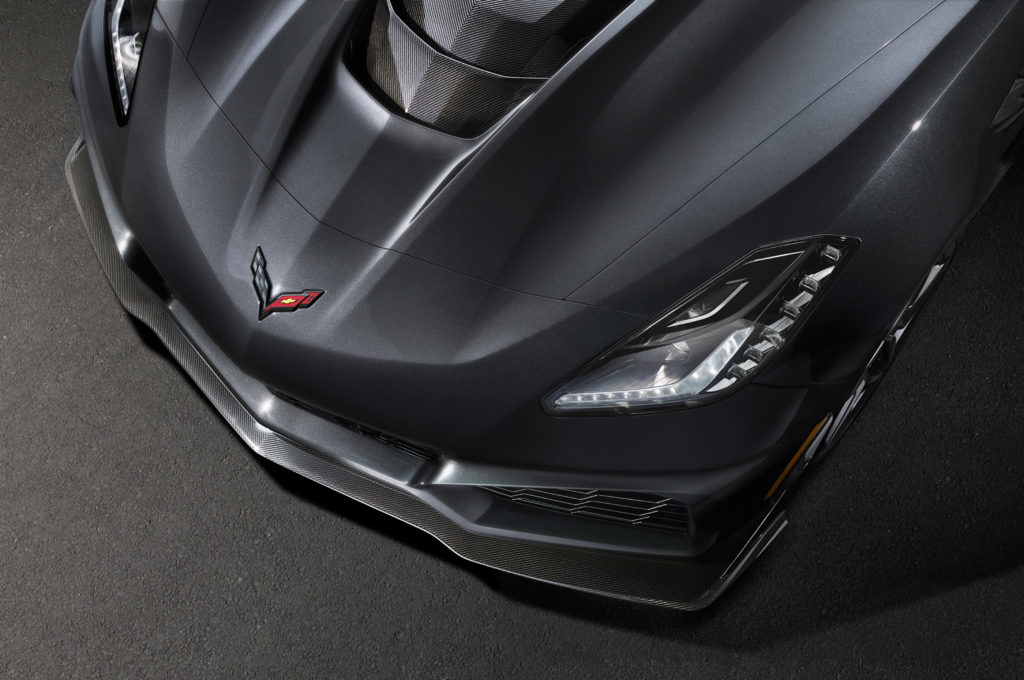 “I’ve never driven a Corvette like this before, and nobody else has either, because there’s never been one like this before,” said GM product chief Mark Reuss, adding “Its unprecedented performance puts all other global supercars on notice that the ZR1 is back.”

The exterior of the ZR1 is adorned in Carbon Fiber, and will be offered with a 7-speed manual or an optional 8-speed automatic transmission.

Performance specs aren’t out yet aside from the top speed, however it looks like the new beast may be in league with the $450,000 2016 Ford GT. 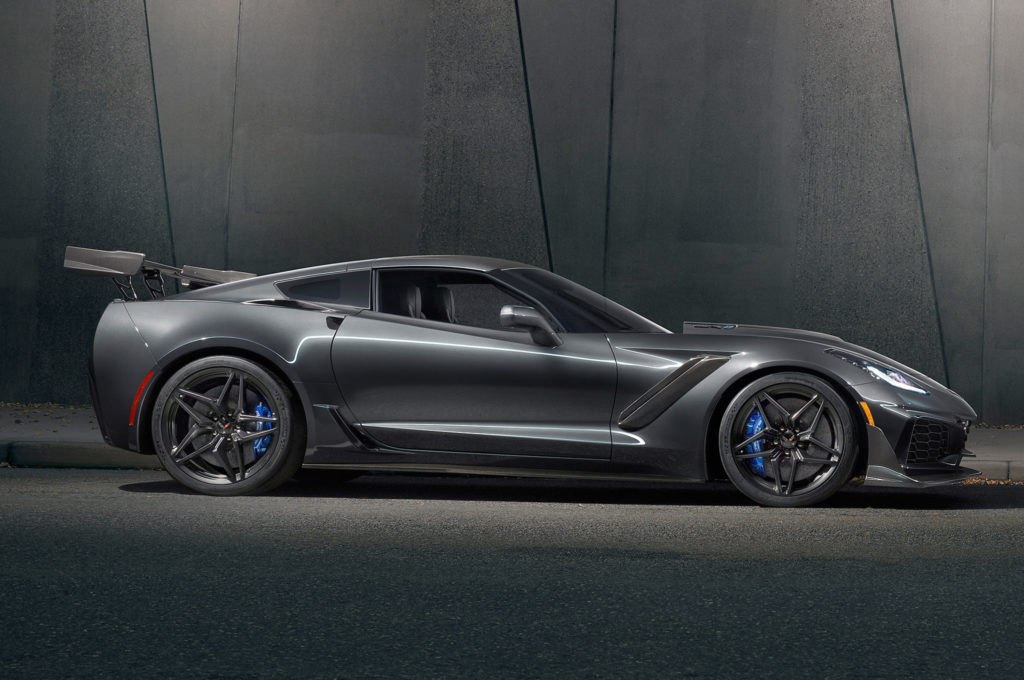 Helping to help keep the ZR1 on the ground is a giant optional aerodynamic package, which includes a giant adjustable rear wing and other attachments to generate downforce – planting the car on its 14-inch wide rear tires with up to 950 lbs of pressure. This is made possible by mounting the wing to the chassis instead of the hatchback – which means you’ll have to hike groceries over the massive spoiler to get them in the trunk.

Pricing hasn’t been announced, though eager buyers expect it to top the $112K price tag of the previous ZR1.

If you enjoy the content at iBankCoin, please follow us on Twitter
2017-11-13
zeropointnow
Share
Previous DOJ Evaluating Special Counsel To Look Into Clinton Foundation And Uranium One Deal
Next BBC: US Coalition In Syria Struck Deal With ISIS To Allow Safe Passage Out Of Raqqa