Newsweek is out with a chilling new report detailing how far-right extremists used “leaked NATO and British Intelligence documents” to “spread white supremacism across the world,” according to the UK’s Institute for Strategic Dialogue.

Stalking innocent voters over internet message boards such as 4chan, the think tank says “far-right groups, targeting anxieties over immigration, terrorism and race” used “memetic warfare albums such as ‘normie memes,’ and psychological operations resources” to influence the 2016 U.S. election as well as the 2017 German election.

“Ahead of the AfD success in the German federal election—in which it secured 26 percent of the vote and marked the first time that far-right party has won seats in the German parliament since the Second World War—U.S. ‘alt-right’ activists spreads tips on messaging board 4chan.” -Newsweek

Note that after the establishment has spent nearly 18 months trying to tie Donald Trump to the Kremlin, the word “Russia” isn’t mentioned once in the article… continuing a pivot away from Russian Influence which started in late September.

Also absent from the ISD’s analysis on the rise of “nationalism” is the possibility that people around the world simply see what’s happening in Sweden – the “rape capital of Europe,” and don’t want to turn their countries into 3rd world caliphates. 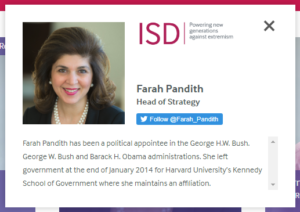 Perhaps relevant, not sure, but the ISD’s Head of Strategy, Farah Pandith, was a Bush and Obama appointee – and was the “Special Representative to Muslim Communities” for the latter administration – tasked with “emphasizing the President’s and the Secretary’s policy of creating new partnerships with Muslim communities around the world.” 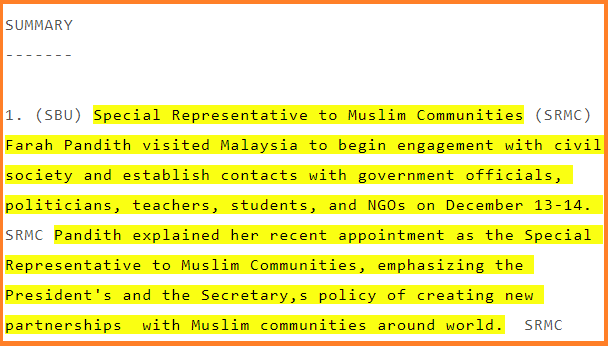 In other words, Newsweek is relying on a study by the obviously biased and very liberal ISD for a new, ham-handed pivot away from “Russia did it” – coincidentally entering the public dialogue as revelations have emerged that Hillary Clinton, the Podesta Brothers, Paul Manafort, and the Obama Administration were as thick as thieves with Russian oligarchs – selling 20 percent of American uranium to the Kremlin after the Clinton Foundation received $145 million in suspicious donations.

To review: Racist nationalists around the world – NOT Russia – are using stolen NATO / UK intel documents to spread election-influencing racism over internet message boards – according to an institute whose executive leadership includes the Obama administration’s “Special Representative to Muslim Communities,” Farah Pandith