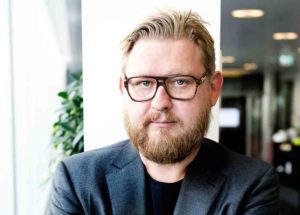 A Swedish journalist who referred to Wikileaks co-founder Julian Assange as a “criminal” over since-dropped rape allegations has been accused of rape and sexually assaulting underage victims as young as 14.

Frederik Virtanen – who also hosts a talk show on Swedish TV, was called out during the #MeToo social media campaign created in the wake of the Harvey Weinstein Hollywood scandal.

Virtanen was first accused of raping Swedish feminist Cissi Wallin in 2006 when she was 21. Four years later, she said an “older man with power” had sexually assaulted her.

“I cannot be quiet anymore,” Wallin said in her Instagram post, adding that she should “have screamed his name long ago.”

After Wallin spoke up, Swdish author Camilla Läckberg voiced her support, claiming she had heard the same stories about Virtanen from “so many others.”

“Cissi is not alone, I’ve heard from so many others about the same man. For years. Still silence,” wrote Läckberg on Instagram.

Feminist Fridah Jönsson was one of those women, alleging Virtanen asked her to sleep with him when she was 14. Another two women claimed Virtanen raped or sexually assaulted them – one of them having been lured to the journalist’s apartment for drinks when she was 16, and another alleged victim who said he tried to rape her when she was 19 in the southern Swedish city of Eskilstuna 17 years ago.