After actor Matt Damon had to answer for pressuring a New York Times reporter to drop a negative story on disgraced Hollywood Mogul Harvey Weinstein, his good buddy Ben ‘get them titties out‘ Affleck was called out by two women who claim the actor sexually molested them, while a third says he was well aware of Weinstein’s predatory behavior.

After Affleck’s virtue signaling statement that he was “saddened and angry” at Weinstein’s behavior (without actually naming him), actress Rose McGowan – featured in the bombshell NYT report on Weinstein’s inappropriate behavior – called BS on his statement…

@benaffleck “GODDAMNIT! I TOLD HIM TO STOP DOING THAT” you said that to my face. The press conf I was made to go to after assault. You lie.

And on Wednesday, actress Hilarie Burton responded to a tweet that Affleck had grabbed her breasts during an appearance on MTV’s “TRL” (Total Request Live): 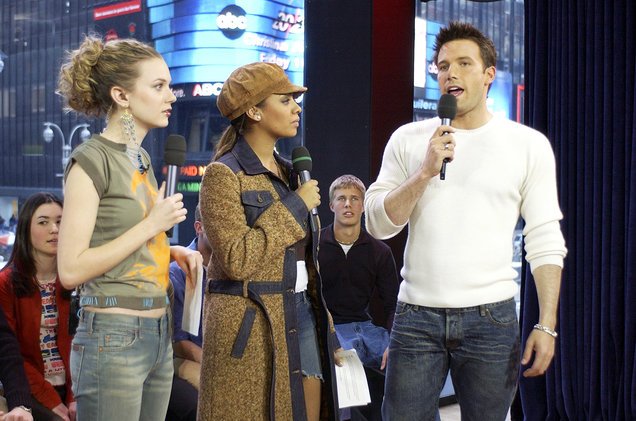 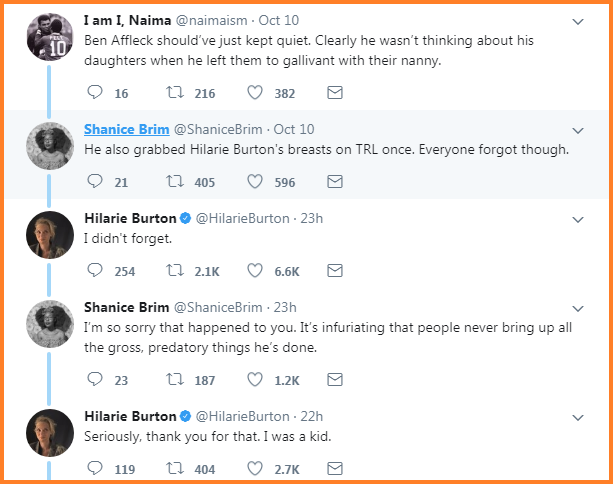 For which Affleck apologized:

I acted inappropriately toward Ms. Burton and I sincerely apologize

Only to be accused hours later of molesting another Hollywood female, makeup artist Annamarie Tendler, at a Golden Globes party three years ago. 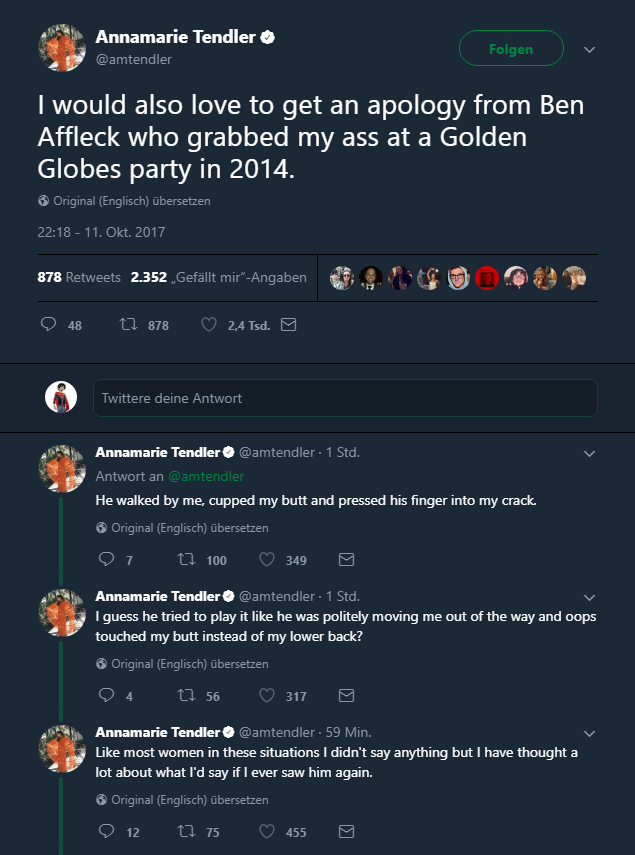 One has to wonder if Ben is “saddened and angry” that he just got called out?

Ben Affleck must step down as Batman