Is Amazon About To Drink UPS and FedEx’s Milkshake? $FDX $UPS $AMZN

Amazon has been progressively marching towards their own shipping solution – from warehouse to doorstep, in a move which threatens to put a serious dent in UPS, and to a lesser extent FedEx.

Both FedEx and UPS dipped over 2% in early trade Thursday after a Bloomberg report broke the news of Amazon’s plan to expand delivery capabilities by 2018. 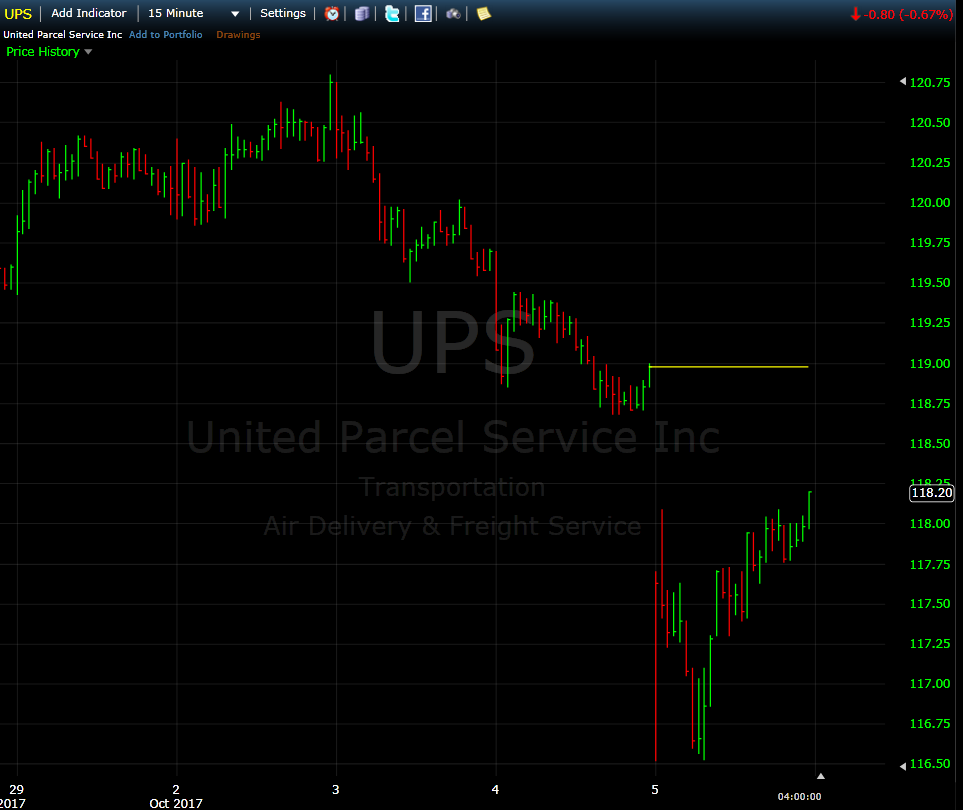 In June, Amazon announced that it would be leasing 40 Boeing cargo planes to handle 20-30% of its cargo volume, according to a report by Moody’s.

UPS currently handles around 30% of Amazon’s 600 million packages within the United States – workout out to an estimated $1 billion / year and growing. While it’s not going to be a death knell for UPS with its $60 billion annual revenue on Amazon packages, consider the fact that in a world growing increasingly reliant on the Amazon monopoly, a greater percentage of all shipments will surely originate from Amazon.

Look at their revenues going back 15 years, courtesy of Exodus: 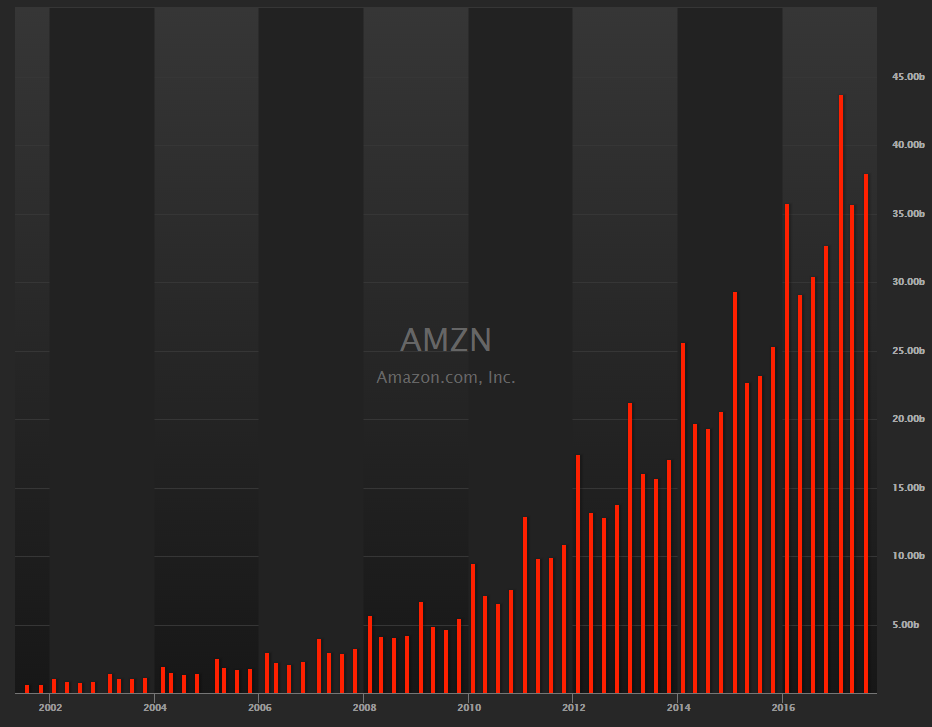 It’s also entirely possible that Amazon – after streamlining its own delivery needs, would offer a public shipping service separate of its online enterprise.

Such an in-house service would obviously put Amazon in more direct competition with longtime partners FedEx and UPS, though it would also be a move the company has been hinting at for some time. Amazon has been fulfilling its own two-day deliveries in India since 2015, and Bloomberg reports that the company has been testing the service in some West Coast markets in the U.S. with the goal of expanding nationally sometime next year.

Amazon has also been experimenting with drone deliveries in recent years, and it acquired French shipping company Colis Privé in a move seen as yet another precursor to an eventual challenge to package delivery giants like FedEx and UPS. Meanwhile, delivery is far from the only market where Amazon is seen as a threat to established players, as the e-commerce giant has already disrupted the traditional retail industry and recently made big pushes into the grocery and meal kit industries, with its purchase of Whole Foods Market.