In an effort to censor the free flow of information – which cost Hillary Clinton the election, Facebook is following in Google’s footsteps with a new initiative to flag and demonetize videos deemed ‘objectionable’ or ‘fake news,’ as the social media giant begins to place ads inside of videos and articles vs. directly into news feeds.

Carolyn Everson, VP of Marketing Solutions, says the new policies are in reaction to advertiser concerns over being paired with content they disagree with.

“Facebook’s 5 million advertisers are increasingly sensitive to their product pitches showing up next to offensive content after a controversy at Google’s YouTube earlier this year. Facebook wants to avoid that so-called brand safety problem.” –Bloomberg

Facebook plans to ensure ‘offensive’ material is enforced via a combination of human and automated review. Via Bloomberg:

The new guidelines apply to publishers that want to run ads with their content and require an “authentic, established presence on Facebook,” proof that “they are who they represent themselves to be, and have had a profile or page on Facebook for at least one month,” the company said.

In order to put ad breaks in their videos, those publishers may need to have a follower base Facebook finds “sufficient,” and the company said that requirement could be applied to other ad features.
Meanwhile, Mueller’s going in hot and heavy on social media 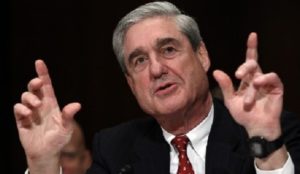 Bloomberg also reports that Special Prosecutor Robert Mueller is “red-hot” focused on “Russia’s effort to influence U.S. voters through Facebook and other social media.”
Mueller’s team of prosecutors and FBI agents is zeroing in on how Russia spread fake and damaging information through social media and is seeking additional evidence from companies like Facebook and Twitter about what happened on their networks, said one of the officials, who asked not to be identified discussing the ongoing investigation.
Last week, Facebook said it had identified around $100,000 in ad spending by a Russian ‘troll farm’ using fake accounts. Nevermind the fact that most of the ads did not favor a specific candidate, and were mostly run in 2015.
Not one to let the Russia story die, of course – Director of National Intelligence, Dan Coats, says Russia is ramping up hacking operations ahead of the 2018 midterm elections.
“Russia has clearly assumed an even more aggressive cyber posture by increasing cyber espionage operations and leaking data stolen from those operations,” Coats said Wednesday at the Billington Cybersecurity Summit in Washington.
Intel Committee Chairman Richard Burr, (R-NC) thinks Facebook’s ‘revelation’ regarding the $100K spent in 2015 is “the tip of the iceberg. I think there’s going to be much more,” adding “This is the wild, wild west.”
Remember:
Hillary lost because James Comey undermined her credibility with the email investigation.
Hillary lost because Bernie talked too much shit during the primaries
Hillary lost because of sexism
Hillary lost because Russia
Hillary did not lose because she’s a deep-state war mongering neocon shill whose charity was exposed as a massive pay-for-play scheme, taking tens of millions of dollars from enemies of the United States.
And as long as Mueller’s witch hunt hangs over Trump’s head, nothing he says or does will be considered legitimate. This is an active campaign to discredit a sitting president, aided by the very social media platforms which facilitated his election.
If you enjoy the content at iBankCoin, please follow us on Twitter
2017-09-13
zeropointnow
Share
Previous History of Syria’s War At Risk As YouTube Deletes Content
Next Bombshell Report Catches Pentagon Falsifying Paperwork For Weapons Transfers To Syrian Rebels