REPORT: Julian Assange Met With Rep Rohrabacher On Wednesday To Cut Deal With US Govt 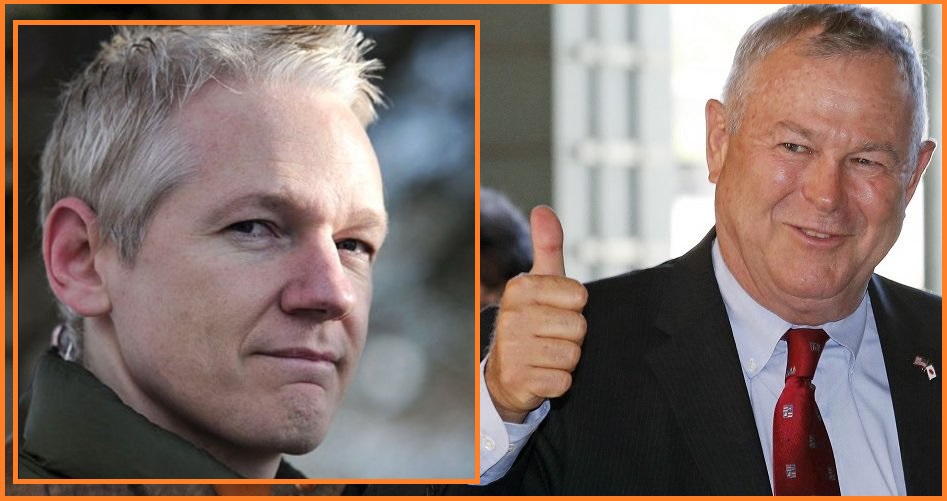 The Daily Caller reports that California Rep. Dana Rohrabacher flew to London and met with Julian Assange yesterday to discuss leaving the Ecuadorian Embassy he’s been living in since June 19, 2012.

Charles Johnson, a conservative journalist, told TheDC that he arranged the meeting for Assange because the WikiLeaks chief wants to strike a deal with the U.S. so he can stop living in asylum.

Rohrabacher’s spokesman Ken Grubbs told TheDC, “I can confirm that the meeting happened” and said that Johnson was in the meeting.

Johnson said that he arranged for the meeting to happen and that Rohrabacher would be the envoy in charge of bringing back a deal to the Trump White House. Assange has taken asylum in the Ecuadorian embassy since August 2012 after facing sexual assault charges in Sweden.

As far as I’m concerned this should have been done on January 21. Does anyone think Trump would have made it to the White House without Assange?