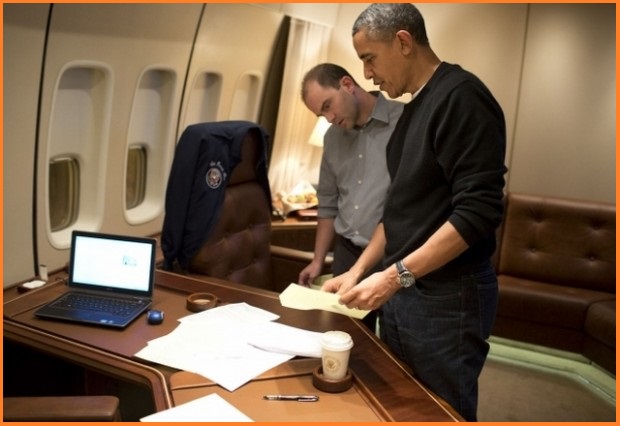 The noose is tightening…

Ben Rhodes, former aide to President Obama, is a “person of interest” in the House Intel Committee’s unmasking investigation, according to Sara Carter of Circa News.

Former Obama White House National Security Adviser Ben Rhodes is now an emerging as a person of interest in the House Intelligence Committee’s unmasking investigation, according to a letter sent Tuesday by the committee to the National Security Agency (NSA). This adds Rhodes to the growing list of top Obama government officials who may have improperly unmasked Americans in communications intercepted overseas by the NSA, Circa has confirmed.

House Intel Committee chairman Devin Nunes (R-CA) reportedly sent a letter to the NSA requesting information on the number of ‘unmasking’ requests Rhodes made between Jan 1, 2016 and Jan 20, 2017, and have requested that the information be made available to the committee no later than August 21.

All Rhodes lead to jail

If the unmasking rumors are true, Rhodes – a former deputy national security advisor under Obama, is in deep shit – joining a list of Obama admin officials included in the House Intel Committee probe, along with former CIA director John Brennan, Susan Rice, and former U.S. Ambassador to the UN Samantha Power. A letter sent last week from Nunes to Trump’s director of National Intelligence, Dan Coats, suggested that hundreds of unmasking requests were made during the 2016 presidential elections.

The story, which was first reported by The Hill last week, stated that the requests were made without specific justifications as to why the unmasking was necessary. Rice and Brennan have confirmed they sought the unredacted names of Americans in NSA-sourced intelligence reports but insisted their requests were routine parts of their work and had no nefarious intentions.

Power also has legal authority to unmask officials, though the practice has not reportedly been common for someone in her position.

Last week, the Washington Examiner reported that Ben Rhodes sat down with the House Intelligence Committee, the same day Jared Kushner apparently dazzled them with his performance.

It was already known that Jared Kushner, top adviser and son-in-law to President Trump, on Tuesday spoke with members of the panel, which is investigating Russian interference in the 2016 election and possible ties to the Trump campaign. CNN’s Manu Raju tweeted Tuesday evening that the network’s chief political analyst Gloria Borger had learned that Rhodes also spoke to the committee.

The Intelligence Committee is investigating intelligence leaks, and Rhodes has become a person of interest for certain Republicans as someone who may be playing a role in the leaking of classified information from the Trump administration to reporters.

This news follows a report that Rep. Ron DeSantis (R-FL) named Ben Rhodes as the creator of an ‘in-house echo chamber’ meant to mislead reporters and the public about President Obama’s nuclear deal with Iran, stating “Any Obama holdover at any of these agencies, you’ve got to get them out of there because clearly they’re not on the same team and particularly on the [White House] National Security Council,” adding “I think Congress and some members of the Intelligence Committee can call Ben Rhodes to testify . . . He may be able to invoke executive privilege from when Obama was president but he definitely can’t do that in any interactions he’s had since then.” –Washington Free Beacon

If you enjoy the content at iBankCoin, please follow us on Twitter
2017-08-01
zeropointnow
Share
Previous General Kelly In 2014: Human Trafficking And Drug Cartels ‘Most Concerning’ Threat Facing U.S.
Next Why Was DC Police Tactical Unit Sent To Nancy Pelosi’s House During Shooting Of Rep. Steve Scalise?