While most of the MSM hand-grenades itself into irrelevancy trying to wage a war against Donald Trump with embarrassingly transparent propaganda, CNN’s death throes have made for some of the most entertaining and unscripted reality TV in the history of humankind.

After firing three employees for publishing Fake News amid tanking ratings right before an undercover sting exposed the Trump-Russia witch hunt as nothing more than a ratings grab, CNN went full Gomer Pyle when they blackmailed a Reddit user for thought crimes – and now they are in a world of shit.

Never before has a network done so much damage to their brand in so little time. 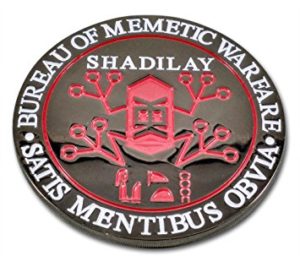 The great meme war began after CNN journalist Andrew Kaczynski – who has a history of ‘doxing’ people, harassing women, and may have driven a guy to suicide, blackmailed a Reddit user who made a satirical video of President Trump ‘beating up CNN’ in an old WWF bit which the President tweeted last Sunday. After the Redditor apologized to CNN for his thought crimes, Kaczynski wrote that CNN “reserves the right to publish his identity should any of that change.”

In response to CNN’s bullying, the internet exploded with rage. In addition to 4chan launching “operation autistic storm,” Infowars kicked off a contest offering a $20,000 prize for the best meme – judged by Infowars journalist Paul Joseph Watson. 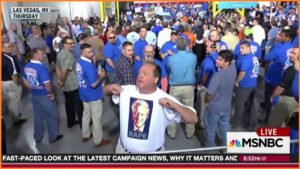 This isn’t the first time Infowars has impacted US politics with hilarious contests. Last October, they offered $1,000 to anyone who made it onto television with a shirt reading “Bill Clinton is a rapist,” and $5,000 for anyone who shouted the phrase on TV while wearing similar attire. The results made national headlines.

Trump supporters far and wide have taken the contest by storm, offering up witty and hilarious submissions in the quest for $20,000 in cold hard cash. There are way too many to post here, so check out twitter hashtag #CNNMemewar

#Editorial This is probably my second favorite meme from the great #CNNMemeWar so far. #MAGA@realdonaldtrump pic.twitter.com/2J4JEqsjH6

"I would have gotten away with it if it wasn't for you meddling memers and your damn frog!"#CNNMemeWar pic.twitter.com/dySNz9OamK

I entered the $20,000 meme war by infowars. memes made of Trump owning CNN. my first submission #InfoWars #CnnMemeWar@RealAlex @MarkDice pic.twitter.com/kYAbHBs0Hp

CNN is taking a beating. Will they apologize? #CNNMemeWar pic.twitter.com/mZQove3Rty