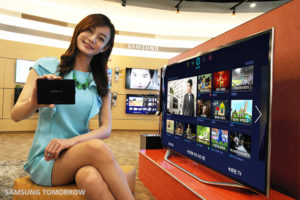 Samsung Electronics Co Ltd has announced plans for a $380 million plant in South Carolina to manufacture home appliances – a move expected to create 954 local jobs by 2020.

“With this investment, Samsung is reaffirming its commitment to expanding its U.S. operations and deepening our connection to the American consumers, engineers and innovators,” said Samsung Electronics America President and CEO Tim Baxter.

The announcement comes one day before South Korean President Moon Jae-in is scheduled to visit the White House, and exactly four months after competitor LG announced a $250 million washing machine plant in Clarksville, Tennessee set to open in 2019.

Samsung’s plans have apparently been in the works for some time. In February, President Trump retweeted a story from Axios (via Reuters) regarding the opening of a factory in the U.S.

Thank you, @Samsung! We would love to have you! https://t.co/r5nxC9oOA4

Samsung responded, saying they had felt pressured by the President, and that nothing had been decided yet.

“We feel pressured for (President Trump) thanking Samsung because nothing has been decided yet, but it could give the wrong impression that Samsung may have done something (as he wished),” an unidentified industry official told the site.” -Business Insider

Samsung is the latest in a growing list of companies giving Trump credit for job creation or investments in the United States. Prior to Trump’s inauguration, Dow Chemical ($DOW), Carrier (owned by $UTX), Sprint ($S), OneWeb, and IBM ($IBM) all gave credit to Trump for bringing thousands of jobs back to the USA – including GM ($GM), which announced a $1 billion investment in US Factories that is expected to result in 7,000 jobs, and a Lockheed Martin ($LMT) announcement of 1,800 jobs added to it’s F-35 fighter jet program.

Japan’s Softbank has also pledged to invest $50 Billion in the United States (a deal in the works before Trump’s election), and Japanese PM Abe is reported to be putting together a US investment package which could generate 700,000 US jobs.

Last but not least, on February 8th, Intel ($INTC) announced a $7 billion investment in a new plant in Arizona, expected to result in at least 10,000 Jobs.