Sarah Palin filed a lawsuit in Manhattan on Tuesday against the New York Times for publishing FAKE NEWS. In a June 14 editorial following the shooting of Congressman Steve Scalise, the paper published an easily fact-checked claim about the former Governor of Alaska, claiming Palin ‘politically incited’ gunman Jared Lee Loughner, who shot former Arizona Congresswoman Gabby Giffords in the head during a 2011 mass shooting. Giffords survived the shooting and resigned from congress.

The article, titled Ameica’s Lethal Politics, also incorrectly claimed that Palin’s PAC published a map which depicted Giffords underneath stylized crosshairs, suggesting it was a “clear” link to the shooting:

‘In 2011, when Jared Lee Loughner opened fire in a supermarket parking lot, grievously wounding Representative Gabby Giffords and killing six people, including a 9-year-old girl, the link to political incitement was clear.

‘Before the shooting, Sarah Palin’s political action committee circulated a map of targeted electoral districts that put Ms. Giffords and 19 other Democrats under stylized cross hairs.‘

‘Though there’s no sign of incitement as direct as in the Giffords attack, liberals should of course hold themselves to the same standard of decency that they ask of the right.’ 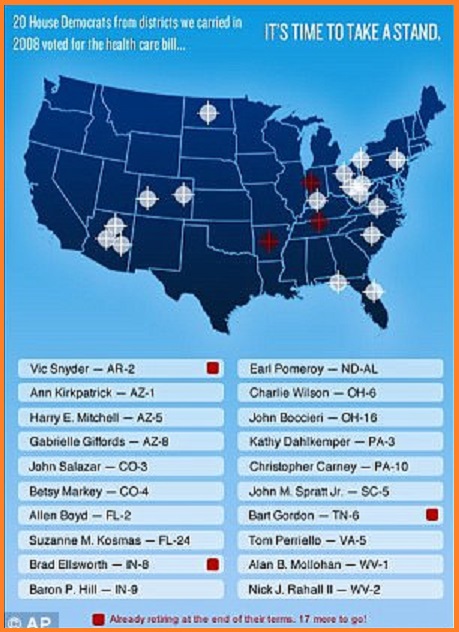 Despite the New York Times issuing a correction clarifying that no link had ever been drawn between Palin’s ad and the shooting, Palin wasn’t satisfied – suing the New York Times for an article her attorneys referred to as “fabricated.”

‘Mrs. Palin brings this action to hold The Times accountable for falsely stating to millions of people that she, a devoted wife, mother and grandmother, who committed a substantial portion of her adult life to public service, is part of a pattern of “lethal​” politics and responsible for inciting an attack that seriously injured numerous people and killed six, including a nine-year-old girl who, at that time, was the same age as Mrs. Palin’s youngest daughter.’ –New York Post

The New York Times says it has not reviewed the lawsuit, however a spokesman told the DailyMail that they intended to defend the article “vigorously.”

I can sue that paper from my House! https://t.co/CVkS2YblAs