In the aftermath of a politically charged Bernie Sanders supporter targeting and gunning down members of the GOP during a baseball practice session, Deputy Attorney General Rod Rosenstein issued a statement Thursday warning people not to blindly accept news “attributed to anonymous ‘officials,’ particularly when they do not identify the country – let alone the branch or agency of government – with which the alleged sources are supposedly affiliated.” 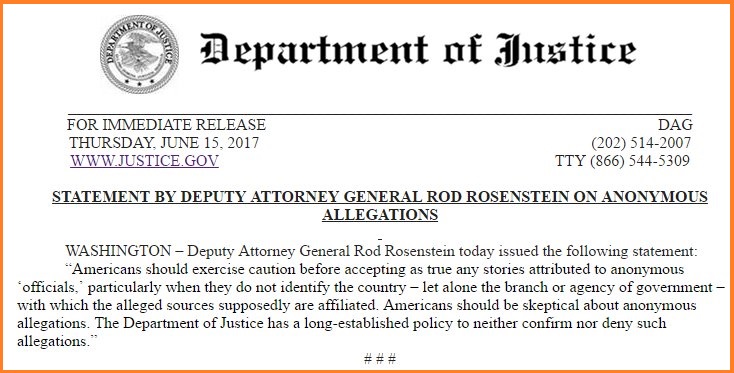 Rosenstein was involved in anonymously sourced story last month in the Washington Post, which claimed the Deputy AG had threatened to resign based on the word of a “person close to the White House, who spoke on the condition of anonymity.”

Except that this was fake news which Rosenstein flat out denied.

The dangers of Fake News

This week’s shooting at a GOP baseball practice session by a crazed liberal proves that fake news hysteria has real world consequences. As David French of National Review brilliantly laid out in a prescient February letter written to anonymous sources:

“You’ve led us astray more than once. You’ve offered competing and incompatible stories about the allegedly “botched” special-forces raid in Yemen. A Washington Post blow-by-blow detailing an alleged confrontation between the secretary of the Department of Homeland Security, John Kelly, and Trump chief strategist Steve Bannon had to be significantly revised. And let’s not forget that one or more of you leaked an “excerpt” of a transcript of Trump’s call with Mexican president Enrique Peña Nieto that made it appear that Trump had threatened to invade Mexico, after which American and Mexican officials alike denied that any such threats were made.

You’re helping build and sustain an atmosphere of national anxiety and even (in some quarters) outright hysteria. You’re leading us to believe that the nation is in the very worst of hands, with incompetent and malicious people at the helm, ready or even eager to plunge the nation into new wars and completely unable to handle new crises as they emerge.”

Instead of owning up, the left doubles down…

In the aftermath of this week’s GOP shooting, the left has once again refused to consider introspection – going so far as to blame Trump for the incident.

The New York Times came out after the shooting and attempted to remind everyone how ‘crazed conservative’ Jared Loughner targeted Democrat Gabby Giffords due to a map published by Sarah Palin with Giffords in stylized cross hairs. Except the story was a flat out lie and the NYT was forced to retract.

Next, look at how Politico writer Darren Samuelsohn’s responds to Rosenstein’s statement – failing to address the entire point of the memo and instead complaining that it was “so generic and didn’t actually specify which news reports it was addressing” that it “caught many in Washington off guard.” 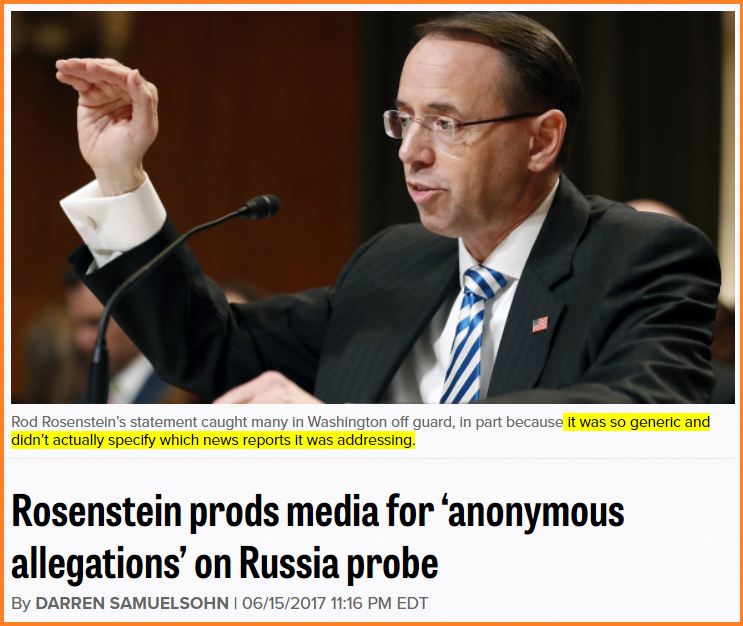 Really Darren? You think that after 18 months of anonymously sourced MSM lie after anyone was caught off guard?

And look at this smug asshole, whose father Irving was the ‘Godfather’ of Neoconservatism…

Heaven forbid the media discover integrity and report how violent social conditioning, anonymously sourced Fake News articles, and a MSM which promotes and defends the destruction of democracy amounts to sedition.